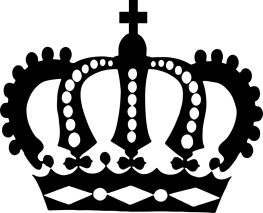 Clovis I was one of the three truly foundational figures in French history, along with Julius Caesar and Charlemagne.  As king of the Franks–rex francorum–he was the first sovereign to bring all of the recalcitrant tribes of the region under one dynasty and one regal roof.  He founded a new dynasty and ruled for thirty years in all:  not reigned, but actually ruled.  He was not a man to be trifled with, and he was what he had to be considering the times and circumstances of his environment.

He was the son of Childeric and Basina.  His one remaining competitor, a man named Syagrius who governed a small statelet at Soissons, he defeated in battle in 486.  Syagrius fled to the court of the Visigothic king near Toulouse, whose name was Alaric II.  When Clovis asked Alaric to hand over Syagrius, Alaric promptly complied; he knew what the price of refusal would be.

Sometimes one incident can reveal more about a man than fifty pages of chronology.  We have one such story in the case of Clovis, and it as valuable for illuminating his character as it is teaching us a general life lesson.  The king is the king, and power is power.

This is the story.  It is found in the history of Gregory of Tours, the Historia Francorum.  Gregory probably found the story in a short monograph on the life of St. Remigius.  So we have every reason to believe it has an authentic basis.

After the Battle of Soissons (described above), Clovis’s men recovered a large amount of spoils and valuables.  Among these were some ecclesiastical objects of significant value.  A bishop asked Clovis if he could have returned to him an object that had been plundered:  a large vase or urn (the accounts are not precise about the object).

Clovis agreed to return the object to the bishop, and invited him to come and retrieve it.  Clovis further asked his chieftains to set aside the urn for the bishop.  In those rude days, we should remember that it was the custom among semi-barbarous nations for the king and his chiefs to share equally in the division of war booty.  One of Clovis’s chiefs did not like the deal that had been made with the bishop, and voiced his dissent by smashing the urn with his war axe.

The chief may have technically had a point in what he did.  For the moment, Clovis swallowed his rage and bided his time.  But as a practical matter, the chief had sealed his fate:  for he had picked a quarrel with one of those people with whom one does not pick quarrels.  He would soon learn of his error of judgment.

The next year at some military event, the king happened on this hot-headed chief and recognized him.  Clovis approached him and found a pretext to criticize him for a supposed problem with one of the chief’s weapons.  The king grabbed the weapon from the chief’s belt and threw it on the ground.

The chief then stooped over to pick up his weapon.  When he did so, Clovis drew his own weapon and clove in his skull with his axe.  His only words were, “As you did to the urn at Soissons.”

2 thoughts on “The Revenge Of Clovis”

He's got it right!