Opinions are opinions, and here are a few of mine.

By the 2000s, enough time had passed since the Lebanese civil war of the 1970s and 1980s to allow for philosophical reflection on the conflict.  Samuel Maoz, who wrote and directed this film, was an Israeli tank crewman during the Israeli invasion of the country in 1982.  So we know right away that this is his own way of coming to terms with that part of his life.

This movie did not get the attention it deserved during its initial release.  But this is a brilliant reflection on man’s behavior under extreme duress, the chaos of war, and the insane depths to which its participants can descend.  The plot, if there is even a plot here, is simple:  we are placed inside the claustrophobic confines of a tank as it lumbers its way from one small village to another.  Along the way, terror, chaos, and violence are waiting behind every rock and lurking around every corner.

Some have criticized this film for its supposed lack of plot.  But those people are missing the point.  This is a character study, a subjection of the consciousness of man under duress to the most intense scrutiny.  And if we can accept it along these lines, we will see that this is one of the great war films in recent years.  It is superior to 2008’s Waltz With Bashir, another Israeli film about the Lebanon War.  That film was very good, but made the mistake of using animation to tell its story; this, in my opinion, undercut the seriousness of the subject matter, and was an artistic misstep.

Although the setting is south Lebanon, this could literally be any war in any time and place.  If it was even possible to get more claustrophobic than Das Boot, this film manages it.  Shooting a film inside a tank turret must have been a hellish experience, never mind fighting in one.  We barely even get the sense that a world exists outside this metal coffin.  Instead we are thrown right into the thick of the action.  In this its lineage owes more to Ernst Jünger’s novel Storm of Steel.  Somehow Maoz manages to pull it all off, without a single false note.

And the transcendent ending is just right.  For in war, out of all the chaos and pain, we can even witness scenes of surpassing beauty.

This is a very good German drama.  The plot:  dirtbag Afghanistan War veteran Thomas is discharged from the Soviet forces, and finds himself moping around his town of Jerichow.  There isn’t much to do, and Thomas is not much interested in making himself useful.  A local Turkish-German businessman eventually hires Thomas, and things seem to be taking a turn for the better.

But of course there is a woman in the mix.  Thomas and his boss’s wife begin a torrid affair, and that, of course, leads to all sorts of potentially explosive consequences.  A morality tale, to be sure, but one told with clarity and an eye to modern-day circumstances.  Love triangles are by nature complicated, and this one handles all the nuances with style and intelligence.

Those who have read the classic book Kon-Tiki will find this a satisfying and honest depiction of Thor Heyerdahl’s famous 1947 voyage across the Pacific in a balsa-wood raft.  For those who don’t know, Heyerdahl was a ethnologist who theorized that the South Sea islands might have been populated by settlers coming from South America in prehistoric times.  To answer those who said that the journey was impossible, he built such a raft himself and did it.  This is the account of that journey.

We have here nothing but good, old-fashioned story-telling, with an exotic and vast Pacific panorama as a backdrop.  It’s a refreshing change from the cynicism and perversity we see celebrated too often in many mainstream films.  They day we cease to admire adventurers and explorers like Heyerdahl is the day we no longer deserve to be called men.

A great Brazilian film.  North Americans may forget (if they ever remembered) that Brazil has its own history of wild frontiers and settlers.  This drama evokes those old days.  The plot:  the time is the early 20th century.  An eccentric Brazilian settler named Vasco de Sá brings his pregnant wife and his mother-in-law to a remote part of Maranhão.  The backdrop is unforgettable:  oppressive sand dunes, wind-blasted landscapes, and complete isolation.

The place is so unforgiving that even the husband’s workers soon abandon him.  Then he himself dies, living the two women to fend for themselves in the middle of nowhere.  Somehow they both manage.  The mother (Áurea) makes it her life’s project to get her daughter out of there to a better life, but somehow Fortune has other ideas.

Never has the specifically Brazilian concept of saudade ever had such melancholy resonance.  This is not just a mother-daughter drama, but a drama about the desire in every human being for betterment and escape from the confines of oppression.  A great and moving film, and one that deserved far more attention than it received. 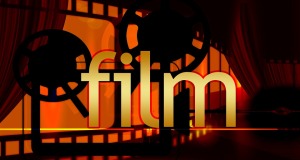 On plane back from a recent flight, I had with me a copy of a few of Euripides’s plays.  One of them, Medea, made a big impression on me for its unrelenting dark theme and disturbing conclusion.  The plot of Incendies shares nothing with Medea, but this is Greek tragedy nonetheless.  In fact, I had read that this film was originally produced as a stage drama.  And this makes perfect sense.

The plot:  a deceased Lebanese woman’s will is read to her daughter and son.  It is filled with baffling requests.  The will tells the children that they must go to Lebanon to find out more details of her life’s story.  And they do, which sets in motion one of the best vehicles for story-telling:  the journey in search of discovery.

But there are dark signposts along the road, and what begins as a journey of discovery turns into a tour of Hades.  This is a shattering drama, right out of ancient Greek models, and spares the viewer absolutely nothing.  Everything leads to one inescapable conclusion, but yet we are powerless to do anything about it:  it has been decreed already by the gods.  Female lead Lubna Azabal’s portrayal is perfect, giving us just the right balance between fortitude and fragility.

What this film really is about, though, is how war can engulf and destroy the lives of even the most blameless and innocent.  Like all great “war” films, the themes are timeless even if the circumstances are tied to one conflict or another.

One final word:  the haunting theme music by Radiohead (“You And Whose Army?”) is perfect, and adds just the right touch of emotional resonance and bitter irony to round out a first-class production.