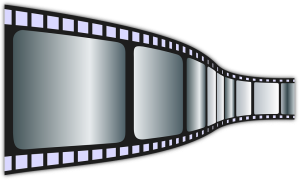 This is an oddity of a movie, but one still very much worth seeing.  The plot:  a reserved and withdrawn architect decides to set off for Italy in order to find inspiration for the book he’s planning to write.  He and his wife are not exactly estranged, but they do feel a distance growing between them.  So they both decide to make the trip.  Along the way, they meet a brother and sister who intrigue them.  The young girl has medical issues, and the young man is (coincidentally) an aspiring architect.

The young man and the old architect decide to make the trip to Italy together, with the wife remaining with the young girl.  The trip slowly becomes a journey of discovery, and the lessons learned help the architect rejuvenate his outlook on life.

Anyone interested in architecture should see this movie, as well as anyone who likes good art-house entertainment.  It’s not a film for everyone:  it feels like a stage play, and the dialogue has that stilted David Mamet-esque quality to it (which is a compliment).  But who can argue with the incredible sets, the intense conversations, and the life-affirming message?  A perfect tonic for the avalanche of negativity out there in the world today.

This is another low-budget independent drama, and is also one I’d recommend.  The plot:  a has-been palooka fighter (Corey Stoll) gets pulled into the criminal world of loan-sharking.  He prefers to train an up-and-coming fighter, but some errors in judgment land him in a blackmail scheme.  Soon he must make a choice between his own self-preservation and his moral integrity.

This is one of those movies that has an excellent “feel” to it.  Expertly shot, precisely planned, and driven by dialogue, the movie makes up for its relative lack of thrills by delivering a compelling moral dilemma.  The ending may not satisfy everyone, but for a low-budge indie drama, this is about as good as it gets.  Special mention goes to actor Billy Crudup, who plays an eccentric and malevolent gangster who owns (of all things) a snow leopard.

The soundtrack is also first-rate.

Another well-done low-budget drama, this one feels like it came right off a stage.  The plot:  Patrick Stewart plays a jaded and bombastic ballet instructor who is visited one day by a couple who claim to be journalists.  They ask to interview him for a story they’re writing, and he agrees.  It soon becomes clear that the couple has their own agenda, and that it has nothing to do with dance.

Another great feather in the acting cap of Patrick Stewart, who overshadows everyone else in this interesting, offbeat little tale of perversity.  I can’t think of any other actor of his age who has the range, the experience, and the ability to pull off roles like this one.

Just like the other two movies discussed above, I can say that I’m glad little films like this are still being made.