Little Portugal, located at the western-most tip of Europe, was not naturally endowed with natural resources (save for its Atlantic proximity).  Yet it did have the daring, tenacity, and vision of great men, and that proved to be sufficient to propel it to world prominence.

In the fifteenth and sixteenth centuries, it inaugurated nothing less than a commercial revolution and laid the foundations of an empire that endures to the present day.  The first step was Iberian independence:  that is, detaching itself from the body of Spain.  Portugal and Spain have had an intimate and complex relationship over the centuries:  part rivals, part brothers, and part co-equals.

The kingdom of Portugal itself dates from 1139.  The state began to congeal with a distinct sense of identity under the rule of Dinis (Rei Lavrador, or the “Laborer”), who ruled from 1279 to 1325.  He succeeded in his task of centralizing royal power and consolidating the idea of the nation-state.  Further progress was made by his notable successors Affonso IV (1291-1357) and especially John I (“John the Great”) who ruled for 48 years after his victory at the Battle of Aljubarrota on August 14, 1385.

John’s energy and longevity proved to be a blessing.  Reforms were instituted in government, the law, commercial transactions, and in military affairs.  His dynasty would continue to rule for another two centuries:  rarely has the influence of one man been so decisive in a state’s national development.

But it was in commercial relations that profound changes would come.  It began with Henry (Henrique) “The Navigator” (1394-1460).  Henrique was in charge of the region of Ceuta, which had been conquered from the Arabs in 1415; and it is probable that the Arab and Jewish merchants living there stimulated the Portuguese kingdom’s curiosity that would impel further African exploration.

All through the Middle Ages, Islamic and Jewish traders had penetrated deeply into West Africa.  They had all the contacts, and were, so to speak, “holding all the cards.”  Senegal and Timbuktu were there, beckoning with fortunes in slaves, gold and ivory, but they were not very accessible to Christian Europeans.

We should in fairness note here that in those days everyone engaged in the slave trade, both Christian and Islamic rulers, as well as African chieftains themselves.  The economic incentives were simply too great.

But the secrets of these commercial routes were jealously guarded.  In those days, as now, economic competitors propped up their monopolies by whatever means they could.  Venice, for example, had a direct line of trade with Syria and the Middle East, and kept all other European rivals out.  Muslim merchants had direct commercial lines of contact with India and China, and charged hefty sums for their services as brokers between Europe and Asia.

But what if a direct maritime route could be found to Christian Abyssinia, India, and China that outflanked the Islamic world and the Mediterranean domains of Venice?  Was this possible?  The Portuguese crown thought so, and went about the task of searching for it with vigorous and secretive determination.

Portugal went about the task carefully.  At Sagres in 1420, Henry established what would today be called a “think-tank” where scholars, geographers, astronomers, and sailors could collate and organize their knowledge.  This work took more than forty years.  The Azores and the Madeira islands, which were known to the Greeks and Romans but apparently had been forgotten in the Middle Ages, were rediscovered and claimed for Lisbon. 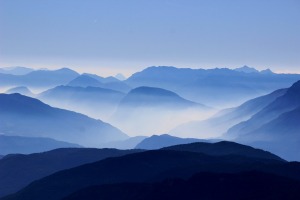 Proceeding down the coast of Africa was the first obstacle.  Africa had apparently been circumnavigated in remote antiquity by Phoenician sailors; but here again, this knowledge had never been widely disseminated and was entirely lost in time.  Henry ordered his men to proceed south beyond Bojador; this was done in 1435.  A few years later, Nuno Tristão made it to Capo Blanco, and in 1456 Ca Da Mosto discovered the Cape Verde Islands.  The tempo of operations was picking up.

The Congo River was discovered in 1484 by Diogo Cão.  These preliminaries set the stage for the greatest prize of all:  an all-water route to India.  This was what Christopher Columbus was looking for on behalf of Spain in 1492; but he underestimated the size of the world and did not expect to run into a new continent.  While he flummoxed around in the Caribbean, the Portuguese beat him to India.

In 1487 King Manuel authorized Vasco da Gama to round the Cape of Good Hope and keep going.  This he did.  He rounded the Cape and reached Calcutta after an epic journey that required 137 days to reach the tip of Africa and another 178 days after that to reach India.  The Indians and Muslim traders there promptly clapped him into jail, but somehow he talked his way out of trouble.  Not only this, but he secured permission to trade there.  He also took a huge cargo of spices with him back to Lisbon, literally worth their weight in gold at that time. 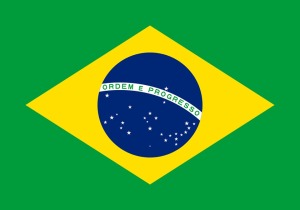 Brazil was accidentally discovered in 1500 when Pedro Cabral veered off course in one of his African journeys.  The country was claimed for Portugal, but there was at the time little profit to be found there:  spices were far more desired.  Having established a trading outpost in India, the Portuguese had to fight to stay there; the Hindus and Muslims there at best saw them as a nuisance, at worse threatening competitors.

After the early 1500s the Portuguese were nearly everywhere that mattered in the Middle East and Asia.  Outposts were planted in Hormuz and Aden in the Arabian (Persian) Gulf.  Malaysia and the Moluccas were reached around this time also.  The spices grown in this region proved to be even better than the ones grown in India, and far less costly to produce.  It was a spice revolution within a commercial revolution.

The dominions of Portugal now covered the entire globe.  By 1516 Duarte Coelho had established trading posts in what is now Vietnam, and in 1517 Fernão Pires de Andrade did the same in mainland China.  All in all, it was an incredible achievement, never equaled in history for a nation of similar size and resources.  Many of these great deeds were chronicled in the works of Fernão Lopes (1385-1459), whose massive work Cronacas are some of the first efforts of modern European historiography.

It was with justifiable pride, then, that the great poet and chronicler of the age, Luís Vaz de Camões, could pen these immortal verses from his masterpiece Os Lusíadas, which are redolent of Virgil:

And these verses mean (translation by William J. Mickle):

Arms and the Heroes, who from Lisbon’s shore,
Thro’ seas where sail was never spread before,
Beyond where Ceylon lifts her spicy breast,
And waves her woods above the wat’ry waste,
With prowess more than human forc’d their way
To the fair kingdoms of the rising day:

What wars they wag’d, what seas, what dangers pass’d,
What glorious empire crown’d their toils at last,
Vent’rous I sing, on soaring pinions borne,
And all my country’s wars the song adorn;
What kings, what heroes of my native land
Thunder’d on Asia’s and on Africa’s strand:
Illustrious shades, who levell’d in the dust
The idol-temples and the shrines of lust.

If you enjoyed this article, you should check out my seminal book Pantheon, which contains a chapter on Portugal’s ill-fated Marquis de Pombal as well as a chapter on the life of the poet Camões.