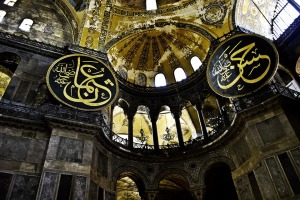 Many decades before 1453 (the year Constantinople finally fell to the Ottoman Turks), the Byzantine “Empire” had become a sad parody of its former self.  Mismanagement, bad leadership, and the inability of the old state to cope with the challenges of its strategic environment had fatally doomed it long before Ottoman cannon breached its walls.

It even collaborated with the Turks on occasion:  it sent 12,000 soldiers for service with the sultan in 1379, and never failed to miss an opportunity to purchase transient peace with gold or silver.  But even these measures could not long stem the inevitable tide of history.  The Byzantine Empire (perhaps more accurately, the “Roman Empire”) had shrunk down to a point where it was barely more than one city:  Constantinople.  The appearance of Timur the Lame (“Tamerlane”) provided the rickety Greek empire some temporary relief.  Timur and his Tatars swept into the Middle East from Central Asia, determined to teach the Ottomans a lesson in military prowess.  Sultan Bajazet rode to meet him at Ankara, and there faced a decisive defeat (and capture) in 1402.  A breathing space for Byzantium was briefly won, but the Turks would soon return after Timur’s empire waned.

One might have expected the Christians of the West to have at least made a token effort to assist their co-religionists of the east.  But this was not the case.  Rome and Byzantium were separated by centuries of bitter acrimony which seemed to defy all efforts at resolution.  Perhaps it is true, as someone once said, that there is no one more furious than an outraged theologian.  Both the Latin and the Greek churches claimed to be ascendant over the other, and to be the rightful heirs to the mantle of Christ; and neither side was willing to let go of the grievances of the past. 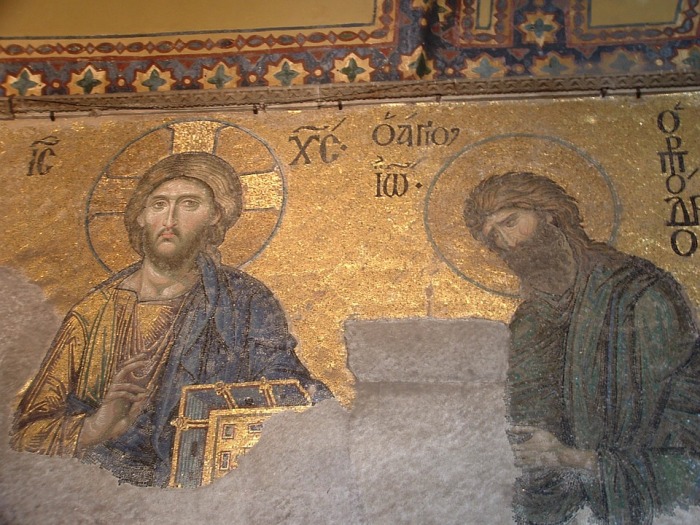 The hatred was real, and of old date.  In 1204, the Fourth Crusade was cleverly diverted from its supposed objectives in Palestine to a military adventure against Constantinople.  The resulting plunder of the city was something that the Greek emperors would neither forgive nor forget.  One Byzantine official stated that he prefer to see a Turkish turban on the throne at Constantinople than the red hat of a Roman cardinal.  Although this may have been hyperbole, the point was that the Ottomans were greatly assisted by disunity among their potential adversaries in Christendom.

Mehmet II (the Conqueror) came to the Turkish throne after the death of his predecessor Murad II in 1451.  Mehmet was only twenty-one years old, an incredibly youthful age for a sultan who aspired actually to rule as well as reign.  The Greek emperor at the time was Constantine XI Paleologus; he did the best he could with the poor hand of cards he was dealt, but he knew that he and his city were ultimately doomed.

Mehmet drove home this point clearly enough by securing treaties of friendship and nonaggression with the Christian states of Venice, Wallachia, Bosnia, and Hungary.  He wanted to protect his flanks before making the final move against Constantinople.  For eight months, he made military preparations for a vast siege.  The largest cannon ever cast were forged on his orders; these Big Berthas of their day could fire a 600-pound stone projectile against the stubborn walls of the old city.  Firepower, then as now, could make all the difference in military operations.  In June 1452, Mehmet began the campaign against the city with a force of over 140,000 men. 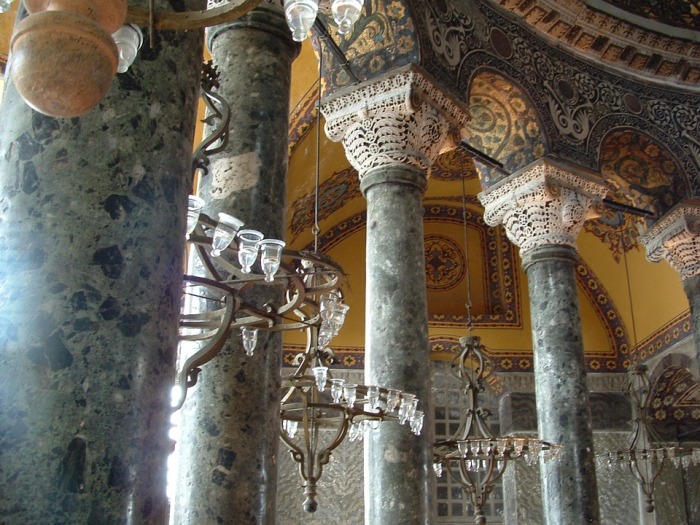 Constantine, it must be said, defended his city heroically; his leadership ensured that the last page of the history of the Roman Empire would be written with glory.  Sleeping little, he personally supervised the all aspects of the defense.  But there was only so much he could do, for by this time the Turks had the city completely surrounded and blockaded.  To his credit, Constantine refused to surrender, determined to go down fighting.  In this age, kings did not die in their beds.

Mehmet’s cannon blasted Constantinople’s thick walls; the blockade did its work; and his astute alliance system kept out any potentially meddlesome European intervention.  The end was now near.  In May 1453, the Turkish advance guard surged across one of the city’s moats that had been filled in with the bodies of the slain.  Soon the army itself was within the walls.  The entire city was engulfed in ferocious fighting.

According to historian Edward Gibbon, Mehmet had told his troops:  “The city and the buildings are mine; but I resign to your valor the captives and the spoil, the treasures of gold and beauty; be rich and be happy.  Many are the provinces of my empire; the intrepid soldier who first ascends the walls of Constantinople shall be rewarded with the government of the fairest and most wealthy; and my gratitude shall accumulate his honors and fortunes above the measure of his own hopes.” 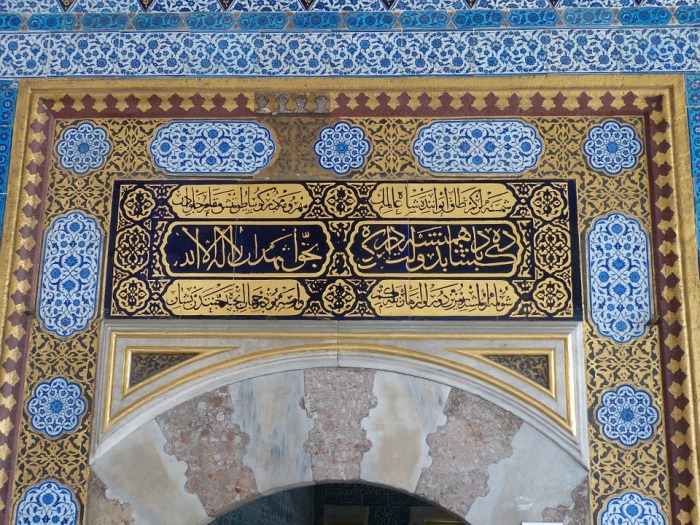 The fall of the city was an incredible spectacle.  Constantine had taken the last rites with a stout heart.  Gibbon relates:

The emperor, and some faithful companions, entered the dome of St. Sophia, which in a few hours was to be converted into a mosque; and devoutly received, with tears and prayers, the sacrament of holy communion.  He reposed some moments in the palace, which resounded with cries and lamentations; solicited the pardon of all whom he might have injured; and mounted on horseback to visit the guards and explore the motions of the enemy.  The distress and fall of the last Constantine are more glorious than the long prosperity of the Byzantine Caesars.

Mehmet himself was no less impressive.  This was a fight of true men of valor.  Gibbon’s final words on the fall of the city resonate with the requisite drama for a scene so awesome:

In that fatal moment, the Janizaries arose, fresh, vigorous, and invincible.  The sultan himself on horseback, with an iron mace in his hand, was the spectator and judge of their valor; he was surrounded by ten thousand of his domestic troops, whom he reserved for the decisive occasion; and the tide of the battle was directed and impelled by his voice and eye…The cries of fear and of pain were drowned in the martial music of drums, trumpets, and attaballs; and experience has proved that the mechanical operation of sounds, by quickening the circulation of the blood and spirits, will act on the human machine more forcibly than the eloquence of reason and honor.

From the lines, the galleys, and the bridge, the Ottoman artillery thundered on all sides; and the camp and city, the Greeks and the Turks, were involved in a cloud of smoke, which could only be dispelled by the final deliverance or destruction of the Roman Empire.  The signal combats of the heroes of history or fable amuse our fancy and engage our affections; the skillful evolutions of war may inform the mind, and improve a necessary though pernicious science.  But, in the uniform and odious pictures of a general assault, all is blood, and horror, and confusion; nor shall I strive, at the distance of three centuries and a thousand miles, to delineate a scene of which there could be no spectators…

Constantine himself was slain in the chaos, swinging his sword and fighting to the last.  He had exchanged his imperial robes for a simple soldier’s tunic, and his body was never recovered.  The plunder of the city was thorough, but not indiscriminate.  Mehmet had decreed that buildings were not to be touched by looters on pain of death:  he was a man of discipline.  When one of his soldiers was caught destroying a marble relic in St. Sophia, Mehmet himself drew his sword and killed the man.  It is a dramatic episode in history, but one a long time in the making.  “In one sense,” said one historian, “nothing [of cultural value] was lost; only the dead had died.”  Fortunately most of the literary treasures of the ancient world had already been removed in preceding decades by scholars who had emigrated to Italy, helping seed the Italian Renaissance.

The fall of Constantinople removed the last bulwark to Ottoman expansion into the Balkans and southern Europe.  That tide would not recede for a century and a half.  The news of the disaster made the crowned heads of Europe tremble.  Yet in history, that which dies or collapses usually deserves its fate.  The Byzantine Empire had performed its function of protecting Europe from Asia for over a thousand years, and that function would now be taken up by others.  Byzantium’s task had now ended.  The grateful memory of future generations dutifully acknowledges its service and sacrifices, and quietly contemplates mistress Fortune as she lays her wreath upon the tomb of the fallen.