Skip to content
HomeMany Go To The Market-Place, But Few Seek The Crown At Olympia 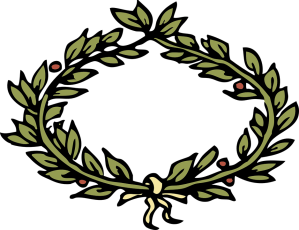 Diogenes Laertius’s Lives of the Philosophers contains interesting stories and sayings of a great many ancient Greek sages, of whom most we would otherwise know almost nothing.  My own well-worn copy of the book presented me recently with the wit and wisdom of Lyco, who is said to have lived from 299 to 225 B.C.  The details about his life and legacy are found in V.4 of the Lives.

A particular anecdote of his found a receptive audience with me today.  This is the story, as told by Diogenes:

…Those who regretted their neglect to learn when they had the opportunity and wished they had done so he would hit off neatly as follows, remarking that “they were their own accusers, betraying, by vain regret, repentance for an incorrigible laziness.”

Those who deliberated wrongly he used to say were out in their calculations, as if they had used a crooked rule to test something straight, or looked at the reflection of a face in troubled water or a distorting mirror. Again, “Many go in search of the garland of the market-place; few or none seek the crown at Olympia.”

As much as these words may pain us to hear them, hear them we must.  How often have we heard tired older people complain that they wished they had made more of an effort to learn when they had the chance?  Or bemoan the loss of missed opportunities?  I also have little patience for those who refuse to try, and have made this point repeatedly in my writings and podcasts.

Lyco had little patience for such statements, as the quotes above demonstrate.  Failure to make efforts to learn, develop, study, and grow is not excusable:  it is simply the produce of “incorrigible laziness.”  Just as things were in Lyco’s day, so they are in our day.  Many people roam around the market-place, looking to be ordinary.  Few dare to seek the crown at Olympia.

It is very inspiring for me personally to read the heart-felt emails from the readers of this blog from different parts of the world.  Many of them are inquisitive, bold, and seeking to reach for the better things in life.  Even when they are tormented by doubts or reservations, they still have a spirit that can be felt through the pulse of their sentences.

One of the questions that I see often about my book On Duties revolves around readers’ fears that they may not be able to “live up” to the high standard that Cicero lays down for us in his masterwork.  I understand this perfectly.  I also sometimes have felt overwhelmed and–perhaps–haunted by feelings of being inadequate for the tasks he enjoins.  I suspect that many readers feel the same way.

But these feelings are normal, and natural.  In fact, if one did not feel somewhat intimidated by the high standards set out in On Duties, he would be insensitive and inattentive to the message.  The good man, I am sure, never feels like he has done enough:  he always feels like he has fallen short somehow.  But this very trait is what makes him a good man, even a great one.  He is always looking to better himself and his accomplishments.

So keep this in mind.  Just by virtue of asking these questions, and feeling this way, you are doing better than the vast majority, and are well on your road to the crown of Olympia.  Cicero was acutely aware that he was setting a very high standard.  He knew it, of course.  But he also was wise, practical, and a student of human nature.  He knew that unless the bar were set very high, people would have a natural tendency to backslide.  Better to set the standard too high than too low.  And in this, of course, he was absolutely correct.

I will close by giving another example of Lyco’s practical wisdom.  His will has been preserved, and I will quote it in full below.  Why?  It shows just how astute an observer of human nature Lyco was.  For a philosopher, he was admirably practical and free from ethereal flights of fancy.  It also tells us some interesting cultural things about the ancient world:

These are my dispositions concerning my property, in case I should be unable to sustain my present ailment. All the goods in my house I give to my brothers Astyanax and Lyco, and from this source should, I think, be paid all the money I have laid out at Athens, whether by borrowing or by purchase, as well as all the cost of my funeral and the other customary charges.

But my property in town and at Aegina I give to Lyco because he bears the same name with me, and has resided for a long time with me to my entire satisfaction, as became one whom I treated as my son. I leave the Peripatus to such of my friends as choose to make use of it, to Bulo, Callinus, Ariston, Amphion, Lyco, Pytho, Aristomachus, Heracleus, Lycomedes, and my nephew Lyco.

They shall put over it any such person as in their opinion will persevere in the work of the school and will be most capable of extending it. And all my other friends should co-operate for love of me and of the spot. Bulo and Callinus, together with their colleagues, shall provide for my funeral and cremation, so as to avoid meanness on the one hand and extravagance on the other.

After my decease Lyco shall make over, for the use of the young men, the oil from the olive-trees belonging to me in Aegina for the due commemoration–so long as they use it–of myself and the benefactor who did me honour. He shall also set up my statue, and shall choose a convenient site where it shall be erected, with the assistance of Diophantus and Heraclides the son of Demetrius.

From my property in town Lyco shall repay all from whom I have borrowed anything after his departure. Bulo and Callinus shall provide the sums expended upon my funeral and other customary charges. These sums they shall recover from the moneys in the house bequeathed by me to them both in common.

They shall also remunerate the physicians Pasithemis and Medias who for their attention to me and their skill deserve far higher reward. I bequeath to the child of Callinus a pair of Thericlean cups, and to his wife a pair of Rhodian vessels, a smooth carpet, a rug with nap on both sides, a sofa cover and two cushions the best that are left, that, so far as I have the means of recompensing them, I may prove not ungrateful. With regard to the servants who have waited upon me, my wishes are as follows.

To Demetrius I remit the purchase-money for the freedom which he has long enjoyed, and bequeath to him five minas and a suit of clothes to ensure him a decent maintenance, in return for all the toil he has borne with me.  To Crito of Chalcedon I also remit the purchase-money for his freedom and bequeath to him four minas.  And Micrus I emancipate; and Lyco shall keep him and educate him for the next six years. And Chares I emancipate, and Lyco shall maintain him, and I bequeath him two minas and my published writings, while those which have not been given to the world I entrust to Callinus, that he may carefully edit them. 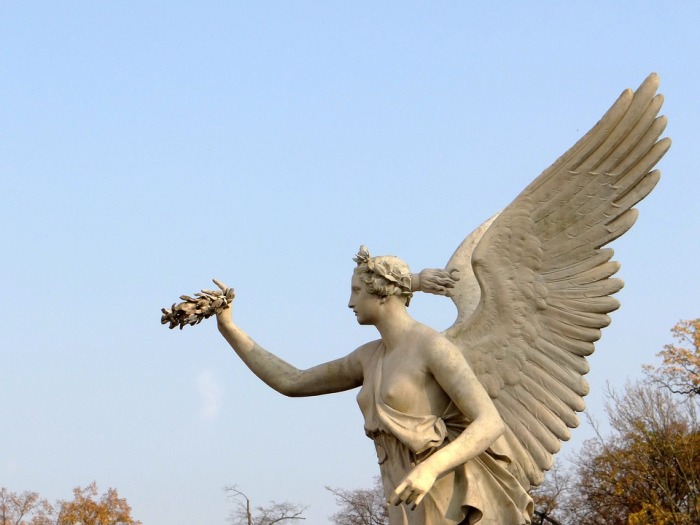 To Syrus who has been set free I give four minas and Menodora, and I remit to him any debt he owes me. And to Hilara I give five minas and a double-napped rug, two cushions, a sofa-cover and a bed, whichever she prefers. I also set free the mother of Micrus as well as Noëmon, Dion, Theon, Euphranor and Hermias. Agathon should be set free after two years, and the litter-bearers Ophelio and Posidonius after four years’ further service.

To Demetrius, to Crito and to Syrus I give a bed apiece and such bed-furniture out of my estate as Lyco shall think proper. These shall be given them for properly performing their appointed tasks. As regards my burial, let Lyco bury me here if he chooses, or if he prefers to bury me at home let him do so, for I am persuaded that his regard for propriety is not less than my own. When he has managed all these things, he can dispose of the property there, and such disposition shall be binding.

To learn more about the principle of greatness of soul and how to be truly wise, consult my landmark translation of On Duties.