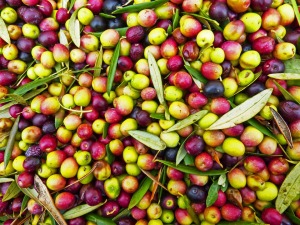 Here are some sayings and stories taken from Diogenes Laertius’s Lives of the Philosophers.  I’ve mentioned this book in a few previous articles here.  Practical life advice, amusing anecdotes, and mischievous criticisms of famous names never lose their freshness or fail to bring a smile.  Indeed, we often forget that one of the greatest lessons philosophy can teach us is a sense of humor about ourselves and most other worldly things.

Being asked wherein lies the difference between the educated and the uneducated, Chilon answered, “In good hope.” What is hard? “To keep a secret, to employ leisure well, to be able to bear an injury.” These again are some of his precepts: To control the tongue, especially at a banquet. Not to abuse our neighbors, for if you do, things will be said about you which you will regret.

Do not use threats to any one; for that is womanish. Be more ready to visit friends in adversity than in prosperity. Do not make an extravagant marriage.  Of the dead, say nothing but good.  Honor old age. Consult your own safety. Prefer a loss to a dishonest gain: the one brings pain at the moment, the other for all time.

Do not laugh at another’s misfortune. When strong, be merciful, if you would have the respect, not the fear, of your neighbors. Learn to be a wise master in your own house. Let not your tongue outrun your thought. Control anger…Do not aim at impossibilities.

Let no one see you in a hurry. Gesticulation in speaking should be avoided as a mark of insanity. Obey the laws. Be restful. [I.3]

Through watching a mouse running about, says Theophrastus…not looking for a place to lie down in, not afraid of the dark, not seeking any of the things which are considered to be dainties, he discovered the means of adapting himself to circumstances. He was the first, say some, to fold his cloak because he was obliged to sleep in it as well, and he carried a wallet to hold his victuals, and he used any place for any purpose, for breakfasting, sleeping, or conversing.

He was great at pouring scorn on his contemporaries. The school of Euclides he called bilious, and…the performances at the Dionysia great peep-shows for fools, and the demagogues the mob’s lackeys.

He used also to say that when he saw physicians, philosophers and pilots at their work, he deemed man the most intelligent of all animals; but when again he saw interpreters of dreams and diviners and those who attended to them, or those who were puffed up with conceit of wealth, he thought no animal more silly. He would continually say that for the conduct of life we need right reason or a halter…

He would say that men strive in digging and kicking to outdo one another, but no one strives to become a good man and true. And he would wonder that the grammarians should investigate the ills of Odysseus, while they were ignorant of their own. Or that the musicians should tune the strings of the lyre, while leaving the dispositions of their own souls discordant; that the mathematicians should gaze at the sun and the moon, but overlook matters close at hand; that the orators should make a fuss about justice in their speeches, but never practise it; or that the avaricious should cry out against money, while inordinately fond of it.

He used also to condemn those who praised honest men for being superior to money, while themselves envying the very rich. He was moved to anger that men should sacrifice to the gods to ensure health and in the midst of the sacrifice should feast to the detriment of health. He was astonished that when slaves saw their masters were gluttons, they did not steal some of the viands.

He would praise those who were about to marry and refrained, those who intending to go a voyage never set sail, those who thinking to engage in politics do no such thing, those also who purposing to rear a family do not do so, and those who make ready to live with potentates, yet never come near them after all. He used to say, moreover, that we ought to stretch out our hands to our friends with the fingers open and not closed…

Having been forbidden to sit down, “It makes no difference,” said he, “for in whatever position fishes lie, they still find purchasers.” And he said he marvelled that before we buy a jar or dish we try whether it rings true, but if it is a man are content merely to look at him…

Again, another time he was eating dried figs when he encountered Plato and offered him a share of them. When Plato took them and ate them, he said, “I said you might share them, not that you might eat them all up.”

And one day when Plato had invited to his house friends coming from Dionysius, Diogenes trampled upon his carpets and said, “I trample upon Plato’s vainglory.” Plato’s reply was, “How much pride you expose to view, Diogenes, by seeming not to be proud.”  [VI.2]

The quotes above are taken from the edition by R.D. Hicks.

To learn more wisdom that you can apply to your daily life right now, check out my book On Duties.