Skip to content
HomeThe Song Of Roland: Duty And Sacrifice 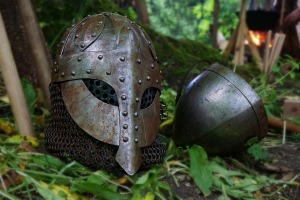 As Europe took shape in the early medieval period, the vernacular languages found their voices in popular epics and ballads.  This was not an accident; access to Latin and its literature required literacy, and this was something not easy to come by at that time.  But the lay audiences of Europe began to develop their own voices, and these soon coalesced by degrees into coherent form.  The tradition was mostly oral at first, until these songs and ballads began to be written down.  In every new civilization it seems that the epic ballad occupies the first stage of literary expression; perhaps this is because a people must first master their environments before they can have the leisure to philosophize.  And mastery of the environment means capability in war.

National epics exist because the people cry out for them.  A grouping of humanity cannot be a nation unless it has collected around itself a spirit, ethos, culture, and identity.  Citizens come and go; but what truly lingers in the popular consciousness is the imperceptible spirit of place.  This–among other things–is what makes the nation.  Thus France has her Song of Roland; Germany her Nibelungenlied; Iceland her blood-soaked Eddas; Spain her El Cid; and England her Arthurian tales.  Every nation needs its myths:  it cannot be otherwise.  And when the myth dies, so dies the identity.

The Chanson de Roland (Song of Roland) seems to have been composed in the early twelfth century, but is origins are likely much earlier than this.  It is loosely based on the Battle of Roncevaux in A.D. 778, but this a story of human emotion, not armies moving across the terrain.  The basic story of the poem involves the last stand of the heroic Roland, a warrior in the service of Charlemagne, that greatest of all medieval kings. 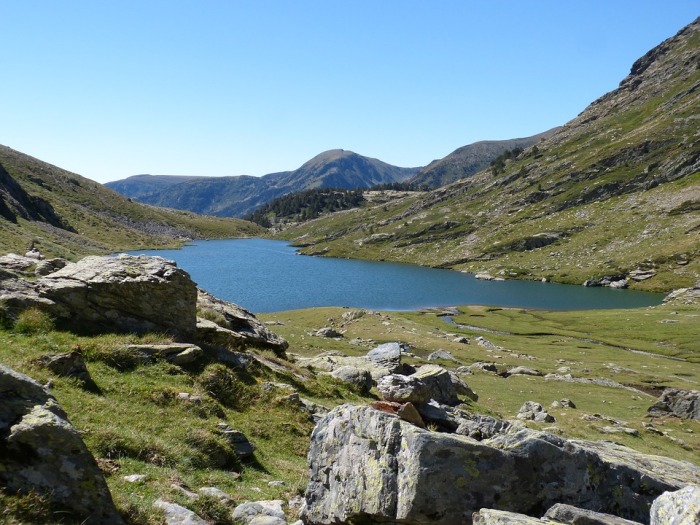 But let us consider our poem.  Charles is moving back into France after having conducted an unspecified incursion into Islamic Spain.  A traitor named Ganelon reveals details of the line of march to the enemy as the army is crossing the Pyrenees, and the men are ambushed by Basques.  Roland (bringing up the rear) is among those attacked, and he, along with his friend Olivier and the Archbishop Turpin, fight off the attackers heroically.  Finally forced to call for help from Charlemagne, he sounds his horn, which resonates through the desolate mountains.  Such is the confusion and carnage of battle that Roland’s helmet is smashed by an accidental blow from his comrade Olivier, his eyes blinded by blood flowing down his face.

As both Olivier and Turpin die, the heroic Roland is himself mortally wounded, and smashes his sword Durendal against a rock to prevent its use by the enemy.  When Charlemagne arrives on the scene, he finds the bodies of three men who went down fighting with his name on their lips. 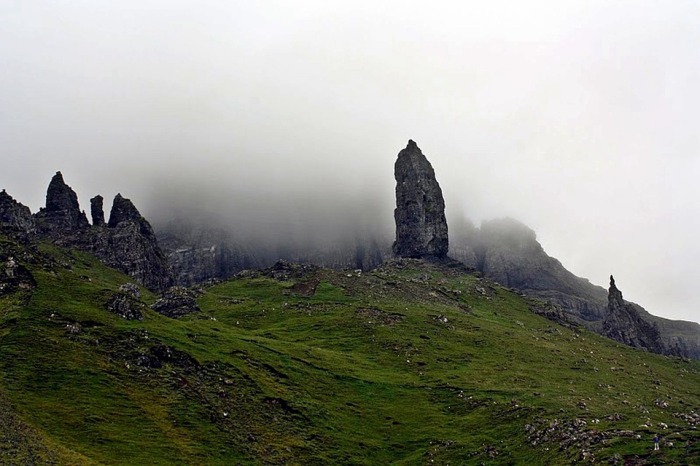 It is a stately and grand poem, able in its 4,000 lines to express at the same time the tenderest of sentiments as well as the clash and ring of medieval battle.  Perhaps no one who cannot read Old French (myself included) can fully appreciate its power; but even through the fog of translation, its verses move the soul with their piety and sense of duty. These lines, for example, capture both the tragedy of death and the glory of Roland’s cause:

Descending from his head down to his heart.

Running, he makes his way beneath a pine,

And on the green grass he prostrates himself,

Placing beneath him sword and oliphant,

His head he turns towards the infidel,

Because he wishes from his very soul

That Charles and all his company shall say:

‘This noble count has died a conqueror!’

Then beating many times upon his breast,

He offers for his sins his glove to God.

Now Roland feels his life is at an end.

Upon a steep hilltop he faces Spain,

And with his hand he beats against his breast:

Forgive me for the faults both great and small

That I’ve committed since I first drew breath

Until this day, when I am stricken down.’

Then his right glove he held aloft to God.

Angels descend from Heaven to his side.

Roland the count lies there beneath a pine;

His face he’s set toward the realm of Spain

His mind began to turn on divers things:

The many lands he had with valour won,

Fair France, the men of his own lineage,

And Charlemagne, his patron and his lord.

He could but weep and sigh with heavy heart;

But he was not forgetful of himself

And begged God to have mercy for his sins:

‘Our rightful Father, fountain of all truth,

Who from the dead raised holy Lazarus

And guarded Daniel in the lions’ den,

Protect my soul from every peril now

And from the sins committed while I lived!’

Then his right glove he offered up to God:

Saint Gabriel received it from his hand.

He held his head bowed down upon his arm,

Folded his hands, and went to meet his end.

As one historian has aptly said:  “No translation can catch the simple but knightly dignity of the original, and none but one reared to love France and honor her can feel to the full the power and sentiment of this, the national epic that every French child learns, almost with its prayers.”  It is true.  And so long as France honors the Song of Roland, there will always be a France.