Skip to content
HomeFrançois-René de Chateaubriand: The Apostle Of Romanticism 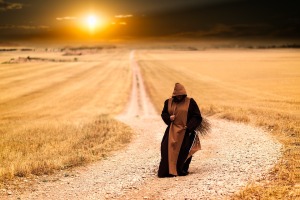 The nineteenth century literary, artistic, and intellectual movement we today call “romanticism” is not easily defined, but is generally acknowledged to embrace the following sentiments:  an idealized view of the past, the emphasis of feeling and sentiment over rationality, a preference for exotic locales and peoples, and the primacy of emotion.  One of the founders—perhaps the founder—of romanticism in French literature was François-René de Chateaubriand, whose memoirs I have just finished.  He titled his book Memories From Beyond The Tomb, since they were specifically intended to be published after his death.

The fact that Chateaubriand would never see the book’s publication gives his words a strange poignancy, and a unique honesty.  He would not have wanted it any other way.  Born in Brittany in 1768, he came from an old aristocratic family, staunchly monarchist in its leanings, and decidedly Catholic in its outlook.  If he was a romantic, he had every reason to be:  his was a life as fully lived and as various in its experiences as any has ever been.  As he himself announces:

I have explored the seas of the Old World and the New, and trodden the soil of the four quarters of the globe.  After sleeping in the cabins of Iroquois and the tents of Arabs, in the wigwams of Hurons and the remains of Athens, Jerusalem, Memphis, Carthage, and Granada, in the homes of Greeks, Turks, and Moors and among forests and  ruins; after wearing the bearskin cloak of the savage and the silk caftan of the Mameluk, and after enduring poverty, hunger, thirst, and exile, I have taken my place, as a minister and ambassador, trimmed with gold lace and plastered with ribbons and decorations, at the table of kings, at the festivities of princes and princesses, only to fall once more into indigence and to taste prison life.

I have had dealings with hundreds of notabilities in the armed services, the Church, politics, the judiciary, the sciences, and the arts.  I possess enormous quantities of material, over four thousand private letters…I have had a hand in the making of peace and war…I have made history and had the opportunity to write it.

He served as an officer in the French army for a time, then lived in London from 1793 to 1800, wisely avoiding the worst of the French Revolution’s terrors.  Although he was a monarchist, he was not a reactionary, and believed the institution should be reformed rather than abolished; but Napoleon put an end to these pretensions, and Chateaubriand resigned from government service in 1804.  He could not stomach the Corsican.  Regarding the institution of royalty, he said, “Legitimate, constitutional monarchy has always seemed to me the gentlest and surest path to complete liberty.”  His writings on Christianity were influential across Europe and served as powerful intellectual rebuttals to the atheistic tendencies of the philosophes whom, he strongly believed, put far too much faith on reason and too little confidence in tradition.

He seems to have begun his memoirs long before his death; they are carefully compiled and the overall feel is highly polished.  Chateaubriand convincingly argues that a man’s life is not just one life, but several separate “lives” laid end on end; all of us are “reborn” at certain points in our lives, and these natal resurgences mark the dividing lines between one phase and the next:

When death rings down the curtain between me and the world, it will be found that my life’s drama is divided into three acts.  From early youth until 1800, I was a soldier and traveler; from 1800 until 1814, under the [Napoleonic] Consulate and the Empire, my life was devoted to literature; from the Restoration down to the present day, my life has been political.

Like all written works, his memoirs tell us more about the man than about his times.  He reveals himself to be a perceptive observer of human affairs, capable at the same time of the tenderest sentiments and the sternest recriminations; he called marriage “the high road to all misfortunes” and seems to have known only conjugal coldness.  He minimizes his ambition and, at times, his own responsibility for events in which he was intimately involved.  But these are foibles common to all autobiographers, and may be readily forgiven; no one writes the story of his own life to indict himself.

What redeems Memoirs From Beyond the Tomb is the surpassing beauty of the style, the evocative recollections of the famous people he has met (the meeting with George Washington is a masterpiece of portraiture), and the passionately romantic spirit girding the whole.  This is a man living in his imagination, a man for whom the world of sense and perception must occasionally take a back seat to the world of emotion.  Chateaubriand finds drama nearly everywhere, and internalizes it readily.  This passage brilliantly mixes routine observation with soaring philosophical speculation:

If my works survive me, I am destined to leave behind a name, perhaps one day, guided by these Memoirs, some traveler will come and visit the places I have described.  He will be able to recognize the chateau, but he will look in vain for the great wood:  the cradle of my dreams has banished like the drams themselves.  Left standing by itself on its rock, the ancient keep mourns for the oaks, the old companions which surrounded it and protected it against the tempest.  Isolated like that keep, I too have seen falling around me the family which graced my days and lent me its shelter:  fortunately my life is not built on this earth as firmly as the towers in which I spend my youth, and man offers less resistance to the storms than the monuments raised by his hands. 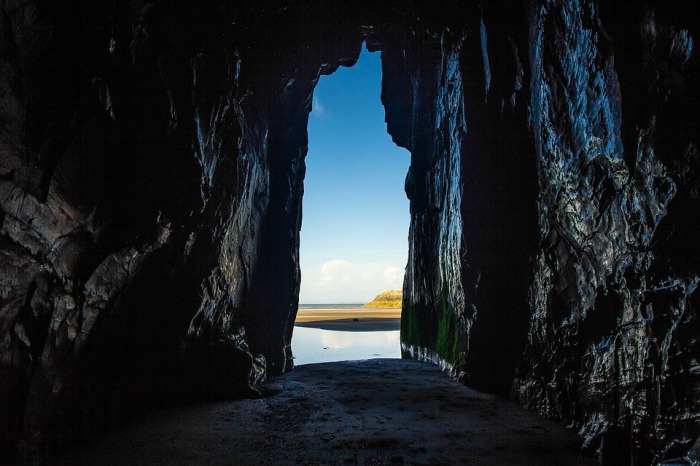 Memoirs from Beyond the Grave can be taken as one of the greatest Romantic texts ever written.  Every page pulses with the author’s restless spirit; and even if we occasionally tire of Chateaubriand’s outpourings, we never for an instant doubt his sincerity.  His book is not well-known today, as literary fashions go in and out of style like the advancing and receding tides.

But this is our loss, for in life it is clear that the world created by our own imagination is at least as “real” as the world of the senses.  His message is as valid now as it was for his own day:  we create our own reality, and tread the path of our deepest passions, whether realized or unrealized.

Life is the lingering footprint marked by those steps.