Skip to content
HomeResources Can Come In Unexpected Ways: The Bounty Of Imad al-Dawla 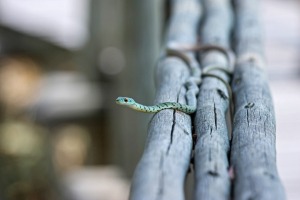 Imad ad-Dawla Ibn Buwaih (A.D. 891-949) was the founder of the Buyid Dynasty in medieval Persia.  His name in Persian is given as Ali Ibn Buya, but he is more commonly known as Imad al-Dawla (“pillar of the state”).  Ibn Khallikan’s short sketch of his life contains the story related here; this story in turn is taken from the historian al-Mamuni.  It reminds us of the fact that, sometimes in life, a bit of good fortune can provide us with all we need.  The world, somehow, has its own way of providing for us; and if we persist long enough, some problems eventually solve themselves.

When in 934 Imad al-Dawla captured the city of Shiraz, he was hard-pressed to pay his soldiers.  Then as now, it was never a good thing to have unpaid, battle-hardened soldiers in your midst.  But his coffers were empty, and he would need time to replenish them.  He was apprehensive at the prospect that some mutiny might break out.  To contemplate what to do, and to try to devise a solution, he went alone to his bedchamber and laid down.

Looking up at the ceiling, he spotted a snake emerge from a small hole and move to another part of the ceiling.  Concerned that it might fall on him, he called some attendants to bring ladders and try to catch the serpent.  While they were searching for it, the workmen discovered a compartment between the ceiling and the roof of the building.  Secreted inside the compartment was a cache of money and expensive clothing, valued in the thousands of dinars.  He thus was able to distribute this money to his men in the short-term and stave off discontent.

He then used one of the pieces of fabric recovered to make a garment for himself.  He inquired and found a tailor in Shiraz who carried a high reputation for competence.  Imad al-Dawla summoned this man–who was deaf–to ask him to work for him.  But the tailor mistakenly thought he had been called on account of some unrelated matter.  Some time previously, the tailor had been asked to watch over some items that his former master had entrusted to his care.  Thinking that this was the reason for his summoning, the tailor suddenly blurted out that he had only twelve chests of value at his house that he was holding.  Imad al-Dawla sent some people to investigate.  The trunks did indeed contain a sizeable amount of money, and this was used to pay off his soldiers in full.

So it was that his needs were provided for by the intercession of fate.