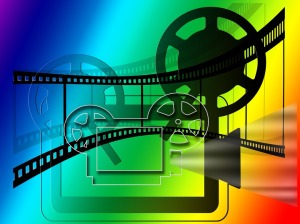 The 1990s seem to have an air of unreality about them now.  Looking back, they seem like a time of missed opportunities:  failure to reform the financial system, failure to improve the infrastructure, failure to understand the consequences of unrelenting interference in Middle Eastern affairs.  The drama of 9/11–and everything that followed from it–superseded all that came before it.  It blocked out from our collective memory the threat of domestic radicalism and replaced it the the overarching National Security State where everything was watched and everything was monitored.

But this is only our own short-sightedness.  The bad things of the 1990s really did happen, and the things that caused them never really went away.  They just went into hibernation.  Militias, rootless, angry young men, and domestic extremism may have had to take a back seat to Islamist radicalism, but these things never really went away.  This is the message of Barak Goodman’s compelling documentary Oklahoma City.   It takes us step-by-step to show us how Timothy McVeigh evolved from a disgruntled Gulf War veteran to become the most lethal domestic terrorist in US history.  How did this happen?

The answers should have been clear at the time, but no one was bothering to ask the bigger questions.  The terrible tragedies of the Weaver family at Ruby Ridge and the Branch Davidians at Waco, Texas directly spawned McVeigh’s radicalism, and Goodman has the courage to say this without any hesitation.  This does not mean that he excuses or condones McVeigh’s own crimes; but he is at least willing to put them in historical perspective and recognize cause and effect.  It is disturbing to see just how ineptly Ruby Ridge and Waco were handled.  It is hard to forget the image of tanks being used to smash through the walls of the Davidian compound.  There were better, less confrontational ways of dealing with both crises, but official incompetence carried the day.

McVeigh himself remains something of a mystery.  We hear all the details of his life and his growing radicalism after returning from the Gulf War.  But there is just something missing.  We just can’t get inside the head of this man.  Was he insane?  Or just cold-blooded?  Viewers will have their own opinions, of course.  And maybe it doesn’t matter.  As the final credits for Oklahoma City run, you are left with a deep sense of apprehension for what the future holds.  And if we want to understand that future, we need to know what happened on that clear April day in 1995.

Jack Nicholson made a lot of cool movies in the 1990s that haven’t gotten as much attention as they deserved.  Wolf (1994) and The Crossing Guard (1995) are a couple of them, and you should try to see these if you can.  But Hoffa is a truly great film.  The word is that this movie was a labor of love for both Danny DeVito (who stars in it as well as directs it) and Jack Nicholson; and their obvious passion for the subject matter shows in every frame.  From his beginnings as a Teamsters agitator to his rule as a powerful force in American labor, Hoffa shows us the complete picture of James R. Hoffa:  his generosity, his cunning, his political maneuvering, and his fatal hubris that ultimately led him to ruin.

Like every great biographical film, we don’t get everything we would like to see.  But there are enough bold strokes painted on the canvas here for us to walk away with a sharp portrait of a flawed and tragic figure.  Nicholson has never been better; he gets every nuance of his character just right, and never steps over the line to false sentimentality.  There are some who have called DeVito’s portrayal as a little bit too favorable, and this may be true; but this is great storytelling regardless.

It’s the height of the Cold War.  The Western and Eastern blocs are jockeying for position all over the globe.  Old intel hand George Smiley (Gary Oldman) is brought out of retirement to help ferret out a suspected mole in the highest levels of British intelligence (called the “Circus”).  But what might have been a taught psychological drama with moral overtones descends into an interminable talkfest.  There’s an old rule in the movies:  if nothing happens within the first thirty minutes, nothing is going to happen. This is a disappointingly boring film, and one I wanted very much to like.  One gets the sense that the director thinks that long scenes of people talking over dinner and in closed rooms can compensate for failing to deliver a compelling narrative.  They don’t.

I had seen the 1979 BBC miniseries Tinker, Tailor, Soldier, Spy starring Alec Guinness.  Maybe my expectations were too high.  Now this is a spy story.  It is subtle, ingenious, and intelligent.  This is the version you should see.  As for the movie, watch it only if you are a die-hard Gary Oldman fan.