Skip to content
HomeSome Wise Sayings Of The Philosopher Al-Turtushi 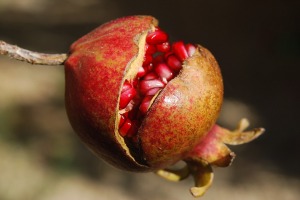 Abu Bakr Al Turtushi (ابو بكر محمد بن الوليد الطرطوشي‎‎‎) was a political philosopher and doctor of the Malikite sect.  He was but one of that avalanche of philosophers, poets, writers, scientists, and theologians produced by the energy and brilliance of Andalusian Spain in the medieval period.  Many–probably most–of these Andalusian writers are completely unknown today in the West, a fact that I have made efforts to change in previous articles here.

He was born in 1059 in the maritime city of Tortosa, and took his surname “Al Turtushi” from that city, which is now in Catalonia.  He received the rudiments of education in Zaragoza under the guidance of several great teachers, among them a noted philosopher and rhetorician named Abu Al Walid Al Baji.  Like many scholars of his day, he traveled widely, eventually reaching Damascus and Baghdad.  He would eventually come to reside in Alexandria, Egypt.  The biographer Ibn Khallikan, probably suppressing laughter as he wrote, tells us that

[Al Turtushi] studied also, in his native place, the science of arithmetic and the art of calculating inheritance shares.[1]

His most enduring work was a treatise called Siraj al-Muluk (سراج الملوك, “The Lamp of Kings”).  He is also credited with a book entitled “The Lamp of Guidance” (سراج الهدى).  I have not examined these books; and as far as I can tell, neither has ever been translated into English.

His biographer Ibn Khallikan tells us that he lived a life of asceticism and self-mortification, yet he understood human nature, and realized that more could be achieved by indirect teaching and counsel than by blanket moral prohibitions.  He wisely refused to condemn too strongly the charms of women and wealth.  In this he resembled the Greek Neoplatonists like Plotinus.  He once said the following to his students:

When two advantages are offered to you, one of them worldly and the other spiritual, seize on the latter, and you will obtain them both.

This is wise counsel for any occasion.  He is also said to have made a habit of reciting these lines:

God possesses intelligent servants who have renounced the world through fear of temptation.  When they considered it and discovered that it was not a fit abode for the living, they took it for an ocean, and made of their good works a ship.

What Al Turtushi meant by this was that, while the world may often be a wicked and difficult place, we must still try to construct our own personal “ark” in his life, and within it live as best we can following the dictates of our own conscience.  He was an eminently practical philosopher as well.  The following amusing lines are attributed to him by more than one source, and show a hard-headed, realistic business sense unbecoming for a philosopher:

When you wish to advance an affair for the success of which you are anxious, let your messenger be blind, deceitful, deaf and dumb—spare every other messenger, and employ that one which is called money.

Sometimes a few lines of humor can make a point better than a hundred pages of text.  He died, says Ibn Khallikan, in Alexandria in June 1126, and “was buried in the Wala cemetery, near the New Tower (Burj al-Jadid), and to the south of the Green Gate (al-Bab al-Akhdar).”  Al Turtushi also went by the surname Ibn Abi Randaka.  The name “Randaka” seems to have been derived from the Spanish words renda-se aca, meaning “render” or “come here.”  Spain’s rich past should never cease to amaze us.

Explore other related topics in philosophy, history, and biography in my “Pathways”: