Skip to content
HomeObservations On Some Myths About War 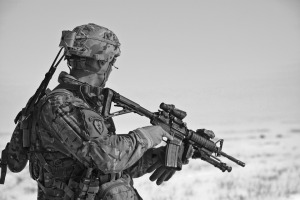 The Army Times recently published a post discussing some comments by Army Chief of Staff Mark Milley on current popular myths about war.  I liked his comments very much, and I take them as my starting point in this article.  More than anything else, we should see his remarks as a warning.  The United States has not faced a military adversary worthy of the name since Vietnam, perhaps not even since China and North Korea in the early 1950s.

Lessons not renewed are soon forgotten.  Let us examine Gen. Milley’s points below, and offer our own commentary.  One could say that these ideas have as much applicability to modern life as they have to armed conflict.  Note that the opinions in the comments below are my own, not the General’s; I have taken his basic ideas as a starting point, but in some cases my opinions may diverge from his.

Myth 1:  Wars Will Be Short

How many times have we heard this myth bandied about?  I like to call it the “Home by Christmas” Syndrome.  When conflicts begin, many wishful thinkers delude themselves into believing that the conflict will be brief and relatively painless.  So it was with nearly every war of the 20th century.  Did not Saddam Hussein imagine a quick victory over Iran in 1980?  Did not Russia imagine a quick result in its intervention in Chechnya in the 1990s?  Did not the United States imagine a quick, decisive result in Afghanistan in 2002 and Iraq in 2003?  Wars are almost never as short or as painless in the modern era as leaders would like them to be.  There are just too many ways to continue the fight.  Combat now takes place across so many spectra (social media, economic arenas, communications, etc.) that they can be stretched out longer than in the past.

Myth 2:  You Can Win Wars From A Long Way Off

Some people think that they can just push buttons from afar and have victory fall into their laps, just as a ripe apple might fall from a tree.  The modern Westerner has become awash in luxury and ease, and finds it difficult to comprehend a brutal, drawn-out struggle in the mud and filth.  But despite thousands of years of warfare, spanning the use of chariots, spears, halberds, phalanxes, legions, and all kinds of weapons, this essential truth is unchanged:  it is the infantry that wins wars.  One must get in close, on the ground, and grind it out with the enemy.  The Syrian government did not prevail in the current civil war by pushing buttons and sitting back to observe results.  It ground down the rebels, block by block, and village by village.  You have to see, smell, feel, and touch your enemy.

Milley’s father was a Marine in the Pacific during the Second World War.  He offered this thought as a response to anyone who thought air power was the only thing that mattered in war:

There’s no eight square miles of Earth that has ever received as much ordnance as the island of Iwo Jima.  Almost all the Japanese survived.  Life wasn’t good, they were drinking their own urine, they never saw the sunlight, they were deep buried under ground, and they weren’t happy campers – I got it.  But they survived.  They were ideologically committed to their cause, and they survived enough to kill 7,000 Marines when they hit the beach.

When World War II ended, there were some people in the US military who argued that conventional armies were now “irrelevant,” and that the atomic age had rendered old-fashioned infantry engagements obsolete.  Many people foolishly subscribed to this view.  Air Force generals like Curtis LeMay tried to foist the idea on the country’s leadership that armies had little valid reason for their existence.  All anyone had to do now, he believed, was send waves of bombers to wipe out any adversary.  All sorts of atomic weaponry were devised:  we even had atomic tanks and atomic artillery.  None of these weapons proved to be useful or practical.  And as the 1950s and 1960s rolled around, it became clear that counterinsurgency warfare–not atomic war–would be the wave of the future.

The same technological delusions were seen in right after the First World War.  Science fiction magazines and military planners were filled with ideas about “electro” weaponry that would wipe out any enemy with “dynamos” of massive power.  Electricity was seen as the wonder-force that could do anything.  In the modern era, there are those who believe drones and nanotechnology will solve all military problems.  All of these people are wrong.  But ever since the days when ancient Egyptian infantry fought it out with curved swords known as kopeshes, the individual man has remained the focus of the battlefield.  There is no substitute for the man on the ground who must seek out, close with, and destroy the enemy.  And there never will be. 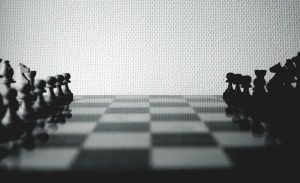 This is another version of the “push-button” myth.  Political leaders don’t want to commit too much in the way of resources or political capital, and so will fob off a dirty job to some special forces unit.  By doing this they imagine they can get the most “bang for their buck.”  I suppose the impulse is natural. But the truth is that special forces units were not meant to be strategic players.  They can complement a larger task or purpose, and they can handle very specific tactical jobs, but they cannot be expected to be a substitute for a coherent political strategy.  Political leaders can’t shield themselves from accountability by dumping a nasty strategic problem in the lap of the special forces.

Myth 4:  You Can Create An Army Just By Drawing It Up On Paper

My own view here is that the military has dangerously permitted political correctness to seep into the military culture.  The military has been far too concerned with social issues (women in combat, transgender issues, etc.) than with the gritty realities of modern fighting.  The price of all this has not yet been paid, but it will be very soon.  When the US faces a real enemy, a real adversary, then all of these social engineering projects will look like the deluded and pathetic distractions that they are.  Militaries do not exist to serve as Petri dishes for advancing non-traditional cultural agendas.  They exist to fight wars, and all else must be put to the service of this ideal, regardless whether this ideal conflicts with the social engineering agendas of various groups.

Some people think that they can just fill ranks with bodies, and that this process makes an army.  They are sorely mistaken.  Armies are products of the societies that produce them; and if the society itself is morally weak and corrupt, then the bodies filling the ranks of the military will need to be de-toxified of this corruption.  And this process takes time, discipline, and significant effort.

What General Milley means by this is that the society fighting a war must have some “skin in the game.” Everyone needs a stake in the outcome.  You can’t dump the problem on someone else, and then wash your hands of it.  You can’t outsource a military task to the army, and then forget about it.  Modern wars demand the commitment of the entire society.  Since the United States no longer has a draft, and since most of the people in Congress have no military experience, this lesson has been forgotten.  Entire societies were mobilized for the fighting of twentieth-century wars, and they will be so again.  Along these lines, I am reminded of an anecdote found in the Stratagems (IV.7.35) of the Latin military historian Frontinus.

The Macedonian leader Philip (father of Alexander the Great) had heard that one of his best fighters, a man named Pythias, was dissatisfied.  Pythias did not have enough money to support his three daughters, and was considering deserting from military service.  Philip had been told to beware of Pythias, since he might be plotting against him.  But Philip disagreed, and knew he needed to fix the problem.  His reaction was to say, “What!  If a part of my body were suffering, would I cut it off, or would I try to heal it?”  He took his fighter Pythias aside and patched things up with him.  He increased his pay and gave him other inducements to stay with him, because he knew that the whole would never be effective unless all the parts were in good working order.

These, then, are some myths about modern war.

Read more about the moral dimensions of conflict in my annotated, critical translation of Sallust’s “The Conspiracy Of Catiline And The War Of Jugurtha.”

14 thoughts on “Observations On Some Myths About War”