Skip to content
HomeWhat You First Create, You Must Then Defend 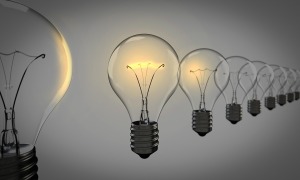 Some people think that one big home run will set them on easy street for life.  They think that when they accomplish something, the game is essentially finished, and they can move on to something else.  But the world doesn’t really work that way.  Very often, the reward of labor is more labor:  but the new work is different in character from the old.  The creative labor of invention is replaced by the fighting labor of preservation.  We can see an example of this principle in the career of Alexander Graham Bell, the inventor of the telephone.

Even as a boy, Bell had shown an aptitude for mechanical creativity.  At the age of fourteen, he had built an invention that could remove the husks from wheat; it used a wheeled paddle as its primary feature.  He had an early taste of just how hard life could be when his siblings died and he was left as the sole child of his deaf mother.  His wife was also deaf, and his experiences with the condition gave him a great sensitivity to those suffering from it.  Bell was an obsessive worker; when friends and family pleaded for him to slow down, his response was usually to work even harder.  This pattern continued after he emigrated from Scotland to Canada in 1870.  His father Alexander Melville Bell, concerned about his health, wrote him:

I have serious fears that you have not the stamina for the work your ambition has led you to undertake…Be wise.  Top in time…I feel so strongly that you are endangering your future powers of work, and your life, by your present course, that I can write on no other subject…Break your pens and ink-bottles…Wisdom points only in one direction.  Stop work.

But the creative mind is a restless one, and Bell kept pushing forward.  The fruit of all these efforts would be an invention that would truly change the world:  the telephone.  But at the time, even Bell himself did not fully appreciate the dimensions of the new technology.  Everyone as fascinated by it, from the crown heads of Europe to the lowliest laborer.  The idea that a voice could be projected across a distance was nothing less than astonishing.  Yet with his success and his patents, Bell would soon discover that creation is one thing, and protecting that creation from predators is something very different.  It is a pattern repeated with nearly all important inventions:  the inventor will produce, and then the jackals will pounce.  When Samuel Morse invented the telegraph in 1837, for example, he was immediately set upon by opportunists and frauds who claimed that they had invented the telegraph before him.  He spent a good part of the rest of his life dealing with frivolous lawsuits.

It is a sad fact of life that any successful creative endeavor will immediately attract the attention of scammers, con artists, and thieves.  Once Bell patented the telephone, he was deluged with frivolous claims by charlatans and opportunists of every stripe.  Inventors are not usually equipped to deal with this sort of thing.  On one occasion, however, he roused himself to fight back.  The adversary in this case was Western Union; Bell had offered to sell them the patents for his invention in 1876, but he had been rebuffed.  Once the corporate giant realized that it had made a mistake, it did what corporations often do:  it made a cost-benefit calculation that it was better to violate Bell’s patents than to pay him for them.  Western Union set up its own company (which it named the “American Speaking Telephone Company”) and enlisted the help of some other prominent inventors, among them Thomas Edison.

To rub more salt into Bell’s wounds, Western Union even began to denigrate Bell in public, implying that he was a mediocrity and that he might not have invented the telephone first.  In 1879, Bell decided to sue, and he trounced Western Union at trial.  No one could explain away the fact that Bell had the first patents to the invention.  The end result was that Western Union had to shut down the American Speaking Telephone Company and–best of all–was required to turn over to Bell all of its telephone lines and wires.  Stock shares in Bell Telephone soared from $50 before the lawsuit to nearly $1000 per share after all the litigation was concluded.  For once, an inventor crushed a predatory conglomerate that believed it could get away with theft and appropriation.

Even though this would not be the end of Bell’s legal troubles (he would face hundreds more frivolous suits in the years ahead), it was a watershed moment.  The lesson was hammered home to him that it was not enough just to invent something:  what mattered even more, perhaps, was fending off the jackals who would steal the meat right from his jaws.  Eli Whitney, the inventor of the cotton gin, supposedly received very little compensation from his invention; it was relatively easy to duplicate and he was perhaps not as aggressive as he might have been in defending his intellectual property.  It is true that patent law was in its relative infancy in the United States in 1794 (the year Whitney patented his invention); but it is clear that Whitney did not understand how to deploy his machine in a way that would protect his interests.

It is not enough to innovate; one must also learn to defend.  Creation is nothing without preservation.