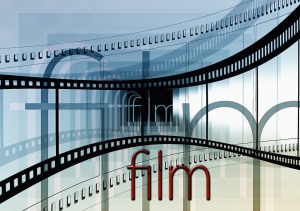 I haven’t done a film roundup in a while.  As you know, the recent articles here have been focused on subjects of more gravity.  The following represent the most recent “new” movies I’ve seen.

This is one of those disposable little dramatic “thrillers” that is tolerable enough to see during a long airplane trip.  There are no innovations here; the enjoyment comes from the ambiance, the cartoonish characters, and from watching malicious people get their comeuppance.  The plot:  a formerly abused woman (Rosario Dawson) tries to turn a new page in her life by marrying a new man named David.  Unfortunately for her, however, David has a beautiful but crazy ex-wife who has never gotten over him.  And if she can’t have him, then no other woman can, either.  What’s great about catty thrillers like this, of course, is trying to predict just how idiotic the characters can get as they insert themselves into one dangerous situation after another.  You know this is trash, but it’s fun anyway.

Hot-shot murder investigator Amaia (Marta Etura) is sent to investigate a murder involving a young female who was killed near Amaia’s home town.  She doesn’t want to go back to her birthplace to do this work, for reasons that become clear during the movie.  But she does her job anyway, and this leads her down a dark path where the past and the present combine to present fearsome challenges.  More bodies turn up during the investigation, and it seems that the evidence points in directions she would rather not probe.

This is an atmospheric and intense film that deftly handles several subplots while never veering too far off course.  The Spanish countryside has never looked so sinister, and the forest here seems to possess a life of its own.  This film has not gotten the attention that it has deserved in the US market, perhaps because its intelligent handling of sensitive themes exposes Hollywood’s shortcomings too fully.  Spain has produced so many fantastic thrillers and horror films in the past 15 years that it is difficult to keep track of them all.  In the end, director Molina reminds us that it is nearly impossible to confront our external evils without also confronting the ones inside ourselves.

Most of us are already familiar with the facts of the Bernie Madoff fraud drama.  He ran the biggest Ponzi scheme in history with such brazen duplicity that the full dimensions of his fraud are difficult to comprehend.  This movie explores the events leading up to his disclosure of the fraud, and the fallout that came after.  If Hannah Arendt’s overused phrase “the banality of evil” can be used one more time, it fits in the case of Madoff.  There are no dramatic revelations here.  There are no profound explanations about why he did what he did.  He just did it, and he did it simply because he felt like doing it.

This, perhaps, is the most shocking thing about the Madoff drama.  It is the complete lack of moral conscience that we find so disturbing.  Madoff didn’t care whether he exposed his family, friends, and clients to ruin, loss, or shame.  Their lives didn’t matter to him.  He didn’t think about it too much, and when he did, it was in a way that was so laced with self-justifying delusion as to render the consequences of his actions entirely void.  Robert De Niro, playing Madoff as the detached sociopath that he is, manages to convey his subject’s inhuman coldness with great effect.  A study in evil and its consequences that forms a good companion film to the 2015 drama The Big Short.

A broke prospector named Kenny Wells (Matthew McConaughey) has dreams of striking it rich.  Unfortunately, he has no money and no backers.  In desperation, he tracks down a wildcat geologist named Michael Acosta (wonderfully played by Edgar Ramirez), and the two of them plunge into the jungles of Indonesia.  Soon they have found one of the richest lodes on record.  Or have they?  Supposedly based on the Bre-X Minerals fraud scandal of the 1990s, this movie has lots of twists and turns; so many, in fact, that it’s hard to sort out who is scamming who.  Was Wells a victim of fraud, or a participant?  Was the financial industry an accomplice, or not?  You decide.

McConaughey must have had fun preparing for this role, putting on a spare tire and learning to rant and rave with a glass of Scotch in his hand.  But his “drunken visionary” schtick gets tiresome after a while, and one wishes he would have toned it down a bit.  A minor criticism, perhaps.  Gold is good enough to recommend, and contains some unexpectedly poignant moral statements.  At the end, when we see the reality of what happened, we come to realize that perhaps what bonded these two men was not greed, but rather mutual love and respect.