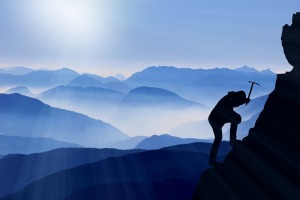 Below is a list of the top 10 viewed articles at Fortress of the Mind for the year 2017.  Now might be a good time to re-read the essays from last year that spoke to you:

Edgar Allan Poe’s Sinister Inspiration For “The Cask Of Amontillado”

The Man Of Action Should Not Expect Gratitude From Others

Why Worrying Is Pointless

The World’s Fury, And The Spirit’s Repose

“Dark Globalization”:  The New Dimensions And Continued Progress Of The Plutocratic Insurgency

Why Every Man Should Read “Robinson Crusoe”

A Letter To A Graduate Student

2017 was an eventful year.  It saw the publication of my groundbreaking translation of Sallust’s Conspiracy of Catiline and War of Jugurtha, as well as the publication of a large volume of content-driven, scholarly articles and podcasts here at qcurtius.com.  All of this followed directly on the heels of 2016’s release of the hugely successful translation of Cicero’s On Duties.

More great things are in store for 2018.  That I can promise.

Best wishes to all the readers of Fortress of the Mind for the new year.