Skip to content
HomeThe Tale Of Firuz, A King Of Persia

The following story is told by the political theorist Ibn Zafar (1104–1172?) in his treatise on the art of government.  We have encountered him several times previously in these pages, and have discussed many of his ideas on leadership, governance, and the conduct of foreign affairs.  There are times when anecdotes can bring certain principles into sharp focus.

There was once a Persian king named Firuz, the son of Yezdejird.  He was engaged in struggles with the Hephthalites, a people of central Asia who flourished in the fifth and six centuries A.D.  Firuz was once taken prisoner by a Hephthalite ruler named Khush-nawaz, who soon released him after Firuz agreed to a peace treaty.  One of the terms of the treaty was that Firuz promised not to cross a certain stone boundary marker that Khush-nawaz placed on the border between his land and Firuz’s domains.

Here we should say a few words about the personality and character of Firuz.  He was an arrogant, boastful, hollow man.  He liked to posture as if he were a strong leader, but his braggadocio on close inspection turned out to be the empty utterances of an egotistical con-artist.  Many people were seduced by his false demagoguery.  He did not have a belief system outside of himself and his own aggrandizement.  Morally corrupt, greedy, and vindictive, he cared only about promoting himself, and would do or say anything to that end.  For this reason, he was easily manipulable by powerful men in his kingdom; and he was also willing to put himself at the service of foreign governments who used him for their own benefits.

So Firuz signed the treaty with his rival and was released from captivity.  But upon returning home, his scheming mind would not rest until he had found a way to get out of his agreement.  He decided to wage war again with Khush-nawaz.  Firuz’s ministers were frantic, and warned him not to do this.  They knew such a course of action was foolish, and would bring ruin on himself and his government.  But he thought he knew better.  He told his ministers:  “I agreed never to cross that stone marker.  So I will pull up the marker and place it on the back of one of my war-elephants that moves at the head of my army.  This way, I will never have broken my word!”

These are the kinds of word games that Firuz liked to indulge in.  Dishonest, unjust, and morally bankrupt, he thought he could evade the spirit of his agreements by parsing out their words in rigid detail.  But his little games fooled no one.  And here Ibn Zafar reminds us, in so many words:

The ruler who too much likes the sound of his own voice is headed for disaster.  He who arrogantly elevates himself over others will eventually be cut down to size.  Greed blinds rulers to the truth and clouds their decision-making.  Passion has a stronger hold over the human mind than does reasoned understanding.  When greed or anger cloud a ruler’s judgment, terrible outcomes may result.

So Firuz prepared for war.  He would not listen to those voices telling him that wars are easy to enter, but very difficult to depart from.  His ministers also warned him not to exceed his authority; even though he was king, there were limits on his power.  It violated the laws of nations to break treaties that he had signed with foreign rulers, and there would be consequences for such actions.  One of Firuz’s ministers told him the following:

There are five things that can bring about the fall of a king.

The first is when a king believes propaganda and refuses to consider the consequences of his actions.

The second is when he turns against his people by pursuing policies that hurt them.

The third is when he is unable to collect enough revenue to fund his operations.

The fourth is when he favors one clique and disregards others, and forgets that his job is to serve all the people, not just some of them.

The fifth is when he rejects the advice of experienced and learned advisors.  The man who will not listen to sound advice is no better than an insensate beast.  He is like an animal, and deserves to be thought of as one.

Firuz proceeded to the stone boundary marker and gave it to his war-elephant as he explained he would do.  His army marched forward.  As they did so, he learned that one of his knights had callously killed a poor local man.  The slain man’s brother soon appeared in front of Firuz, asking him for justice.  The brother said he wanted to avenge himself against the knight who had murdered his brother.  But Firuz did not care about this injustice.  He cared only about himself and his thirst for glory in battle.  He dismissed the brother, who, upon leaving the court, drew his dagger (khanjar) and rushed at the offending knight.  The guilty knight ran away.  But the brother failed to kill him, and was thrown out of court. 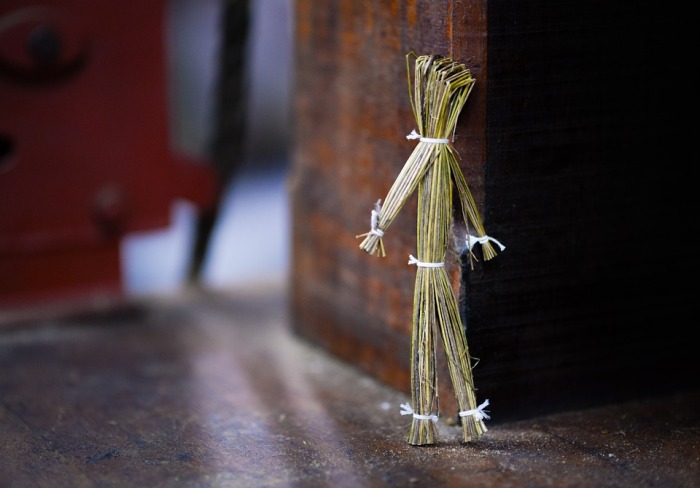 One of Firuz’s ministers heard about this incident and appealed to the king to do justice for the brother of the murdered man.  He said that the brother should be entitled to financial compensation, or he should be entitled to fight the knight in a duel.  “The knight is guilty of murder,” the minister told him.  “Why else would he have run away when this poor peasant rushed at him with a dagger?”  Eventually, Firuz was persuaded to arrange a duel between the brother and the knight.  The poor brother was advised by his friends and family not to fight the armed knight.  They told him that the knight was a military man of experience, and that he would easily be able to defeat him.  The poor man waved aside these concerns, saying:

I will deal with him.  He killed my brother, and I must avenge this act.  The knight is mounted, yes, but he is mounted on the horse of arrogance, vanity, and lies.  I have justice and truth on my side.  His armor is the armor of injustice and oppression.  For these reasons I will triumph.

When Firuz’s ministers heard of the poor man’s words, they were deeply impressed.  They knew that this man would rather die than see his brother’s murder go unpunished.  Such men, they knew, are nearly unstoppable when aroused.  So they took the king aside again and said, “Sire, you should reconsider this duel.  This poor man is burning with ferocity, and your knight knows, deep in his heart, that he is guilty of a wrong.  Your knight is going to be killed.  Better to pay this poor man some compensation and send him on his way.  Either that, or try the knight and punish him under the law.”

Once again, Firuz refused to listen to advice.  He, of course, always knew best.  So the duel took place.  The poor man was able to dodge the blows of the mounted knight; he then lunged at his opponent, toppled him off his horse, and drove a sword through his neck.  The blood of the knight flowed out into the dirt.  Ibn Zafar at this point reminds us that

Passion easily begins fights, but ends them terribly.  Passion is like a fire than cannot be put out; it is like the waters of a river that have burst their embankments.  He who is in the grip of passion acts like a renegade, unable to control his actions.  Such a man is a prisoner of emotion, and will soon be led to ruin.

One might have thought that Firuz would reflect on the fate of his knight.  He might have observed that those who commit crimes, and act in the service of oppression and arrogance, are no match for those whose cause is just.  Those who are fighting a righteous cause will be filled with ardor; their spirits will not be deterred, even if they are facing a more well-equipped enemy.  These were the considerations that Firuz should have pondered; but he did not.

He set his army in motion once more, and proceeded with his military attack against the Hephthalites.  But Khush-nawaz was ready for him.  He brought out his own forces to meet the invasion, and defeated Firuz and his army, killing many of them and putting the rest to rout.  Firuz was captured and slain, and Khush-nawaz enjoyed an unqualified triumph.

Read more on the consequences of arrogance and hubris in Sallust:

2 thoughts on “The Tale Of Firuz, A King Of Persia”