The astute observer of affairs will keep his finger on the pulse of unfolding events.  He will make his observations, draw his own conclusions, and adjust his behavior accordingly.  It is of no use to pretend that something is not what it clearly is; to live in denial is to live with a suspended sentence hovering over one’s head.  For when the conditions are right for a fire, any spark can be the cause of a conflagration.

The city of Florence was rent by factionalism in the year 1216.  Then, as now, powerful noble families vied for control of the city’s mercantile and political life, and this jockeying was the source of much civil tension.  The citizens had been living under this tension for a long time and had grown weary of it.  Their preference, in the words of historian Leonardo Bruni, were these:

But the people, taking thought not only for the present but for the future tranquillity of the city, wanted to put to rest entirely, if possible, the quarrels and enmities of the nobility.  So they arranged numerous marriages between the leaders of the factions with a view to linking them in bonds of mutual obligation.  Thus Foresi de’Adimari became the son-in-law of Count Guido Novello; the Donati intermarried with the Umberti; and many further bonds of this nature were sanctioned between the other families so as permanently to put to rest their quarrels.  [History of the Florentine People; trans. by J. Hankins]

These were worthy sentiments.  But it was not to be.  As it turned out, tension and discord still simmered below the surface, and all that was needed was some incident to turn the city into an inferno of civil strife.  The following story relates the source of the trouble.

A youth named Buondelmonte was, in Bruni’s words, “among the most wonderful knights of his time.”  Yet for some reason he carried a grudge against another noble named Oddo di Arrigi de’Fifanti.  Each of these men had the support and backing of other powerful clans:  Buondelmonte had his own resources, and the support of some families, while Oddo had the backing of the Uberti and the Lamberti families.  Savvy observers could see that this rivalry would eventually lead to conflict unless some step were taken to assuage the pride of all concerned.  A tie of marriage, it seemed, was the best option in pursuit of this goal.

So Buondelmonte was to be married to one of Oddo’s relatives (a descendant of Oddo’s sister).  A formal announcement was made, wedding preparations were made, and all indications were that harmony would be preserved.  But human nature is a fickle and intemperate thing; and nothing is so certain but that some people will do their best to sabotage stability if the drama thus created serves their own selfish interests.  Some nobles, both men and women, whispered their disapproval of the planned wedding match.  A campaign of gossip and subversion was conducted by some people to undermine the chances for peace. 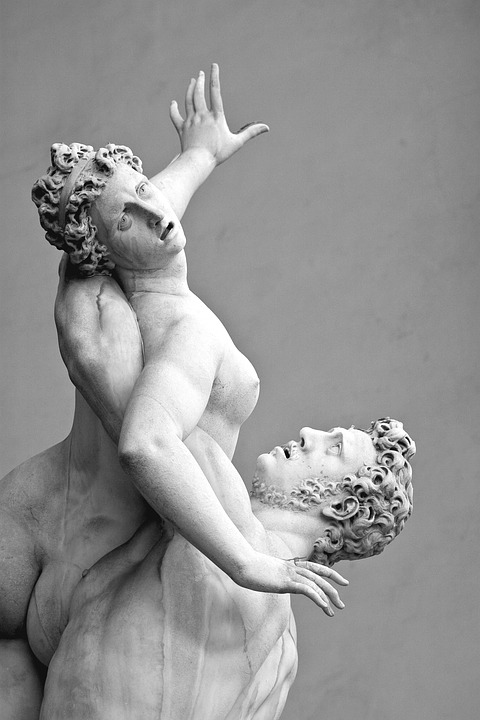 A “certain lady of the house of Donati,” Bruni tells us, began to spread rumors that Buondelmonte had disgraced himself by agreeing to be married to a girl of inferior social status and beauty.  She even told the young man directly that her own daughter, a great beauty, would have been a better match for him.  In so many words, she told him that she would be saving her daughter for him.  Of course, this statement was presented as a gentle admonition, but in reality it was a deliberate subversion of a carefully planned enterprise.  By making this statement to the impressionable and hot-blooded youth, she planted the seeds of desire in his mind, a desire that would have momentous consequences.

Buondelmonte began to think about the lady of Donati’s daughter all the time.  According to Bruni, he ceaselessly compared his intended pride with the daughter of the Donati in appearance, bearing, and suitability.  It is a feature of human nature never to be satisfied with what one has; and in the matters of beauty, lust, money, and power, it is nearly impossible for the undisciplined to be restrained their desires for constant betterment.  Desire follows upon desire, and acquisition begets more acquisition, until some intervening force or personal ruin breaks the chain of cause and effect.  After thinking the matter over, Buondelmonte went back to the lady and told her that he still had “time to correct his mistake” and that he would break off his engagement with Oddo’s relative. 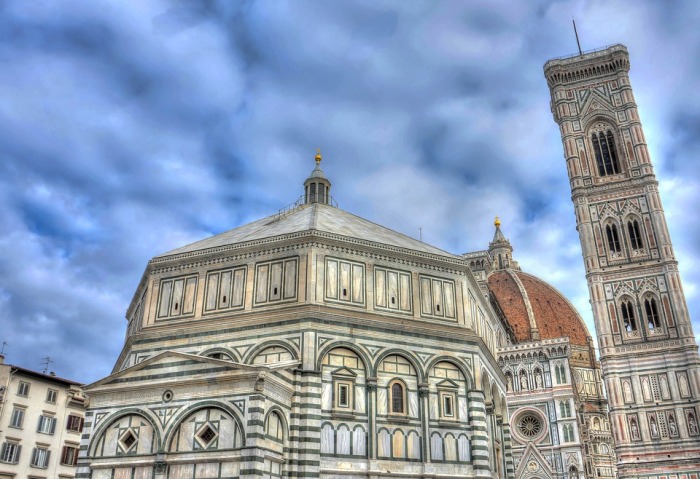 So he broke off the engagement.  To add insult to injury, he decided to arrange the new wedding ceremony at the same day and time for which the old one had been scheduled.  Of course, this sequence of events was deeply offensive to Oddo and his relatives, and they set about plotting some kind of revenge.  Blame for the incident was affixed entirely on him.  As news of the story spread to the relations and Oddo, the sentiments for a harsh revenge began to grow.  All the repressed anger that had accumulated for many years was given full vent.  Bruni says that one noble named Mosca Lamberti wanted Buondelmonte to die, and repeated a colloquial Italian saying:

This conveys the meaning, “What has been done, has a mind of its own.”  By this he meant that the situation would take its own course.  So he and a few other men set out to ambush Buondelmonte and kill him.  We should note that even though the youth’s action had been impetuous and rude, it was hardly a capital offense; the proper remedy in those days would have been for him to pay a monetary settlement as redress to the girl’s family.  But when passions are ignited, it is not easy to find voices of moderation and reason.  So on Easter morning, as Buondelmonte was riding a horse in the city, he was pulled down and bludgeoned to death; Bruni says that although members of various families were there, Oddo himself had the primary hand in the killing.

As news of the murder spread throughout the city, both commoners and nobles took sides on the matter.  Once passions were aroused, it was too late for voices of moderation to make themselves heard.  The deeds of the conspirators were condemned as excessive, and soon open conflict broke out “with knives and blows, [in] a fever of death and destruction.”  Thus the republic was plunged into a conflagration of violence and destruction.  The conditions for such strife had already existed, but it was the rash, intemperate behavior of the ruling classes that had condemned the citizenry to instability and danger.

The elites had no respect for, or understanding of, their role in promoting civil stability and justice; blinded by selfishness and arrogance, and animated by the thought of additional spoils, they thought only of their own ends and goals. From this example, and many others like it, we can see that the responsibilities of leadership should fall only on the shoulders of those who can wield them with temperance, maturity, and wisdom.