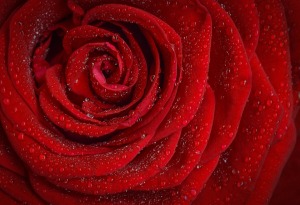 We will tell the tale of the Rose of the Alhambra.  For many years after the city of Grenada came under the control of the Spanish kings, it remained a quiet and secluded place.  Mute and desolate were its haunting spires; and, while every stone bore a secret, they contented themselves with accommodating the restless spirits of an Almoravid past.  But this changed with the accession of Philip V.  After his marriage to Isabella, he desired to visit Granada with his retinue.  The clatter of horses’ hooves, the blaring of courtly trumpets, and the cries of heralds and pages again resounded through the walls of the ancient city.

One of the young members of the king’s court was Ruiz de Alarcón.  He was one of the queen’s favorites, we are told; and his popularity was shared among the other ladies of the court.  Although he was only eighteen years old, he had learned to appreciate the charms of women; they in turn rewarded him accordingly, making him wise beyond his years.  One day, he went out for a walk among the groves of the Generalife, and had taken with him one of his favorite gyrfalcons.  The sport of falconry had been brought to Europe through its contact with Arabic civilization.  The young man unhooded his hawk, and let it roam the skies; but soon it got away from him, and seemed to settle in the distance upon some lonely Moorish tower.  This tower was, according to legend, the Tower of the Princesses.  In Spanish its name is the Torre de las Infantas; and it was once graced by the presence of three Arabic girls named Zayda, Zorayda, and Zorahayda.

Ruiz de Alarcón approached the front door of the tower, intending to retrieve his gyrfalcon.  As he came closer, he could see it was decorated in splendid Moorish style, ornate and precisely geometric.  He moved past a large fountain surrounded by flowers.  Beyond this was a bird in a cage, a tortoise-shell cat, reels of silk fabric, and various other odds and ends.  The young man was surprised to find these badges of feminine presence in so deserted and lonely a building.  He came to the door and knocked on it; it was opened a crack, and he could see the face of a beautiful girl within.

“I must not open the door and allow you in, señor,” she said bashfully.

“I am looking for my falcon, which is one of the favorites of the queen,” he replied gently.  “I cannot go back to court without it, for things will go very badly for me.”

“So you are one of the men of the king’s court?” said she.

“Yes,” was the response.

“Santa Maria!” she cried.  “I have been warned specifically about men like you, sir.  My aunt has given me specific instruction on this point.”

“I am only a harmless paige, and I am only wanting to enter to look for my falcon.  I promise that I will do what I came to do, and then leave.”

Ruiz de Alarcón could sense that the girl liked him, despite her protestations.  His imagination was set afire at the sight of her basquiña, and he felt compelled to press the issue.  She was surpassingly beautiful, with hair neatly arranged and garnished with a fresh rose.  She had an olive complexion that hinted at her Moorish origins.  The youth was enchanted, and felt as if he were under a spell.  She eventually allowed him to enter the building, and he retrieved his bird.  The girl sat down by the fountain and continued what she was doing, which was winding silk.  She once dropped the spool, and the youth picked it up; when he gave it back to her, he tried to kiss her hand.

“Ave Maria, señor!,” she exclaimed in confusion.  And yet although she tried to express shock, the youth could see that, deep in her heart, she was feeling the stirrings of attraction.

“Sir, you should go now, for my aunt will soon be returning from mass,” she told him.

“Not until you give me that rose in your hair,” was the paige’s reply.

“Take it, then, and go,” she said breathlessly.  And she removed the flower from her dark, silky hair, and presented it to him.  As she did so, he kissed her hand.  Her name was Jacinta.

When the old aunt returned from mass, she could see that Jacinta was in an emotional state.  Jacinta explained what had happened to her aunt, whose name was Fredegonda.  As often happens in such situations, the aunt had taken it upon herself to be the guardian of the Jacinta’s virtue, and viewed the whole incident with suspicion.  As to the background of Jacinta, she was the orphan of an army officer who had died in battle; she had been educated in a convent, as women often were in those days, and had been placed under the guardianship of her aunt.  But beauty has a way of making itself known, no matter how hard some may wish to suppress it; and Jacinta was locally known by the nickname of Rose of the Alhambra.

Eventually Philip V left Granada, and with him went Ruiz de Alarcón.  Jacinta was thrown into a depression at this, for she had been attracted to him.  “Ay de mí!” she cried.  “He is gone, gone forever.”  But the aunt was secretly relieved at this, for she had no sympathy for the drama of young lovers.  The weeks and months went by, and Jacinta became more and more disconsolate.  Of course, Fredegonda did nothing to help the situation.  “What do you expect?” she said.  “Didn’t I warn you how men behave?”  Yet Jacinta had the good sense not to allow old Fredegonda’s bitterness and cynicism to corrupt her innocence.

It happened that something strange and mystical occurred one night.  Jacinta awakened after midnight and walked near the alabaster fountain, where she had first given Ruiz de Alarcón the rose in her hair.  She began to think of her predicament, and tears fell from her face into the waters of the Arabesque fountain.  The water then began to bubble, then froth; and then a ghostly female image appeared before her eyes, bedecked in rich Moorish robes.  Jacinta, terrified, fled from the fountain, and later told her aunt what had happened.  To her surprise, the aunt did not dismiss the story out of hand.

“You must have been thinking about the three Moorish princesses who once lived here.  Their names were Zayda, Zorayda, and Zorahayda.  The first two of these left this place; but Zorahayda died here in this tower, near the fountain.  And I must tell you something else.  Zorahayda’s lover was your ancestor.  He loved her dearly, but eventually he deserted her for a Spanish lady.  So what you have seen is the spirit of the unfortunate Zorahayda.”

And so now Jacinta, the Rose of the Alhambra, knew she was the fusion of these two cultures, the Spanish and the Arabic.  She decided to see if she could see the ghost one more time.  So in the early morning hours, she appeared beside the fountain.  Soon the ghostly image of Zorahayda appeared; she was stately and beautiful in a dignified way, and her garments were inlaid with costly materials.  In her hand was a silver lute.  The spirit asked Jacinta why she was filled with sorrow.

“I lament my current situation,” she told the apparition.

“I was once like you,” said Zorahayda.  “I was in love with a Christian, who left me for another.  I must remain a spirit in this place until you, a girl whom I once resembled, anoint me with this fountain’s waters.  So come here, girl, and do so.”

Jacinta dipped her hands in the fountain and sprinkled it over the countenance of the ghost. The spirit soon faded away, seemingly happy.  The next morning, the silver lute–the same one given by the ghost–was there.  Soon Jacinta began to play this lute which such extraordinary power and brilliance that she became known all over Grenada.  Her skills were unsurpassed.  The Tower of the Princesses had come to life once again, with some of the most hauntingly beautiful music that the area had ever heard.  Soon her fame spread to Malaga, Seville, and Cordova. 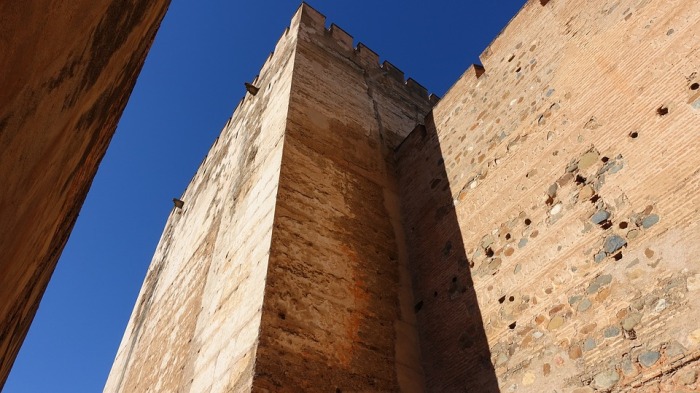 Now Philip V was known for his distemper and occasional hypochondria.  He had recently fallen into one of his bouts of depression.  His assistants had heard about Jacinta’s consummate skill with the lute, and decided that she might be able to restore the king to his former self.  So Isabella herself asked for Jacinta to play the lute for the sick king.  She agreed to do it, and was led down a great hall of one of Philip’s palaces.  The queen told her to take a seat beside his bed and start to play.

Jacinta started slowly, and then gathered force and power.  Note danced from her lute like magic; her voice penetrated the halls of castle with clarity and force.  She sang, almost as if under the spell of her ancestors, of the glories of the warriors and kings of the Umayyads, the Fatimids, the Almoravids, and the Almohads.  Old ballads were given new life, and a new voice.  The king was not only enchanted, but he was nearly ready to leap out of his bed and take up the sword.  The king’s misery was permanently banished, and in its place was confidence and dignity; for he knew what he was, and what his nation’s glorious history had been.  Faith and knowledge had redeemed all.

And when Jacinta had finished, she laid eyes on Ruiz de Alarcón, who was also present in the palace.  For the silver lute possessed special powers, and could make many things possible.  The two of them would eventually be united in happiness.

This, then, is the tale of the Rose of the Alhambra, as I have adapted it from the version told by Washington Irving.

Read Stoic Paradoxes today, which is available in paperback, Kindle, and audiobook:

6 thoughts on “The Rose Of The Alhambra”