Skip to content
HomeThe Sorrow Of The Grammarian Of Basra, Iraq 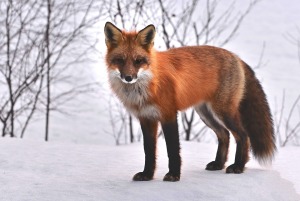 Abu Faid Muwarrij al-Sadusi was a grammarian from the city of Basra, Iraq.  We do not know the precise date of his birth, but he is reliably said to have died in the year A.D. 810 (year 195 in the Islamic calendar).  His biographer Ibn Khallikan says that he studied at the school of Abu Zaid al-Ansari, and showed a particular talent for poetry and philology.  We are also told that he accompanied the Abbasid caliph al-Mamun to Khorasan, and eventually took up residence in Marw and Nishapur.

Examples of his poetry show him to have been masterfully adept in the expression of grief and loss.  Consider the following verses:

So oft have I suffered the pains of separation, that I heed them no longer;

I feel no more the misfortunes which wound me by striking my family and friends.

Fortune never left with me one whom I dearly prized, without intending to remove

That person or to estrange her from me.

Even more artful is this qasida (Arabic ode) he composed to convey the sorry he experienced at the loss of his vision.  What makes this piece memorable is his grief for his wife’s resultant suffering, as well as his own:

Behold her weeping!  Her who had never to complain of privations and whose

Nearest friends were never driven by misfortunes into a distant land.

But now the hand of time has wounded her in the object of her affection,

Striking her with a piercing calamity, and calamities pierce the heart.

By his toils and by travelling into distant lands…

Through the clouds of dust, nor to guide the sleek six-year-old steed

Which prances when reigned in.  I remain imprisoned in a fixed abode

And pledged to suffer grief from morn to night.

Here, where I dwell on earth, the sky is dark and cloudy; my walking-place

Is narrow, yet it is a vast plain exposed to the sun.

I am led about therein, submissive as a camel to the halter;

I who had never been submissive, were it not for the perfidy of fortune.

I am as a corpse having no grave in which to lay its side.

Alas!  It is not every corpse which obtains a grave.

Here am I, my heart no longer afflicted at the loss of friends!

No longer rejoicing under the seductions of fortune.

I was once an admirable spear, but now its point is blunted, and

My youth, once firm as wood, is now shattered and rent asunder.

Blessings on the days in which I rode uncontrolled on the steed of love;

One as I was then, would suffer no control in his love for

Gracefully moving maidens.  My youth, which I enjoyed to the utmost,

Is now departed; it has been snatched away, yet the eyes of fortune

O what nights I joyfully passed with the fair, whose glances

Were alternately directed towards me and turned away!

Nights in which my ardor was many-fold greater than now;

I plaintively allude to them, for they will declare openly what I have been.

Rarely has a poet so poignantly expressed the pain of loss as in these verses.  There is, at the same time, a tenderness expressed for his wife, who grieved along with him.  One of Muwarrij al-Sadusi’s best volumes was a work known as the “Book of Tempests” (Kitab al-Anwa’, كـتـاب الأنـواء), which is apparently lost.  We know the titles of several others of his works, but little has survived in the way of specific details about his life.  Al Muwarrij himself said that his names were unusual:

My name and my surname [Muwarrij and Faid] are of rare occurrence; the Arabs of the desert employ the verbs arraj and arrash with the meaning of the verb harrash (to excite quarrels).  Faid is the flower of the saffron-plant. The verb fad…signifies to die, when employed in speaking of a man.

One thought on “The Sorrow Of The Grammarian Of Basra, Iraq”