Skip to content
HomeIctus Animi: The Smiting Of The Mind 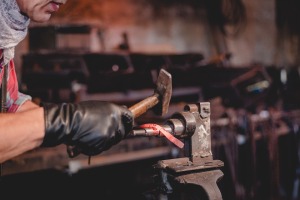 We are unlikely to arrive at any awareness of things while sitting within the confines of our domestic barricades.  Enlightenment requires perception; perception, sensory input; and sensory input, direct experience with the world of the living outside our familiar habitations.  The leisure of contemplation, and the enticements of philosophical reflection, allow for the refinement and processing of these experiences, but cannot serve as a direct substitute for them; and unlucky is he who deludes himself into believing he has arrived at weighty insights from the contemplation of the four walls around him.

In one of his letters (Epistulae LVII), Seneca describes a trip he made from Baiae to the Naples.  Baiae is gone now, having been reclaimed by the sea and the elements; but in Seneca’s day it was a resort town for the wealthy on the north coast of the Bay of Naples.  Seneca was thinking of making the trip by sea, which would have been faster and less arduous than an excursion by land.  But he decided to travel by road instead, believing that a storm would be rolling in from offshore.  The trip turned out to be an unpleasant one, leaving the philosopher covered in mud and dust; but this direct experience (literally “down in the mud”) turned out to be a moment of revelation for him.

He wrote that “This darkness in fact gave me something that I might reflect on.  I sensed something of an impact to my consciousness, and a conversion in thought without trepidation, which the novelty of this new experience and its filthiness had made (Aliquid tamen mihi illa obscuritas, quod cogitarem, dedit; sensi quendam ictum animi et sine metu mutationem, quam insolitae rei novitas simul ac foeditas fecerat).”  It is no accident that Seneca chose to use the word ictus in this sentence:  the word means a blow or a strike, which is a strong word to use for a moment of mental revelation.  The experience of being down in the mud and the grime literally “smote his mind” (sensi quendam ictum animi) and pushed him into a new level of comprehension of his world.  This ictus animi–this “smiting of the mind”–is what direct experience does to the consciousness.

And what was it that he became aware of?  He says that became aware that it is absurd for us to fear the magnitude of the disasters that may befall us.  Whether we are harmed by a tremendous force, or a force not so tremendous, the end result is the same:  we are still being harmed.  To use an analogy I remember from Cicero’s On Moral Ends, a man who drowns in three feet of water is just as dead as the man who drowns at the bottom of the sea.  In this example I am using, it is not so important just what lesson he learned from it; what is important is that he learned something by direct experience.  He would have never had such a moment of insight had he kept himself locked away in a country villa.  Isolation is for the processing and digestion of new experience; it is not for the generation of a new experience.  Griminess and filthiness are essential ingredients of insight. 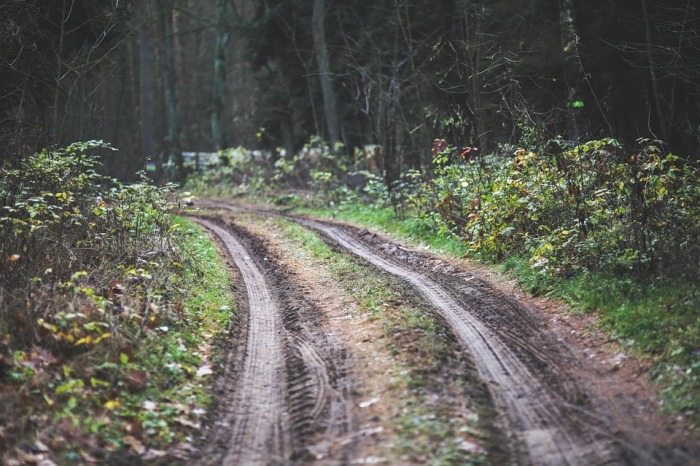 This is why, it seems to me, that a man should seek an environment where such experiences and stimuli can be found.  Dr. Samuel Johnson, that eminent man of letters, always believed it was better for him to live in London, than to waste away his years stuffed in some book-lined cottage in, say, Cornwall.  He wanted to be where the action was; he needed to walk the busy streets, to converse with friends and acquaintances, and to go out drinking and tavern-exploring until the early morning hours.  This would not have been possible anywhere else.  And what of human interactions?

How can any knowledge of anything come to us when we are isolated?  Do you really think that you can do everything yourself?  Are you that strong, and that self-sufficient, that you do not need to make new friendships, or refresh old ones?  It is our friends, and our intimate companions, who inspire us to continue the race of life; it is they who have the power to encourage us, or discourage us, as the case may be.  Doomed is he who has no one to inspire him, and no one to encourage him.  O my brother, show me who you are, and who you could have been, if only someone had believed in you.

I should say a few words on the subject of friendship, since it is a topic that the ancient writers love to dwell on.  Perhaps I should use the word “deify,” since some of them treat friendship as if it were some kind of “end state” that a man arrives at, and is then finished.  Some–not all–of them make it appear that friendship is a static, fixed state, rather than the dynamic, fluid process that it really is.  This is why I believe Dr. Johnson’s views on the dynamic nature of friendship were more wise than the views of many other writers.  Boswell tells us more in this regard:

I have often thought, that as longevity is generally desired, and, I believe, generally expected, it would be wise to be continually adding to the number of our friends, that the loss of some may be supplied by others.  Friendship, the “wine of life,” should, like a well-stocked cellar, be thus continually renewed; and it is consolatory to think, that although we can seldom add what will equal the generous first-growths of our youth, yet friendship becomes insensibly old much less time than is commonly imagined, and not many years are required to make it very mellow and pleasant…

Men of affectionate temper and bright fancy will coalesce a great deal sooner than those who are cold and dull.  The proposition which I have now endeavored to illustrate was, at a subsequent period of his life, the opinion of Johnson himself.  He said to Sir Joshua Reynolds, “If a man does not make new acquaintance as he advances through life, he will soon find himself left alone.  A man, Sir, should keep his friendship in constant repair.”

No reasonable person can doubt, I think, the truth of these observations.  And yet too often we slip into our self-imposed ruts, our routines that we believe are so important.  Meeting new people, extending our hand to someone new, feels like an unwelcome imposition; for we cherish our comfort more than we do our health.  Instead of traveling by boat, for example, we should, like mud-splattered Seneca, try for once to travel by land:  the change in routine will do us good, and will be source of mental revelations.  And since we are on the topic of friendships and new acquaintances, we can do no better than to relate the memorable first meeting between Dr. Johnson and his genial biographer, James Boswell.  The meeting took place on May 16, 1763; Johnson was fifty-four years of age, Boswell only twenty-three.

The pronounced age gap between them turned out to be an advantage, not a handicap; Johnson drew vigor from the younger man’s vitality, and Boswell profited much from his mentor’s wisdom.  Boswell had long been an admirer of the older man’s brilliant literary output, and longed to meet him.  Yet he also felt some trepidation at approaching the great man, knowing Johnson had a formidable reputation for brusqueness.  Like many public figures, he cultivated a somewhat blunt demeanor in order to keep the riff-raff at bay.  Finally, Boswell found himself in a place where he would cross paths with his hero:

At last, on Monday the 16th of May, when I was sitting in Mr. Davies’s back-parlour, after having drunk tea with him and Mrs. Davies, Johnson unexpectedly came into the shop, and Mr. Davies having perceived from through the glass-door in the room in which we were sitting, advancing towards us, he announced his aweful approach to me…Mr. Davies mentioned my name, and respectfully introduced me to him…I was much agitated; and recollecting his prejudice against the Scotch, of which I had heard much, I said to Davies, “Don’t tell where I come from.”  [But Mr. Davies told Johnson this anyway, perhaps to have some sport with the younger man!]…

“Mr. Johnson (said I) I do indeed come from Scotland, but I cannot help it.”  I am willing to flatter myself that I meant this as light pleasantry to sooth and conciliate him, and not as an humiliating abasement at the expense of my country.  But however that might be, this speech was somewhat unlucky; for with that quickness of wit for which he was so remarkable, he seized the expression, “come from Scotland,” which I used in the sense of being from that country, and, as if I had said that I had come away from it, or left it, he retorted, “That, Sir, I find, is what a great many of your countrymen cannot help.”  This stroke stunned me a good deal; and when we had sat down, I felt myself not a little embarrassed, and apprehensive of what might come next…

I had, for a part of the evening, been left alone with him, and had ventured to make an observation now and then, which he received very civilly; so that I was satisfied that though there was a roughness in his manner, there was no ill-nature in his disposition.  Davies followed me to the door, and when I complained to him a little of the hard blows which the great man had given me, he kindly took upon him to console me by saying, “Don’t be uneasy.  I can see that he likes you very well.” 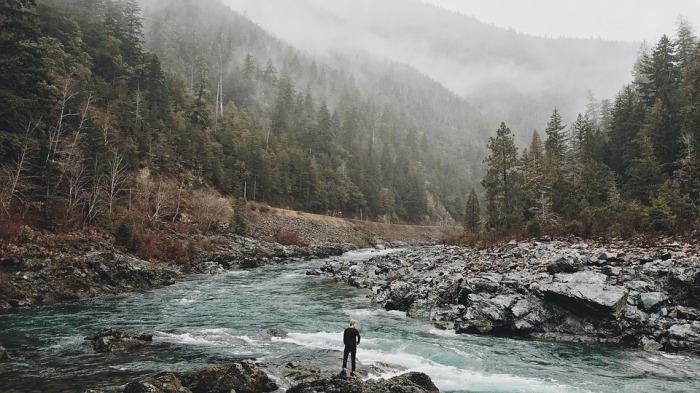 Johnson must have had, later that evening, a good laugh at the younger man’s discomfort!  But this is how it should be; the walls of friendship should not be so easily scaled.  So began one of the most memorable, and fruitful, friendships in the history of English letters.  Boswell went on to record every detail, every anecdote, and every piece of correspondence he could find on Johnson.  His book is over one thousand pages long; but such is the vividness of his portrait, and the richness of his observations, that I will very much regret the day I finish it.  They even traveled to the Hebrides together.  And it all began on that one day in May of 1763.  Had Boswell been the kind of man who liked to lock himself away in his attic, he would never have enjoyed the experiences he did, and literature would have been much more the worse for it.

If we wish to accomplish anything useful with our lives, we must shatter our old routines.  And perhaps it is not just the routine that must be shattered:  our own consciousness must be hit by that ictus animi of Seneca which I mentioned earlier.  Seek out, and welcome, ictus animi.  We must force ourselves out of the ruts and grooves of habit, and immerse ourselves in the redemptive springs of novel experience.  The sledgehammer of reality always smashes the ethereal ice-sculptures of theory.  The man alone, the man isolated in his hovel, can very easily convince himself of the superlative nature of his abilities:  but unless these claims are tested in the world’s fiery kilns and well-pounded anvils, and unless they can survive immersion in life’s mud and grime, they will remain nothing but comfortable and pernicious delusions.