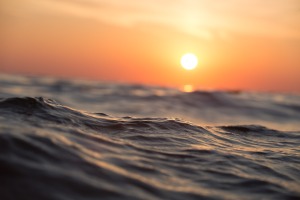 Although I do not live near the ocean now, I grew up in a small town that was close to it.  The spirit of place enters imperceptibly into one’s bloodstream; and one gets used to the tang of rotting seaweed, the early morning salt mist, the relentlessly shifting dunes, and the omnipresent screams of the gulls.  I have found that being near the ocean is restorative of health.

Allergies are swept away.  The roar of the crashing waves takes on a certain soothing rhythm; and this pulse augments that of our own hearts, raising them to crescendos of emotional power.  And yet at the same time the ocean is concealing something.  The last line in Melville’s Moby Dick said it best, I think.

Then all collapsed, and the great shroud of the sea rolled on as it rolled five thousand years ago.

I do not think it was any accident that Melville chose to use the word shroud when describing the sea.  A shroud is something that covers or conceals.  But conceals what?  The word carries a vague sensation of death:  that is, a body wrapped in a shroud.  A shroud of death, an emblem of mortification.  He knew what he was saying, and he knew what he was getting at.  At another place in Moby Dick he mentions that beneath the ocean’s apparently placid surface “pants the heart of a tiger.”  The cabin-boy Pip falls out of one of the boats during a whale chase; left floating alone in the endless expanse of the sea, he loses his mind.  Anyone who does not feel a shudder of horror when looking into the depths of the sea has not understood it properly.  It is not a place for man.  He does not belong here.  He is born of the sea; but he climbed out of its primeval slimes aeons ago, and was not meant to return.  He cannot go back, and he should not go back.

But this is a very different thing from living near the ocean.  He can feel its essence and power when he is near it; and he can draw on its strength and primeval ferocity.  He can listen to the pounding of that tiger’s heart.  But he must always be conscious that he can never really achieve union with it.  There is no union with the sea.  There is the sea, and there is you, and this is as it should be.  So we have this cautionary dualism:  there is the ancient, perilous essence of the ocean, this tiger’s heart, and at the same time there is this rejuvenating energy of the sea.  There is this inexplicable allure that calls us to it.  It both provides, and destroys.  There is kindness, and there is cruelty of the most savage sort.  The fire can both sustain and destroy.  And it seems that too much exposure to the ocean has some kind of degenerative effect, as well.  You cannot quite put your finger on it.  But it is there.  You see it with those old mariners.  The grizzled visages of those who have spent too much time with the ocean do not really convey wisdom:  it is rather that the life has been sucked out of them, leaving a desiccated human husk.  There are no places so degenerate as some of these obscure seaside communities.  The odors of decay and ruin hover about them. 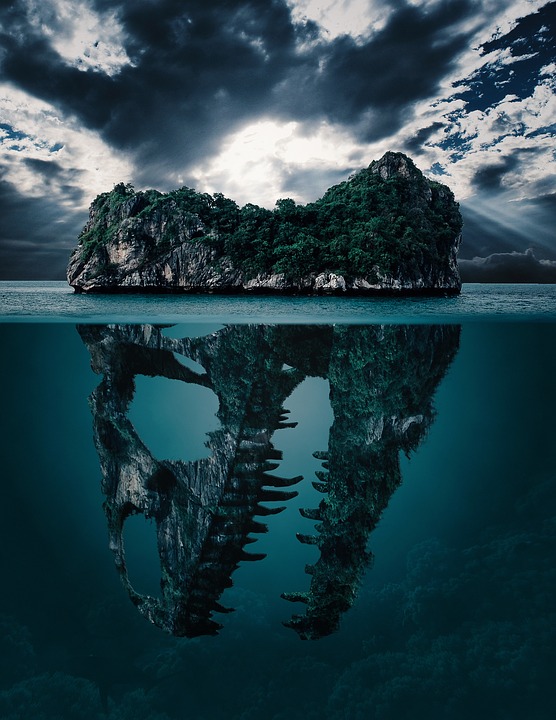 This kind of dualism is not unusual.  It is just that we do not see it for what it is, most of the time.  There is an episode from Rome’s Samnite War in 321 B.C. that is another example of this kind of dualism.  The historian Appian tells the tale in his Samnite History (Ch. 3).  The Samnites, an Italic people against whom Rome had waged constant war, won a victory against the upstart Romans.  The Samnite victor’s name was Pontius.  He asked his father for advice after he had crushed a Roman army and taken tens of thousands of them as prisoners.  Pontius did not know whether to put the prisoners to death, sell them into slavery, or release them.  His father gave him this advice:

My son, for a great enmity there is but one cure–either extreme generosity or extreme severity.  Severity terrifies, generosity conciliates.  Know that the first and greatest of all victories is to treasure up success…Vanquished by benefits only, they will strive to surpass you in respect of this deed of kindness…If this does not suit you, then kill them to the last man, not sparing one to carry the news…

One could either act with extreme cruelty, he says, or with extreme benevolence.  The old man’s advice was to slaughter the Roman prisoners.  But this was something that Pontius was quite unwilling to do.  He feared the wrath of the gods for such a cruel deed.  He also thought that such an atrocity would make peace between the two peoples nearly impossible to achieve.  At the same time, he was not willing to let them go with just a slap on the wrist.  To err on the side of kindness was also dangerous:  the Romans were in the habit of exploiting every opportunity, and they might see such a gesture as a form of weakness.  So Pontius sought a middle ground between these two extremes of generosity and cruelty.  His decision was to confiscate all their arms and equipment, and then force them to “pass under the yoke,” which was an ancient ritual of humiliation where the defeated had to pass under the upraised swords of the victors.

And this is the same kind of duality we referred to earlier.  The idea of the ocean’s ability to deliver savage retribution, and at the same time, life-sustaining power.  It is good to draw warmth from its fires.  But at the same time there are limits.  There are limits to what can be done, and to what benefits that it can provide.  To appreciate the ocean, to draw from its strength, a man must pass under its ritual yoke.  He must walk sub iugum.  He must accept its duality, and submit to it without complaint.