Skip to content
HomeVictory On Ice: The US vs. The USSR In The 1980 Winter Olympics 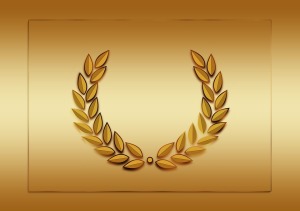 If you’re feeling down and have two hours to spare watching an old sporting event, here is something guaranteed to lift your spirits.  It is the hockey game played between the United States and the Soviet Union at the 1980 Olympic Games in Lake Placid, New York.  I wanted to post this game for several reasons.

First, I suspect that many younger readers have never seen this game or even heard of it.  If so, I hope they will consider watching it.  We need underdog victory stories now more than ever.

Second, it is a brilliant example of how aggressive, confident play can take a powerful but complacent adversary by surprise.  The Soviet hockey team in 1980 was generally considered to be the best in the world.  Only one year earlier it had defeated several professional US hockey teams.  The US Olympic team, on the other hand, was a collection of amateurs in their early twenties.  Almost all of them were totally unknown.  The game was expected to be a complete rout, so much so that it was barely given any attention beforehand.  It was also broadcast at a late hour, as the television networks assumed no one would be interested.  I was twelve years old at the time and happened to be one of those stayed up late to watch the game.

It turned out to be one of the most startling upsets in sports history.  No one predicted it, and no one believed it had happened.

I need say nothing more.

Here, then, is the 1980 Olympic hockey game between the United States and the Soviet Union.