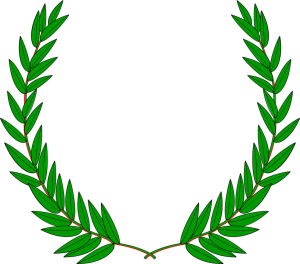 Like the ceremony of deification, the Roman triumph (triumphus) is one of those rituals about which few readers may have a clear picture.  This is unfortunate, for the ceremonial triumph provides a very revealing window on certain aspects of Roman society.  Ancient writers mention it frequently, but almost always in passing; we are seldom offered a description of the event itself.  Fortunately, the Greek historian Appian has done just this in his writings (VIII.9.66), and it will be useful for us to relate the specifics here.

The triumph was a ritual procession that had both religious (originally, at least) and secular significance.  Like many Roman practices, it evolved over time; what was a relatively modest affair during the republican period would eventually become an elaborate, expensive celebration during the late imperial period.  Appian lived from about 95 to 165 A.D.  While we cannot be certain that he personally witnessed a triumph, or simply based his account on earlier written sources, his choice of words when describing the singing and dancing of the marchers and the jocular behavior of the soldiers gives a strong impression–to this reader at least–that he was writing from first-hand experience.

In either case, he is generally reliable and there is no reason to call him into question.  The purposes of the triumph were, in my view, these:  to honor a military commander of exceptional ability; to provide the public with an example of ideal Roman virtus; to unite the community around the military purposes of the state; and, most importantly, to drive home the point to the defeated that they were truly crushed.  There may once have been overt religious elements to the triumph, perhaps inherited from the Etruscans, but it is often difficult to draw a clear line between the secular and the religious in such cases.  The Roman religion was, after all, a state religion. 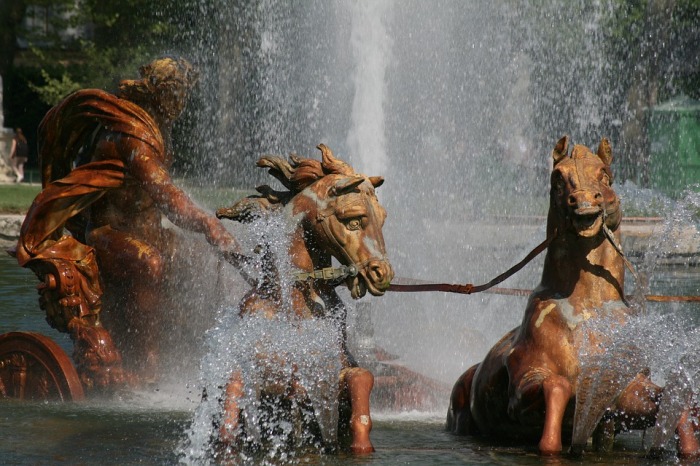 Only the senate could decree a triumph, and it was considered a supreme honor, given only to a general of exceptional achievement.  Appian tells us that everyone in the procession wore crowns.  Like a modern parade, there were various groups that followed one after the other:

1.  Trumpeters came first, along with wagons laden with plunder taken from the military campaign.

2.  Models of towers then followed.  Perhaps these were constructed of wood, reeds, or other light materials.  These were carried by hand, and were meant to be representations of captured or destroyed cities.  Pictures showing scenes of war would be displayed to the crowd along with the models of towers.

3.  Gold and silver coin and bullion, and any other valuable articles of war followed.

4.  After this came marchers bearing crowns that had been given to the triumphal general (vir triumphalis) during the campaign.

5.  After this came white oxen, along with the captive enemy leaders.  Appian mentions them as Carthaginian or Numidian chiefs, but in other campaigns we might imagine them as enemy leaders from different parts of the world.  The significance of the white oxen must have had some religious origin, perhaps something originally related to sacrificial purity, or fertility.

6.  Then came the Roman lictors wearing purple tunics.  A lictor was something like a civil servant who attended a magistrate, bearing the bound rods and symbols of authority known as fasces.  With the lictors was “chorus of harpists and pipers, in imitation of an Etruscan procession.”  These marched in regular order, keeping step with the music while dancing and singing.  Appian says that these are called Lydi, “because, I think, the Etruscans were a Lydian colony.”  He mentions a memorable personage:  “One of these [dancers], in the middle of the procession, wearing a purple cloak reaching to the feet and golden bracelets and necklace, caused laughter by making various gesticulations, as though he were dancing in triumph over an enemy.”

8.  After them came the victorious general himself.  He rode in a chariot decorated with various designs, and wore a crown of gold and jewels.  His toga was purple and “interwoven with golden stars.”  In his hand he carried a sceptre of ivory, as well as a laurel branch (a symbol of victory inherited from the Greeks).  Boys and girls would even ride in the chariot with the victorious general.  Mounted on horses to either side of the chariot would be young men from the general’s family.

9.  After this came the general’s retinue of secretaries, aides, and weapons-bearers.  These were attendants and trusted assistants who had been with him on campaign.

10.  After this came the army itself, arranged by cohorts.  All of the men were crowned with laurels, and the most honored, decorated fighters would be carrying prizes of war.  This was one of the rare occasions when Roman military discipline was relaxed; Appian says that “in a triumph everybody is free, and is allowed to say what he pleases.”  Thus during the procession the soldiers were free to praise or criticize officers as they saw fit:  “they praised some of their captains, derided others, and reproached others.”

This was the entire procession, according to Appian.  It came to an end at the Capitol:  “When Scipio arrived at the Capitol the procession came to an end, and he entertained his friends at a banquet in the temple, according to custom.”  All in all, the impression given is that of a festive atmosphere.  But behind this, we should remember that triumphs were a deadly serious business.  They were meant to celebrate conquest.  Defeated captives could expect, like Jugurtha, to be put to death or sold into slavery unless some extenuating circumstance intervened.

Read more about daring campaigns and triumphs in Sallust: