A period of travel and overseas residence can transform a man from a plodding conformist to a free-thinking iconoclast.  Travel is the expediter of dreams, the elixir of mental health, and the abolisher of parochial preconceptions.  Nowhere is this truth more clearly demonstrated than in the life and career of scientist Charles Darwin, whose five-year voyage aboard HMS Beagle provided him with the raw materials from which he was able to formulate his earth-shaking doctrine of evolution by natural selection.

While his On the Origin of Species has deservedly received the lion’s share of attention from his literary corpus, the published record of his travels, Voyage of the Beagle, has much to tell us of Darwin’s personality and powers of observation.  He was born in 1809 in Shrewsbury and had shown an early interest in natural history.  After completing a medical education in Edinburgh, he was admitted to Cambridge University; by this time his interests had expanded to entomology, botany, and mineralogy, as well as travel in general.  And it was at this point that Darwin was visited by an opportunity that most never see in their entire lives:  a professor friend informed him that a ship named the Beagle would be traveling to South America, and that the captain, Robert FitzRoy, needed a naturalist. 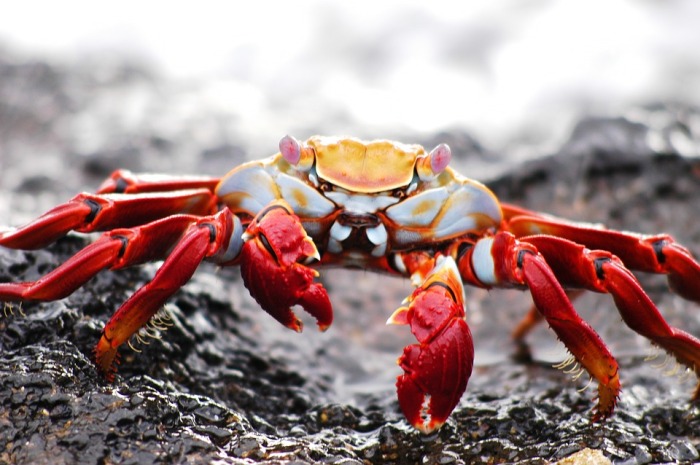 Darwin initially turned down the offer.  His father did not think the trip would be suitable for a young man headed towards a clerical career; and here again fate intervened to save the young Charles.  One of his uncles, Josiah Wedgwood II, argued in favor of the trip to Charles’s father, saying “the undertaking would be useless as regards his profession, but looking upon him as a man of enlarged curiosity, it affords him such an opportunity of seeing men and things as happens to few.”  This apparently settled the matter.  We may ponder here the role of fate in human affairs; had not Darwin accepted the offer to ship out with the Beagle, he likely would have died in obscurity as just another perceptive naturalist.  The Beagle left Devonport in December 1831; Darwin was only twenty-two, and would not return for five years.  During these years, as the ship circled the globe and stopped in many and various countries, Darwin kept a detailed journal, patiently recording his observations and impressions of what he saw.  What strikes the reader is the keen insight displayed in the document:  he not only records information about plants and animals, but reflects on national customs, cultures, and local traditions.  He has the eye of a scientist, seeing everything and filing it all away for future reference; he is not quick to judge, and when he does, it is to attempt to connect the unfamiliar with the familiar.  In the following passage, Darwin describes the characteristics and habits of an octopus he studied in the Cape Verdean islands:

I was much interested, on several occasions, by watching the habits of an octopus or cuttle-fish.  Although common in the pools of water left by the retiring tide, these animals were not easily caught.  By means of their long arms and suckers, they could drag their bodies into very narrow crevices; and when thus fixed, it required great force to remove them.  At other times they darted tail first, with the rapidity of an arrow, from one side of the pool to the other, at the same instant discolouring the water with a dark chestnut-brown ink.  These animals also escape detection by a very extraordinary, chameleon-like, power of changing their colour.  They appear to vary the tints, according to the nature of the ground over which they pass:  when in deep water, their general shade was brownish purple, but when placed on the land, or in shallow water, this dark tinti changed into one of a yellowish green.  The colour, examined more carefully, was a French gray, with numerous minute spots of bright yellow:  the former of these varied in intensity; the latter entirely disappeared and appeared again in turns. 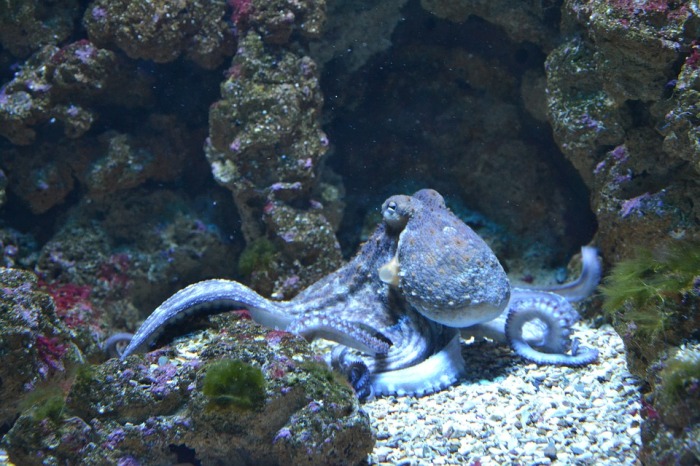 These changes were effected in such a manner, that clouds, varying in tint between a hyacinth red and a chestnut brown, were continually passing over the body…This cuttle-fish displayed its chameleon-like power both during the act of swimming and whilst remaining stationary at the bottom.  I was much amused by the various arts to escape detection used by one individual, which seemed fully aware that I was watching it.  Remaining for a time motionless, it would then stealthily advance an inch or two, like a cat after a mouse; sometimes changing its colour:  it thus proceeded, till having gained a deeper part, it darted away, leaving a dusky train of ink to hide the hole into which it had crawled…From the difficulty which these animals have in carrying their heads, they cannot crawl with ease when placed on the ground.  I observed that one which I kept in the cabin [of the ship] was slightly phosphorescent in the dark.

These are surprisingly articulate observations for a young man in his early twenties.  He has the patience to sit by this tidal pool for hours, watching the cuttle-fish go about his business; he tests it capabilities, and seeks to draw conclusions from what he has observed.  The reader of Darwin’s journal feels himself in the presence of a great scientist, a man who is one day destined to leave his mark upon the world.  Without his five years of direct, unfiltered experience of seeing and feeling the world’s animals and geological processes, he never would have been able to complete his masterwork, On the Origin of Species. 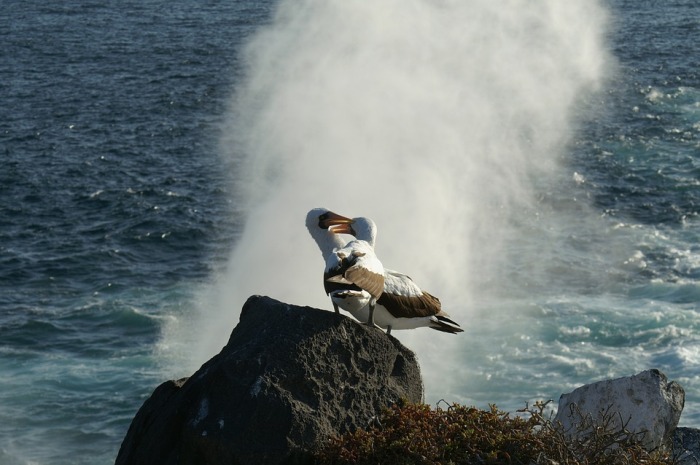 Without travel, we are nothing:  we are creatures deprived of our eyes and ears, provincial beings trapped within a narrow range of sense-perceptions.  Abstract ideas are the outgrowth of sense-perceptions:  and when the latter is limited in scope, the former cannot fail to be similarly restricted.  Yet it is not enough just to board plane, car, or ship, and plant our feet in a foreign land; many call themselves “travelers” who learn absolutely nothing from their journeys.  If anything, travel for such people does little more than reinforce their preexisting prejudices.  This is not travel:  it is moving about within a protective capsule.  To accomplish anything useful, we must observe what we see with that “enlarged curiosity” noted earlier by Darwin’s uncle, Josiah Wedgewood.  It is this spirit that enables us to break our mental chains, and see things in new lights, and with fresh perspectives.