Skip to content
HomeSelfish Leaders Are The Ruin Of A Nation

We have previously discussed the Book of Kalila and Dimna in these pages.  Its source material can be traced to the Indian classic The Panchatantra of Vishnu Sarma.  And it is from this book that the following fable originates.

There was once an elderly serpent called Weak Venom who unintentionally found himself cast into a deep pool inhabited by frogs.  Not knowing exactly what to do, he remained motionless for a time while considering his next move.  He was then approached by a frog who said to him, “Sir, what are you doing here?  Why aren’t you swimming around, searching for food?”  The snake looked at the frog and began to tell him how he got to his present situation.

“Just a little while ago,” said the snake, “I was looking for food and saw a frog that looked enticing.  But the frog slipped away, hiding between the legs of a few Brahmans who were reciting the sacred texts among themselves.  I searched for the frog, and eventually came upon something that looked like the frog, but was not.  It happened to be the toe of one of the Brahman’s sons.  I bit the toe, thinking it was the frog I was hunting, and the boy died.  The boy’s father, enraged with grief, threw me into this pit, saying that as punishment I should forever have to live on whatever other frogs allowed me to eat.  This was the curse put on me.”

When he heard this, the frog then hopped away to tell all his friends.  He and his other frog comrades found the story fascinating, and somewhat entertaining.  Word eventually was passed to the frog-king, whose name was Watertoes.  So Watertoes took his ministers and decided to see this bizarre snake for himself.  Watertoes found Weak Venon, and hopped on his back; some of the frog-king’s ministers also did the same.  Weak Venom then began to swim through the water, followed by various other frogs, all fascinated by this scene.  The snake knew that he needed to charm the frogs, since his survival depended on making them happy and satisfied.  So he entertained the frogs with nice twists, turns, and rolls, and the frogs loved every minute of it.  Everyone enjoyed the spectacle.

The next day, Watertoes visited Weak Venom again, but this time the snake was sluggish and inert.  When the frog-king asked him what was wrong, the snake told him, “Sire, I don’t have enough strength to perform as I did yesterday.  I need food to keep me fit and healthy.”

Watertoes thought the matter over for a few seconds, and then replied in a low voice, “Well, friend, why don’t you just eat one or two commoner frogs?  They certainly won’t be missed, and I can promise you I won’t have any problem with it.”

Of course, Weak Venom was secretly delighted to hear this.  He told the frog-king, “Thank you, sire, for allowing me to do this.  The curse of the Brahmans was on me; I could not eat anything without your permission; but now that I have it, I am very grateful.”  The snake, thus empowered by the frog-king Watertoes, began to eat commoner frogs at will.  He was soon satisfied, and the frog population gradually began to see a decline in numbers.  What concerned him, however, was how long he would be able to keep up his cunning game.  Surely, he thought, the frogs would catch on to what he was doing?

But the frog-king did not really comprehend what was happening.  Once, however, he heard Weak Venom gloating to himself about how he had tricked the frogs and their stupid king.  Watertoes grew angry, and asked the snake what he meant by his words.  The snake talked himself out of trouble with some smooth words, and soon Watertoes was again placated.  Weak Venom resumed his feeding schedule, and soon the frog population was entirely decimated.  As his last meal, he consumed the frog-king himself, Watertoes.  And it was only at that moment that the frog-king realized how utterly stupid, weak, and incompetent he had been in allowing this predator to pillage and consume.  But of course, this realization came far too late; it was the end of him.

The selfish incompetent, Watertoes, had provided the snake the opening he was looking for.  It could all be traced back to one act:  that moment when Watertoes allowed the predator a foothold by offering up one of his own subjects.  This is how quickly such betrayals can happen.  Once this line was crossed, there was no going back.  His nation was finished, and he himself was finished.  He betrayed his people, and he betrayed his oath; he was more concerned about his own amusement and comfort, than he was about the sacred responsibilities of his office.  We see this same pattern, of course, all over the world today, as those who call themselves “leaders” of nations are, in reality, far more concerned about the privileges of office, than they are about the duties of office.  And the consequences are just as disastrous to their people, as the terrible fate that was visited on Watertoes’s unsuspecting frog population.

Along these lines, the same message is found in the pages of Ibn Zafar, whose political treatise (Consolation of the Ruler Amid the Hostility of His Subjects) we have discussed elsewhere.  He says that the first Sassanid Persian king, Ardashir, had a good son named Babak.  Babak and his father would often have political and philosophical discussions with each other.  The young man showed an early inclination to philosophical wisdom, and was wise beyond his years.  They are said to have had the following exchange:

“The man who is truly enslaved,” said Babak, “is he who is driven by his desires and passions at the expense of others.”  This is certainly true; we see many leaders today who are subjugated in precisely this way. 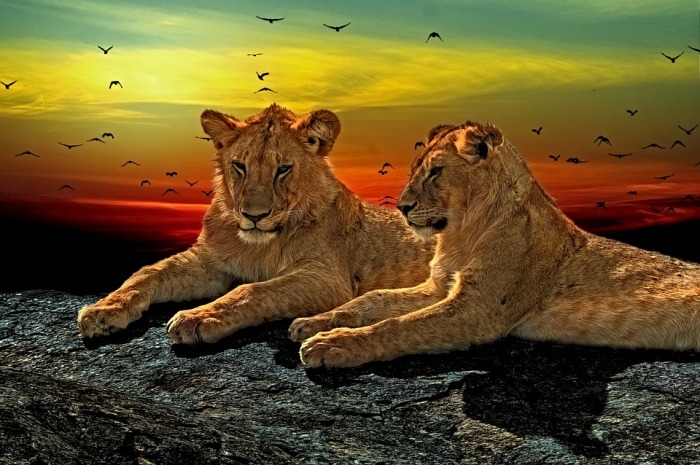 “This is true,” replied Ardashir.  “The best kings work only for the good of their people, not for themselves, their families, or the good of other nations.  By acting in correct ways, they find grace in the eyes of God.”

“This is very true, sire,” said Babak.  “But such grace is not conferred on every king.  Very few are willing to set aside their personal interests, and to consider the interests of the very poorest men in their kingdom.  But by doing this, they show their greatness.  A good king will devote his time and his energies to advancing the good of all his subjects; he will do everything possible to avoid even the appearance of impropriety or corrupt dealings.  To possess these qualities is more uncommon than the sphinx, more incredible than the wonders of alchemy, and more rare than red gold.”

These were the words of the dialogue spoken by Ardashir and his son Babak, according to Ibn Zafar.  They mirror the lesson of the fable related above:  weak, selfish leaders invariably show their true colors when tested by events.  And they inevitably bring about the ruin of those they presume to govern.

Read more in the landmark translation of Cicero’s On Duties, which is also available in audio book: