Skip to content
HomeThe Font Of Life And Leadership

How often do we really think about time, and our interactions with it?  We know that Augustine of Hippo, in his Confessions (XI.20), expended significant effort on the nature of time, and its effect on human affairs.  In his view it was not accurate to say, as we normally do, that the three “times” are past, present, and future.  The better way of understanding our perception of time, he says, is to observe that the three “varieties” of time co-existing in our souls are the following:

Now what these three varieties of time all have in common is that they are connected to the present.  The implication is that the past and the future are always with us by way of memory and expectation.  We should never think that the study of history is an abstract exercise, for the collective historical memory is tightly woven into our present consciousness.  The present health crisis compels us to look back in time—that is, to exercise our powers of collective memory—in order to study how similar crises were handled in previous eras. 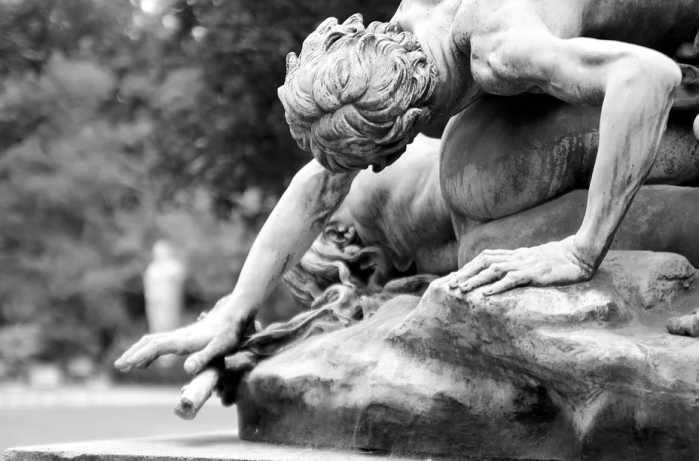 There is no shortage of examples.  The exemplars of leadership who have stood the test of time are those who have (1) communicated effectively and with authority; (2) put the interests of the people ahead of their own interests; and (3) emphasized the nobler characteristics of human behavior.  Earlier today I decided to listen to some of President Franklin Roosevelt’s first “fireside chats” that he delivered to the American public when he first took office in 1933.  They really are marvelous addresses; in clear, friendly, authoritative diction, Roosevelt explained how banking worked and what he was specifically doing to combat the crisis that had engulfed the nation.  His tone contained not a hint of fear, arrogance, panic, or blame; he sought to educate, to inform, and to reassure.  Even after the passage of eighty-seven years, these intimate speeches exude the kind of warmth and avuncular resolution that was needed to calm a frantic and bewildered populace.

The best leaders will always place themselves at the front, where they can be seen and heard; they know that jittery subordinates key off every facial tic, intonation of voice, and steely-eyed glint.  They can only laugh at those “leaders” who ensconce themselves in chateaux while allowing others to take all the risks.  The great commander will also exhort his men forward, always seeking to emphasize the best qualities that virtue embodies.  Herodotus says that, before the great naval engagement at Salamis in 480 B.C. between the Greeks and the Persian Empire, the Athenian general Themistocles sought to do precisely this with his men:

At the first light of dawn, the marines were called to a meeting, at which the best speech of all was given by Themistocles.  The whole way through it, he contrasted the better aspects of human nature and society with the worse.  “Choose what is better!” he exhorted, before winding up his oration by ordering the marines to board their ships…Then the entire Greek fleet put out to sea—and no sooner had the ships been launched than the barbarians were upon them.  [VIII.83; trans. by T. Holland]

Themistocles knew that the human heart instinctively seeks out the good, and was more inspired to action by the invocation of the good, than by an unhealthy emphasis on fear and ignominy.  And as for the matter of placing the public good ahead of private profit, we may take note the following example.  Monte Testaccio in Rome is a huge mound that was created by discarded handles of amphorae, the large jars that were used in the commerce of commodities in the ancient world.  Near this mound was a quay of the Tiber where ships laden with grain, wine, oil, and other products were offloaded for distribution in Rome; a large marble slab was erected at there, visible to all who did business there.  On this slab was engraved the following:

This admonition, loosely translated, states:  “Whatever public necessities are brought here, should not be subject to the duty [i.e., taxed].”  The duty referred to is the octroi, a kind of customs duty levied on imported goods; in Latin the word is ansarium.  Now this term ansarium is an interesting one; it is derived from the word ansa, which means the handle of an amphora.  Some scholars have speculated that the mountain of ceramic ansae (amphora handles) is basically a heap of “shipping receipts” created when amphorae of goods were offloaded:  a handler on the quay would use a wooden mallet to knock off one of the handles to indicate a proof of delivery.  Commerce in the ancient world was a serious business, as it is in our own day. 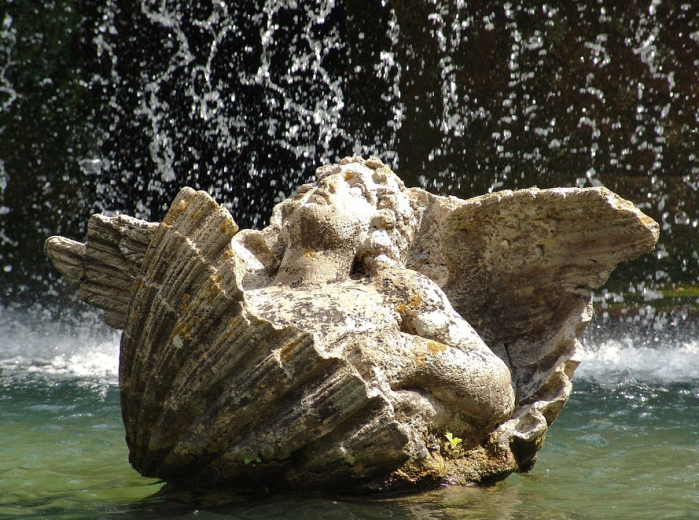 We can say that this motto noted above embodied a certain attitude that the Romans had about the availability of basic necessities for their citizens.  The inscription makes it clear that these comestibles should not be taxed; they should be made available to citizens at prices that were affordable.  Profiteering, price-gouging, and exploitation were unacceptable violations of the public trust, and would be punished; public good took precedence over the enrichment of the few.  It is an ethic that seems to have been forgotten today.  Those in positions of authority who attempted to exploit their office to gain unfair advantages over their fellows were reviled, and punished with a commendable ferocity.

But ages have passed, and we must note the decline in the character and fortitude of those chosen to lead.  But know, brother, that if we cannot find leaders from without, we must find them by looking within.  Each commands his own soul; each man must hold himself accountable.  There is, within each of us, reserves of such strength and duration that would truly surprise us; few have occasion in their lives to tap into such reserves, and even fewer have the courage to do so.  Strength and endurance are genies infrequently summoned from the Lamp of Circumstance.  Yet the tide of events proceeds; what may seem unthinkable one day, becomes a very stark reality the next.  And here we should recall the words of our beloved Petrarch, when he wrote the following words in a letter to his brother Gherardo in 1349:

What about the other terrible things that are judged to be the most serious (next to death):  the dangers of captivity and betrayal, of the kind we have often dealt with on land and the open sea, so that remembering them now brings back my numbness and terror?  But we escaped these dangers…We escaped them, but some known to us and our friends lost their lives in similar perils, by fire, violence, prison, shipwreck, and in many other ways that is terrible to relate, because of the brutal and recent tragedies of our friends.  We have walked among these traps, and have navigated between these ominous rocks, brother.  [Inter hos laqueos ambulavimus atque inter hos scopulos navigavimus, frater].

In the present, we will cultivate memory, focused attention, and expectation of the future, as Augustine noted.  As Petrarch speaks to his brother, so we speak to ours.  And know, brother, that we do what is necessary, and we will triumph in this world, mindful of our obligations as the commander of our soul, and of the nobler aspects of that guiding virtue which is the source of all greatness, and the font of all human life.

Read more in the comprehensive collection of essays, Digest: