Skip to content
HomeSentinels Of The River Of Life

One of the myths associated with the foundation of Rome was that of the reconciliation between the Romans and the Sabines.  This took place through the mediation of the Sabine women, who, after having been abducted by the Romans, grew tired of conflict and longed for peace.  The kings of the two tribes—Romulus for the Romans and Titus Tatius for the Sabines—held a conference at a location where a battle had recently been fought between the two sides.  Their purpose was to unify their two nations.

This meeting place was, we are led to believe, a marshy patch of ground that came to be called the Comitium, a word derived from the Latin word coire, which means “to assemble.”  Near this place was also the Curia, the senate meeting-hall; and close by flowed a meandering stream where the flamen, or priest serving a particular deity, could conduct his ablutions before offering the requisite sacrifices that occasion might demand.  “For this reason,” says the Italian scholar Rodolfo Lanciani in his New Tales of Old Rome, “and also because of the thought that life is like the water of a river that flows into the sea of eternity and disappears, memorials to heroes were raised in preference along the banks of rivers.”  He notes that Aeneas was buried along the shore of the river Numicius, in the hills of Lavinium.  I much agree with Lanciani’s analogy of life as a river.  It reminds me of something said by the Hellenistic philosopher Philo of Alexandria, in his treatise on the life of the Biblical figure of Joseph (De Iosepho XXII.126).  In the best mystic tradition, Philo asserts that the life of man is nothing but a dream:

For as in the visions which appear to us in sleep, which seeing we do not see, and hearing we do not hear, and tasting and touching we do not either taste or touch, and speaking we do not speak, and walking we do not walk, and while appearing to exert other motions or to win other positions we are not in reality in any such motions or positions.  But they are mere empty fancies without any truth in them of the mind which fancies to itself a sketch…They have come, they have departed; they have appeared, they have disappeared; before they could be scarcely comprehended they have flown away.  [Trans. by C.D. Yonge]

No one knows the truth of this more than an old man, Philo goes on to say.  For an old man’s life once contained a multiplicity of lives:  he was at one time an infant, then a youth, then a young man, then an adult, and then finally an old man.  It is much like the flow of a river.  Is it not true that each one of these phases of life “died” upon the approach of a new phase?  The infant gives way to the youth, the youth gives way to the young man, and so on.  Each phase dies away, and is replaced by another, as the flow of life proceeds, with the same inexorable predictability as a rushing river.  And if it is true that the phases of life are dreams, then it must be true that the attributes of the body are also dreams:

Is not beauty an ephemeral thing, wasting away almost before it comes to its prime?  And it not health an unsure thing by reason of the wickednesses which lie in wait to upset it?  Again, is not strength a thing easily destroyed by diseases arising from innumerable causes?  And is the accuracy of all our outward senses easily overturned by the entrance any vicious humor?  As to external things, who is there who is ignorant of the uncertainty of them?  In one day vast riches have often come absolutely to nothing.  Numbers of persons who have been of the highest consideration, and who have enjoyed the highest honors that the earth affords, have come into disrepute from causes which they neglected or despised.  The most mighty powers and authority of kings have been overthrown, and have disappeared in a very brief moment of time. [XXIII.130]

This is why, then, Lancini’s statement about life being like the flow of water that empties into the ocean of eternity, is a true and correct one.  As Heracleitus said, we cannot step into these same waters twice; every entrance into the gushing flow is met by different waters, and by different legs.  It is a strange thing to listen to the talk of someone who is afraid of death.  One wants to say to such a man:  “What?  Are you afraid of death?  Don’t you know that you have already died and been reborn many times already?  You died as your infancy gave way to your boyhood; then your boyhood died to make way for your young adulthood; then your young adulthood died to make way for your adulthood.  Just as the river flows, you have been in a constant state of flux since the moment you were born.”

And yet, such men do not see things this way.  They dwell only on the material things, the things of this world that confine and chain their souls; they fail to understand that the only thing truly permanent is the life of the soul, and that this is immortal.  As Cicero says (Tusc. Disp. I.31):

For what else are we doing, then, when we separate the soul from physical pleasure, that is, from the body?  Or when we separate it from our personal possessions, which are the body’s servants and attendants?  Or when we separate it from public life, or any other kind of work?  What are we doing, I want to know, except calling the soul before itself, forcing it to be with itself, and guiding it away from the body?  Is the separation of the soul from the body anything other than learning how to come to terms with death?  So believe me:  let us make ourselves ready for this.  Let us unlink ourselves from our bodies—that is, let us become accustomed to the inevitability of our own deaths.  [disiungamusque nos a corporibus, id est, consuescamus mori.]

As is often the case, Cicero favors the Platonic conception of the soul, in that he believed in its immortality.  The Epicureans denied this, saying that the soul died with the body.  Their argument ran something like this:  if something can sense pain, it must be vulnerable to sickness.  If something is vulnerable to sickness, then it must be mortal.  And since souls can sense pain, they therefore must be mortal.  The Stoics took something of a middle ground, if we can say this; they thought that the soul could persist for a long time outside the body after death, but that it would eventually die.  Men of our era find it difficult to accept such observations.  They are tied—or have tied themselves—to the material, and rarely apprehend what lies behind the materialist surface of things. 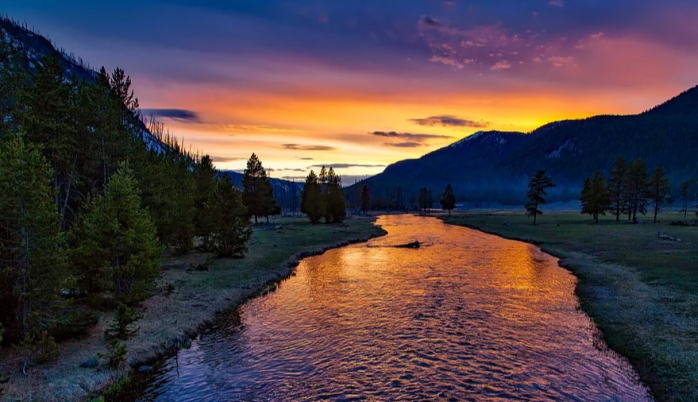 Yet men of previous eras lived in greater proximity to the realities of life.  I was reading recently about the wreck of the British ship-of-the-line Centaur, which took place in late September 1782, as she was sailing from Jamaica to England.  The Centaur, commanded by one Captain Inglefield, and four other vessels encountered a hurricane in the Atlantic about two hundred and sixty leagues from Fayal, an Azorean island.  Inglefield and his men spent weeks in open boats, slowly dying of hunger and thirst, patiently trying to reach land.  They had a few bits of bread, some water, and nothing else.  The captain later described the scene:

Our sufferings were now as great as human strength could bear; but we were convinced that good spirits were a better support than great bodily strength; for on this day Thomas Matthews, quartermaster, the stoutest man in the boat, perished from hunger and cold.  On the day before, he had complained of want of strength in his throat, as he expressed it, to swallow his morsel; and in the night drank salt water, grew delirious, and died without a groan.  As it became next to a certainty that we should all perish in the same manner in a day or two, it was somewhat comfortable to reflect, that dying of hunger was not so dreadful as our imagination had represented.  Others had complained of the symptoms in their throats; some had drunk their own urine; and all but myself had drunk salt water.

After seventeen days of suffering, the men landed at Fayal, and were able to make their way to the office of the British consul.  An inquest that took place at Portsmouth in January 1783 exonerated Inglefield of any culpability for the loss of his ship; such things were an expected part of maritime life.  Men of previous eras were made of hardier stock; they accepted danger and the possibility of death as part of the natural order of things.  They were not perturbed by the dangers that now send us into cyclones of hysteria.

But to return to our subject.  If, as we noted earlier, a river represents the flow of life into the wider ocean of eternity, why then, as Lancini states, were memorials to heroes raised in preference along the banks of rivers?  The reason could only be that their memorials would there serve two functions:  that of sentinels, and that of symbols.  We say sentinels in this sense:  the hero stands in watch over the River of Life, ensuring the smooth and uninterrupted flow of its waters (“unvexed to the sea,” as Lincoln once said of the Mississippi) to the ocean of eternity.  And we say symbols in this sense:  monuments to heroes garnish and dignify the River of Life.  Their presence reminds us of the importance of virtue in this life, and of the constant need to attend to its cultivation.

This is why monuments to heroes find suitable placement along the banks of rivers.  For it is here that their spirits can stand at watchful attention to the mortals that float by on the rolling currents before them; and it is here that the monuments to their memory can remind us of the importance of the heroic virtues they embodied.  In a sense, they have never died, and never truly will die, since their souls will always persist.  Know, brother, that you should never fear death, since you have already died and been reborn many times in your life already, as you moved from infancy to youth to adulthood and finally to old age.  This transition is already known to you; this ground has been trod by you once before.  And anyone fearing the end of this mortal life should remind himself of this:  the liberation of my soul is now nearly complete.

Read more in the comprehensive collection of essays, Digest:

2 thoughts on “Sentinels Of The River Of Life”

He's got it right!