Skip to content
HomeConscience As The Theater Of Virtue: The Justice Of Saladin

I very much like the following maxim of Cicero’s:

Nevertheless, no theater for virtue is greater than one’s conscience. [1]

What he meant by this was that one’s own conscience should guide the performance of good works.  He was expressing his disapproval of those who did things for the purpose of gaining public favor, instead of following that inner voice which represents man’s instinctive sense of justice.  What should be paramount in one’s mind are not specious public displays, or a craving for shameless notoriety; what should be controlling are the dictates of one’s own conscience.

An illustration of this principle is found in an anecdote about the great medieval commander Saladin, the founder of the Ayyubid dynasty.  This story comes from the biographical work on Saladin (النوادر السلطانية والمحاسن اليوسفية, or, without the sonorous rhyming title, The History of Saladin) written by the jurist and scholar Ibn Shaddad, who served as one of Saladin’s judges and interacted with the sultan personally during his tenure.  Ibn Shaddad relates this anecdote about how Saladin, at appropriate times, followed his conscience in matters of clemency.

The judge Ibn Shaddad was present one day at the court of justice in Jerusalem when he was approached by “a handsome old man, a well-known merchant named Omar Al-Khilati.”  This merchant produced a document, and asked the judge to read it.  Ibn Shaddad began to make inquiries of him; the merchant said that he was involved in a lawsuit as a plaintiff, and that the defendant was none other than Saladin himself!  The merchant, however, was confident that he would receive justice.  “This is the seat of the Holy Law and we have heard that you do not show favor [to the powerful].”  The old man explained that he once had a mamluk [i.e., slave] named Sunqur Al-Khilati, who had remained his property until he died; this servant also had a great deal of money, which the merchant now believed was his by law.  Saladin’s men, the old man claimed, had seized the money when the slave died, and he wished to recover it.

Ibn Shaddad was surprised by the old man’s story, and said to him, “Sir, why have you not raised this matter before now?  What took you so long?”  His response was, “Rights are not invalidated by delay.  The documents I have will prove that my claim is correct.”  Ibn Shaddad again reviewed the document, and found that it contained various details about where and when Sunqur Al-Khilati had been purchased.  The affidavit was properly drafted and attested to by several signatories.  The judge told him, “In order for me to give this case a proper hearing, I must have both parties present.”  The old man left, and Ibn Shaddad brought the matter to Saladin himself.

The judge made his way to the sultan and informed him about the lawsuit.  Saladin was skeptical, saying that old merchant’s claims were unlikely.  Ibn Shaddad, however, said that he had looked over the documents, and that they appeared to be in order, with the proper seals and stamps having been issued from the qadi (judge) of Damascus.  “So be it,” said Saladin finally.  “Let us set a hearing date, and we will dispose of the matter as the law requires.”  The sultan asked Ibn Shaddad to appoint a proxy for him who could appear in court and provide the appropriate testimony; he wanted all the witnesses to be there, including the old merchant himself.

However, when the time came, Saladin himself decided to appear in court.  As Ibn Shaddad writes, “[Saladin] summoned the man and bade him approach so that he took his seat before the sultan, and I was at his side.  Then the sultan left his throne to be on equal footing with the other.  He said, ‘If you have a claim, speak out.’”  The old man recited his claim before the court.  When he was finished, Saladin spoke.  “It is true that this Sunqur was my mamluk.  But I eventually freed him.  He died some time later, and bequeathed his property to his heirs.”  Yet the old man was insistent, claiming that his documents proved he was entitled to some of Sunqur’s money.  These documents were read in court by the judge.

Saladin was not impressed.  He said he could produce witnesses saying that he had bought Sunqur in Egypt along with eight other servants, and that Sunqur had been in his possession until Saladin had manumitted him.  Saladin then summoned various military officials who had been with him in Egypt; they corroborated the sultan’s testimony.  It appeared that the old merchant’s claims had no leg to stand on.  Ibn Shaddad, being an experienced judge, could read between the lines and understood where the case was headed.  During a recess, he said to Saladin, “My lord, it seems clear that this man has made his claims only to seek the sultan’s clemency.  He has appeared before you, sire, and it is not good that he should go away disappointed.”

Saladin agreed with Ibn Shaddad.  Although he merchant had apparently lodged a false claim—either knowingly or unknowingly—the sultan decided to overlook this.  He likely sensed that the man was sincere, despite being deluded.  Perhaps there was more to the story than has come down to us; we may speculate that the merchant and the deceased slave may have been of the same family, as both shared the name Al-Khilati.  We do not know with certainty.  We do know, however, how Saladin resolved the situation.  He ordered a sum of money and a robe of honor to be given to the merchant, who was deeply gratified.  As Ibn Shaddad writes,

Consider the wonderful and extraordinary themes to be found in the context of this affair, his [Saladin’s] humility, his compliance with the truth, his self-effacement and his generosity instead of punishing when he had a perfect right to do so (may God show him abundant mercy). [2]

So did Saladin exercise his forbearance and clemency.  The merchant must have had some grievance; and Saladin, wise in the psychology of men, as are all great leaders, knew how to provide redress for this grievance.  It seems to me that grievances and resentments have their origin in three sources:  (1) a lack of a fair hearing; (2) a lack of benevolence from others; and (3) a lack of acceptance from the other party.  He who is able to understand these origins will be able to provide relief for the grievances that result from them.  So great was the sultan’s generosity that, when he died, he was found to own very few personal effects:  he had given most of them away to those in need. 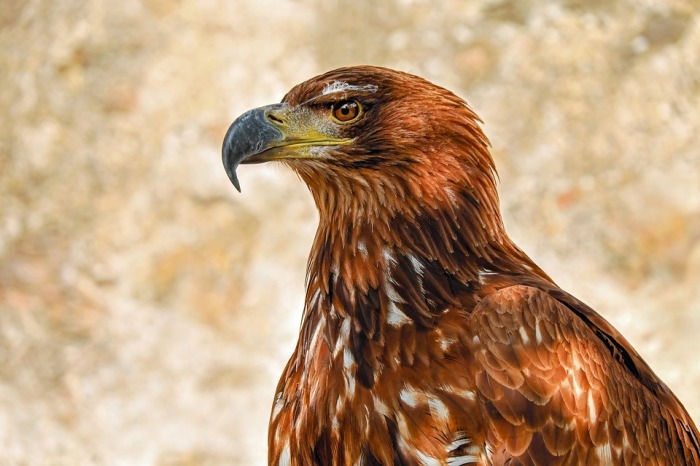 In other contexts, however, Saladin was not so forgiving.  What especially angered him was treachery.  After the Battle of Hattin in 1188, two prisoners were brought before the sultan:  one of these was Prince Reynald of Chatillon, who had once been the prince of Antioch.  Reynald, whom Ibn Shaddad describes as “a monstrous infidel and terrible oppressor,” had ambushed a Muslim caravan traveling from Egypt at a time when a truce had been in place between the Crusaders and Saladin’s forces.  Reynald not only robbed the caravan, but he captured and abused its members, inflicting cruel humiliations and tortures on them; when they tried to invoke the truce, Reynald simply mocked them.

When word of this came to Saladin, he vowed that he would kill Reynald with his own hand.  And now that Reynald was standing before him, he had a chance to do so.  When the captive complained of thirst, Saladin had a glass of sherbet brought in; he gave it to his dragoman (i.e., interpreter), and told him, “Give the captive this drink.  You must be the one to do it.  I cannot give him any food or drink.”  What Saladin meant by this was that his code of honor prevented him from harming someone on whom he had granted courtesies.  This was his code of chivalry, and he took it seriously.  And, when Reynald had finished his drink, Saladin personally decapitated him.

Read more in Digest, a complete collection of essays: