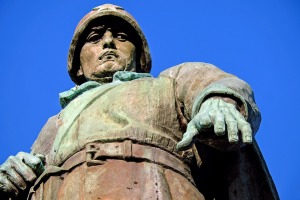 In 1982 a former Soviet officer using the pen name Viktor Suvorov published a book entitled Inside the Soviet Army.  The book discussed the doctrines, tactics, and organization of the Soviet Army.  Reading it today feels like opening a time capsule; we even begin to feel in its pages a trace of nostalgia for the old empire.  The author includes a section on the lot of the common soldier, describing in detail how he was called up, what he had to do, and what his training was like.  These details we will summarize here.