Skip to content
HomeThe Recruit In The Soviet Army

In 1982 a former Soviet officer using the pen name Viktor Suvorov published a book entitled Inside the Soviet Army.  The book discussed the doctrines, tactics, and organization of the Soviet Army.  Reading it today feels like opening a time capsule; we even begin to feel in its pages a trace of nostalgia for the old empire.  The author includes a section on the lot of the common soldier, describing in detail how he was called up, what he had to do, and what his training was like.  These details we will summarize here.

In the 1970s and 1980s, all Soviet men between the ages of 17 and 50 were subject to military conscription.  Women were nominally exempt, but they too could be called up if they possessed special skills needed by the state.  All of these candidates were kept on a master register, and could be ordered to report for duty if mobilization occurred.  When a man reached the age of 18, he was required to do two years of military service on active duty; for those selected for the navy, the active service requirement was three years.  The entire system was a vast bureaucracy, with huge volumes of men moving in and out of the armed forces every month of the year.

There were no volunteers–or very, very few, at any rate–in the Soviet Army.  The system was too rigid, too inflexible, and too regimented to contemplate the wants or needs of the individual.  Suvorov tells us that the typical 18-year-old who was called up for duty did three things before reporting:  (1) he would get his friends together and beat up his enemies, or help them beat up their enemies; (2) tell his girlfriend that she had better write to him regularly, or he would beat her senseless; and (3) get roaring drunk the night before showing up at his recruit depot.  When teenage recruits showed up at recruit depots, they were usually severely hung over and dressed in rags.  Good clothing or personal possessions would be immediately requisitioned by older soldiers.

Recruits were separated into categories based on health and national origin.  They had no say whatsoever in what branch of the military they would join; personal desires or requests counted for nothing, even less than nothing.  One cardinal rule in forming units was to mix each unit so that it did not contain a majority of one nationality.  Latvians, Ukrainians, Russians, etc., were not allowed to form a majority in any one unit; the obvious purpose for this precaution was to ensure that any possible civil disturbance could be suppressed with a minimum of fuss about offending the local population.

Corporal punishment was routine and expected; from the first moments, a recruit understood the consequence of disobedience was the weight of a sergeant’s fist.  The recruits would have their heads shaven, their filthy rags burned, and were then issued uniforms that usually did not fit well.  Most of these new bodies had already been assessed in one way or another, based on political reliability, possible criminal record, family history, physical and mental development, and other factors.  Based on the results of these screenings, he was assigned a category number.  Category 1 soldiers, for example, were sent to divisional rocket or reconnaissance battalions; category 2 men were sent to artillery regiments, anti-aircraft regiments, or other units that demanded technical proficiency.  “But nothing can be done about that,” says Suvorov, “[for] the army is enormous and bright soldiers are in demand everywhere.  Everyone is after the strong, brave, healthy ones.  Not everyone can be lucky.” 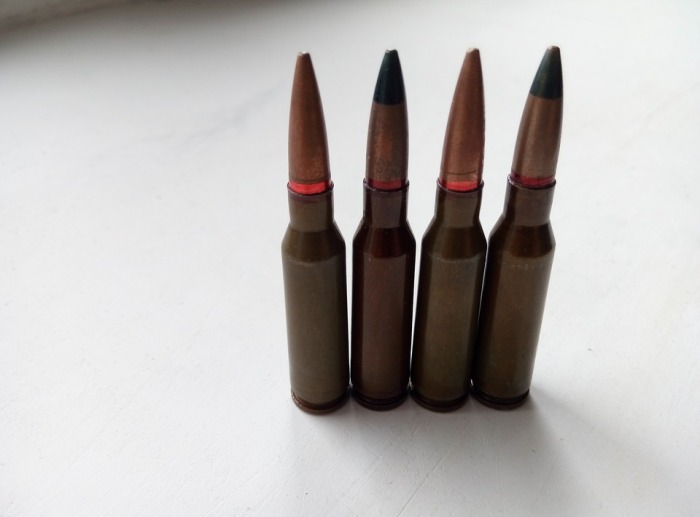 Soviet Army recruits were subject to rigorous physical hazing and discipline.  Besides all the usual harassments expected of military life, recruits could expect to be slotted into a sharply defined caste system.  Physical punishment, sleep deprivation, and endless hours of “busy work” were heaped on his narrow shoulders, with the expectation that the new recruit would learn the value of unquestioning obedience.  Soldiers were housed in huge barracks rooms designed to hold five hundred men.  The sergeants in charge would quickly make sure the new arrivals understood that there were four classes of men:  those who would be leaving the army in 6 months, those who will leave after a year, those who will leave after a year and a half, and everyone else who had more than 18 months to serve.  This latter class, the bottom, were called “scum.”  The new recruits had to do menial chores for the soldiers in the upper classes; it was just the way things were.  But at least it was temporary.  The “scum” could take refuge in the knowledge that in some months’ time, they themselves would be able to dictate terms to a new batch of recruits.

For the Soviet soldier, every minute of every day was rationed.  He quickly learned that each day contained 1,441 minutes.  His day would be divided into segments of so many minutes each.  Nothing was left to chance; and no room was permitted for one’s personal wishes.  In theory, he was allowed 480 minutes of sleep; but the scum, of course, got much less than this in practice.  Reveille was normally at 0600 hours, but this could naturally be moved forward as required.  Even food was rationed.  In theory, a soldier was allowed 20 grams of butter per day; but since 10 of these were used in cooking, he only saw 10 grams in front of him every day.  Breakfast was spartan:  he received two slices of black bread, one of white bread, a bowl of kasha (buckwheat), and a mug of tea with a lump of sugar.  Butter and sugar were used as a form of alternative currency for soldiers; everyone’s goal was to hoard it.  Suvorov tells one story of how a group of soldiers tried to make their butter last as long as possible by spreading it thinly on every slice they got.  They were only able to distinguish the buttered slices from the unbuttered ones by holding them up to the light, and seeing which surfaces looked shiny. 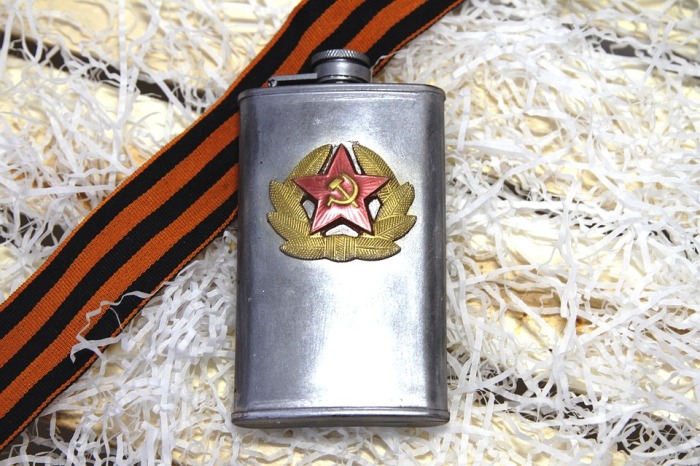 A typical day of drill consisted of the following subjects:  political training, tactics, weapons training, drill, technical training, and physical defense.  The amount of time devoted to each of these subjects varied greatly depending on which branch of the service a soldier was in.  In words that soldiers the world over will instantly relate to, Suvorov says:

Exceptional physical strain is put upon Soviet soldiers.  During his first days in the army a young recruit loses weight; then, despite the revolting food, he begins to put it on, not as fat, but as muscle.  He starts to walk differently, with his shoulders back, a mischievous twinkle appears in his eye and he begins to acquire self-confidence.  After six months, he begins to develop considerable aggression, and to dominate the scum.  In his battles with the latter, he wins not only because of tradition, or the support of his seniors, his NCOs and officers–he is also physically stronger than they are…Within a year he has become a real fighting man.

To some Westerners, with their refined, delicate sensibilities, all of this may seem brutal and dehumanizing.  But they would be very wrong.  Men are not transformed into fighters by benedictions or debates; they must be forged in fire and tempered with hammer and anvil.  This is the way it always has been, and the way it must be.  Suvorov notes that in the Soviet Army of the 1970s and 1980s, most foot soldiers did not know how to read or interpret a map.  The reason for this was quite simple:  it was not necessary.  The function of the individual infantryman was to keep himself and his weapon in good working order, and be ready to attack in the direction he was told to attack.  There was no need for him to obsess about map-reading.  There were plenty of NCOs and officers who could do this when needed.

Suvorov brings his worldly wisdom to bear when he reminds us:

Those who build the Great Pyramids were probably not particularly well-educated and often they probably did not even understand each other, since slaves had been driven from distant areas to build the huge structures.  But the pyramids turned out none the worse for that.  The slaves were not expected to carry out intricate calculations or to make precise measurements.  All that was required from them was obedience and diligence, submission to the lash and willingness to sacrifice themselves in order that some unknown but desirable aim should be achieved.  Soviet generals adopt a similar position–surely it is not necessary to involve every slave in plans of enormous complexity.

Perhaps this is no longer the way things are done in the world’s militaries in 2018.  A premium is now placed on individual initiative and decentralized planning and execution.  And yet it may be that we often neglect the lessons that can be learned from older systems.  Have we erred too far in promoting choice and personal judgment, to the detriment of iron discipline and brute toughness?  Time will tell.  There are times when obedience, brute force, and tenacity are far more valuable than the dashing individualism we so much love to celebrate.  We in the West seem to be constitutionally incapable of understanding that our current levels of comfort and opulence are but a temporary condition, which, in the right circumstances, may be replaced by conditions of the most raw and elemental type.  When this happens, there will be little patience for the individualist ethic.

Take a look at the new audio book of my translation of Cornelius Nepos’s Lives of the Great Commanders: