Skip to content
HomeAdding Much-Needed Variety To Your Fitness Routine 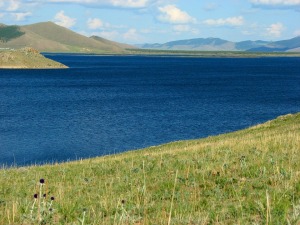 Everyone knows that physical fitness is crucial.  It is the bedrock that supports the other activities of the body and the mind.  But it’s often necessary to change things up a little.  It’s too easy to slip into a rut, to fall into a trap of feeling that we’re well-rounded, when we may not be.

And that’s something I see a lot of.

I see a lot of guys focusing too much on one thing, to the detriment of the big picture.  I’m seeing too much focus on weightlifting, and not enough focus on all-around fitness.

Don’t get me wrong.  I love weightlifting and firmly believe that it should be one of your foundations.  But other things matter, too.  And it’s easy to slip into the self-delusion that you’re in shape just because your biceps or pecs look good with a tight t-shirt on.  Some of these guys are laughable.

It’s easy to get caught up in the cult of food supplements, pills, enhancers, and all that.  Posing for the camera is not fitness.

So I wanted to talk about some things that might be good to add to your routine.  Or, if you think you need to take a break from the normal routine, you can use some of these things to spice up the mix. 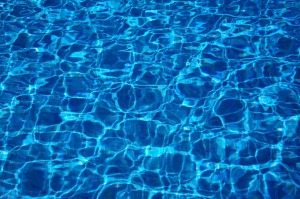 Your swimming skills probably are not very good.  Most people’s are not.  Many guys didn’t grow up near the water or in a culture of swimming, and genuinely feel afraid of it.  I understand that.

But being able to handle yourself in the water is a crucial skill.  You should be able to comfortably swim in a variety of strokes:

Not only this, but you should be able to swim underwater for a decent distance.  Practice holding your breath.  It’s important.

Swimming is important because it’s a survival skill.  No one gives a shit about your modafinil, your supplements, and all your other bullshit distractions in a survival situation.  That stuff won’t prepare you.  It’s the illusion of fitness, rather than real fitness.

You need to know how to swim.  You should be able to go continuously in the water, swimming, for at least 45 minutes.

You should know how to take off your clothes in the water, and turn your trousers into a flotation device.

You should know how to hold your breath and swim underwater for long distances.

If you can’t do these things, it would be a good idea to take a few swimming courses at a suitable place near you.

Most people can’t navigate for shit.  They get lost easily.  They get disoriented easily.  And then they panic.  You don’t want to be that guy.  How to solve this problem?  Orienteering.

Orienteering is a sport that involves finding a number of points on a map, usually in competition with other people, for time.  It’s not very well-known here in America, but it is especially popular in Scandinavia.  Maybe that heroic climate breeds guys who can think in a crisis.

Orienteering teaches you how to think on your feet.  It trains you how to interpret the landscape, how to read a map, how to figure out where you’re going, and how to master spatial relationships.

All in all, it is fantastic training.  At the same time, you’re also focusing on your endurance.

It also teaches self-reliance, decision-making skills, leadership, and even appreciation of nature.  You might want to look into this sport.

I’ve been thinking a lot about this lately.  In olden days, a man would have learned at an early age how to take control of some animal.  A plowman would know how to handle an ox or mule.  A soldier would know how to ride a horse.

Alexander the Great, before he could master the world, had to learn how to master his horse, Bucephalus.

A man needs to be able to handle himself with an animal.

We don’t have much of that culture left.  But here are some ways we see it in the modern world.

These are some of the most courageous and daring men out there today.  I don’t think that these guys get the credit they deserve.  Handling bulls is a very ancient sport.  It goes back to the ancient Cretans of Minoan days.

Until modern times, bullfighting in the Spanish-speaking world was also very popular.  The cult of the bull is of distinguished lineage.  We even find it in the worship of Mithras in the later Roman Empire.

Now this is the sport of kings.  For most people, it may not be practical, but it does seem to be growing in popularity.  Clubs are springing up in all fifty American states, and from what I’ve seen, it’s not as expensive as you might think.

What is falconry?  It is using birds of prey (hawks, eagles, owls, etc.) for hunting.  But the beauty of the sport lies in the training of the animal, the relationship between bird and owner, and the fitness benefits of walking for long distances in the outdoors.

Your reflexes will also be acutely honed.

The vast majority of dog owners don’t have a clue how to train their dogs.  But this skill is critical.  Dogs need to know they are subservient to a master.  In today’s politically correct world, even saying that makes some wusses uncomfortable.

Men can practice their leadership and skills at command by learning how to discipline their pets.

Obviously, this skill is not going to be available for many.  But from the experience I’ve had with it, I am convinced that it does teach a man some deep lessons about command, control, and how to exert psychological mastery over another living thing.

In the society we live in today, we just don’t come into contact enough with animals.  We’ve lost some critical skills that used to be known by every man.  The examples I’ve given above prove my point:  learning how to handle animals is vital.  It doesn’t matter whether you use a dog, a hawk, a bull, or a damned alligator.

The principle is still the same.

While strength is important, so is endurance.  I see too much emphasis on the glitz and glamour of strength, but not on the more hidden, but perhaps more critical, benefits of endurance.  As I said above, no one gives a shit about your modafinil, your supplements, your pills, and all your other bullshit distractions in a survival situation.

The reality is that most of these muscle-bound guys couldn’t run one mile without collapsing.  Most of them are a joke.

I like the old USMC physical fitness test as  good measure of the balance between strength and endurance.  It consisted of three events:  pullups, situps, and a three-mile run.

To max this event, you had to do 20 pullups.  How to improve in this area?  Do multiple sets of dead-hang pullups with added weight.  You can use a weight belt, a vest, or even hold weights between your knees or ankles.

Once your body gets used to doing pullups with added weight, it will become easier to do them with no added weight.

Another technique you can learn to master is using a “kip” when you do the pullups.  A kip is a rapid twisting of the body as you raise yourself up.  The idea is go get some momentum on the upswing.

To max this event, you had to do 80 situps in 2 minutes.  Improvement comes quickly in this area.  All that is needed is to practice doing situps in multiple sets.  Make sure your feet are firmly secured.

This was by far the most strenuous part of the test.  To max this event, you had to do 3 miles in 18 minutes.  Run times would vary greatly depending on altitude and heat conditions, believe me.

To improve in this area, you need to be integrating running into your routine.  Go for long runs of around 5 miles a couple times per week.  On at least one day, focus on speed.  A good way to do this was to use the fartlek method (this is a Swedish word which basically deals with interval training), where terrain and speed are varied periodically.  Doing wind-sprints is also a good way to build up speed.  For me, I found out that blending distance training with interval and speed training produced the best results.

These tips are my suggestions for adding much-needed variety to your fitness and leadership training.  Remember, it’s all-around skills that matter.

In real life, you need to have fitness and survival skills that get you out of bad situations, and that can complement your other activities.