It can’t be done.

It’s never been tried before.

People said the fortress of Quebec was impregnable.  Until the British took it in 1759 during the Seven Years’ War.

They assaulted the city by scaling the cliffs near it, something that the French never thought possible.

People said that Singapore would never be taken by land.  Until the Japanese Imperial Army took it in a brilliant campaign in 1942.

People said that a modern rebel insurgency could never really be defeated militarily.

People said that the Israeli military could not be defeated by an Arab military force.

Until Hezbollah did just that in 2006 by riding out an intense attack and emerging stronger than ever.  Israel lost the propaganda war, the intelligence war, and the military war.  Anyone who says otherwise has not studied the conflict adequately.

People said that Muhammad Ali would never be able to take the heavyweight title away from George Foreman.  Until he did just that in one of the most memorable moments in modern sports history in Zaire in 1974.  And I’m sure you can think of many, many other examples from all fields of human endeavor:  literature, sports, biography, history, and many others.

Why Do People Declare Something Impossible?

So-called “experts” like to preach to us about what they consider to be possible and not possible.  And then when you look at the resume and background of such an “expert,” you realize he’s never really done anything in his life.

Why do people make such pronouncements ex cathedra, only to have them proven wrong over and over again?

Well, they do it for many reasons, actually.

The main reason is that most people do not think big.  They do not think creatively.  When they look at a situation, they see only obstacles, and not possibilities. 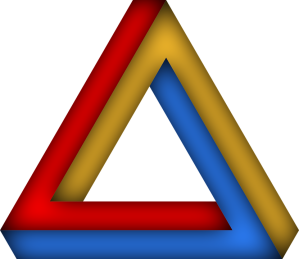 They are unable to grasp the realms of the “what if.”  They themselves, being timid and fearful souls, project this timidity and fear out on the world, and assume that everyone else is like them.

The second reason they make such statements is that they don’t want to do the work to try to get things done.

It’s much easier, as they see it, to sit back and make no effort.  Reaching for the clouds takes guts.  It takes sustained effort.  It takes intense mental, physical, and emotional energy.  Reaching for the clouds forces you to look in the mirror, and to ask yourself if you have what it takes to go the distance.  And the reality is that the average person is not willing to put in that sort of effort.  Which is fine.  As long as you want to remain an average sort of person.

I can’t tell you how many great books in history were rejected over and over and over again by publishers, before finally finding one that was willing to take a chance.  There are tons of them, believe me.  When Sylvester Stallone wrote the script for the movie Rocky, he was living hand-to-mouth.  Everyone told him he was crazy for writing it.  Everyone told him it was a waste of time.  That he’d never find a studio to take such a hackneyed plot.  But he persisted.

And then they told him that he would not be able to star in the film.  That it had to be an “established” Hollywood actor.  He was rejected over and over and over again.

But he persisted.  And he won.

And in my own life, I’ve often been told that something I wanted to do was “impossible.”  And then I’ve gone on to do just that.

Or passing certain language  tests with no formal training.

Or starting a successful business.

But it isn’t enough just to have bold, audacious ideas.  You have to follow up those concepts with rigorous, solid analysis.  Otherwise, you are just a dreamer, and an idler.

And the field of dreams is littered with the corpses of the fallen.  You need more than just fantasies.

And then you have to implement your plan.  As I said, having a big dream is not enough.  You need to have sound strategy and tactics.  The Sri Lankan government could dream all it wanted about crushing the Tamil Tigers, but without a solid grand strategy, the dreams would remain pipe dreams.

So what did they do?

They cut off the rebels’ funding.

They isolated them diplomatically on the world stage.

They got ruthless:  they hunted down and liquidated the rebel command structure.

They isolated the population that might support them, and won them over with a mixture of incentives and punishments.

You Need A Plan

So you need a plan.  That’s the big thing.  Bide your time, make your plan, and wait for your moment.  What else?  What else do you need besides a plan?

You need the ability to shift gears and change course while you’re in the middle of a plan.

Because let me tell you something.  No plan ever survives intact the beginning of operations.  You need a plan of course, but it’s going to have to be tweaked and modified as you move forward.

How Do I Know When To Adjust Course?

The question often arises:  how will I know when to adjust course in the middle of my plan?  The answer is easy:  you’ll know when you bloody well know.

You’ll know when what you are doing is not working.

When things are not working, figure out why, and correct it.  It’s that simple.  Do not let considerations of pride, feelings, or frustration get in the way.

Operations are fluid.  Conflict is fluid.  You can’t predict the course or flow of conflict, any more than you can predict precisely the movement of a twig floating in a stream.  We know its general course.  But not its precise course.

Tuning Out The Noise

You need something else, too.

If the Algerian or Sri Lankan governments had worried every week what some cowardly human-rights organization thought about them, they would never have had the ruthlessness needed to win their wars.

Wars are brutal.  Wars take brutality to win them.  The best way to end the brutality of war is by winning the war as quickly as possible.

In conflict, and in life, you need to do what is necessary to win.  Despite all the whining, screaming, and shouting from other people.

Other people don’t walk in your shoes.

Other people are not in the arena.

Other people do not have your best interests at heart.

Other people are knob-nibblers, chickenshits, and cowards.

So remember that.  And when it is time to strike, strike.  Do not hesitate.  Pull the trigger.  Fire for effect.

But here is something else to consider.

There is a flip side to the idea that “All Things Are Possible.”

It’s this:  you can’t take anything for granted.  If you’re on top, you can’t get complacent.  You can’t rest on your laurels.

If anything can happen, there is a chance that the unexpected will happen.  You will never really reach a point in life where you can just sit down on your haunches and watch the world go by.

Who cannot know the great power that Fortune wields in granting the things we desire on the one hand, and in sending adversities our way on the other?  We enjoy Her when She sends us a propitious gust of wind, and we are carried to our desired landing.  But when She blows again, we are destroyed.

There is always one more thing left to do.

There will always be one more challenge left to overcome.

But I think you’re up to it.

Read more about becoming a great man in my book On Duties.