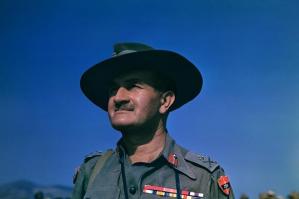 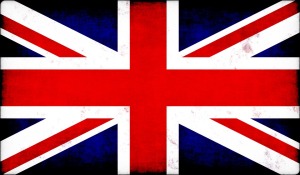 At the conclusion of his memoirs, General William Slim, the British commander in the Second World War’s Burmese and India theaters, had some pungent observations on the conduct of the war and its ultimate outcome.  Originally defeated in the field, he came back to hammer the Japanese decisively in some of the most remarkable ground combat of the entire Pacific War.

While the Americans received the lion’s share of the credit for the Pacific War victory, it is still important to remember that Slim was operating under far more serious handicaps, and arduous conditions, than nearly anyone else.  Once the Americans had broken the back of the Japanese Navy, they did not have problems supplying their forces in theater.  The British had no such luxury.

Slim had very little support from outside; he had to command a multi-national force that required a special kind of tact; and he actually had to fight the Japanese forces in set-piece infantry battles involving tens of thousands of men.  He fought actual military engagements of fire and maneuver; he did not simply grind away at entrenched fortifications on volcanic Pacific islands.  This is not to disparage the work of the Americans, but it is important to remember that Slim’s war was one of a very different character than what his allies were facing.

I will quote from his text here.  These remarks show a sharp wit, even a mischievous sense of humor, backed up by a dogged tenacity that remains a model for us all.

On The Japanese Surrender

I had already…issued instructions to all my commanders as to how the Japanese surrender was to be conducted in our area.  In these I had laid down that all senior Japanese officers were to surrender their swords to appropriate British commanders in front of parades of their own troops.  There had been some protests at this from our Japanese experts who averred that:

i.  The Japanese officer’s honor was so bound up with his samurai sword that, rather than surrender it, he would go on fighting.

ii.  Alternatively, as the lawyers say, if he did surrender it before his men, he would never again be able to exercise command over them.

iii.  He would in fact, rather than be so publicly shamed, commit suicide.

My answers to these forebodings had been:

i.  If the Japanese liked to go on fighting, I was ready for them.

ii.  If the officers lost their soldiers’ respect, I could not care less, as I intended to separate them from their men in any case.

iii.  If the officers committed suicide I had already prepared for this by broadcasting that any Japanese officer wishing to commit suicide would be given every facility.

I was convinced that an effective way really to impress on the Japanese that they had been beaten in the field was to insist that this ceremonial surrender of swords.  No Japanese soldier, who had seen his general march up and hand over his sword, would ever doubt that the Invincible Army was invincible no longer…

With this in mind, I was dismayed to be told that General MacArthur in his overall instruction for the surrender had decided that the “archaic” ceremony of the surrender of swords was not to be enforced.  I am afraid that I disregarded his wishes.  In South-East Asia all Japanese officers surrendered their swords to British officers of similar or higher rank….

General Kimura’s is now on my mantlepiece, where I always intended that one day it should be.

On The Strengths And Weaknesses Of The Japanese Army

This was the first time since the Crusades, with the possible exception of some of our Indian wars of the eighteenth and early nineteenth centuries, that the British had fought an Asian or African enemy, whose armament and military organization had comparable to our own…

The Japanese, in the earlier stages of the campaign, gained the moral ascendancy over us that they did because we never seriously challenged their seizure of the initiative.  They bought that initiative, fairly and inevitably, by paying for it with preparation.  Our lack of preparation in Burma, military, administrative, and political, made it difficult for our commanders even to bid for the initiative…

The Japanese were ruthless and bold as ants while their designs went well, but if those plans were disturbed or thrown out–ant-like again–they fell into confusion, were slow to readjust themselves, and inevitably clung too long to their original schemes…The fundamental fault of their generalship was a lack of moral, as distinct from physical, courage.

They were not prepared to admit that they had made a mistake, that their plans had misfired and needed recasting.  That would have meant personal failure in the service of the Emperor and loss of face…

Rather than confess that, they passed on to their subordinates, unchanged, the orders they themselves had received, well knowing that with the resources available the tasks demanded were impossible.  Time and again, this blind passing of responsibility ran down a chain of disaster from the Commander-in-Chief to the lowest levels of leadership.

It is true that in war determination by itself may achieve results, while flexibility, without determination in reserve, cannot, but it is only the blending of the two that brings final success.

The hardest test of generalship is to hold this balance between determination and flexibility.  In this the Japanese failed.  They scored highly by determination; they paid heavily for lack of flexibility.

The strength of the Japanese Army lay, not in its higher leadership, which, once its career of success had been checked, became confused, nor in its special aptitude for jungle warfare, but in the spirit of the individual Japanese soldier.  He fought and marched till he died.  If five hundred Japanese were ordered to hold a position, we had to kill four hundred and ninety-five before it was ours–and then the last five killed themselves.

It was this combination of obedience and ferocity that made the Japanese Army, whatever its condition, so formidable, and which would make any army formidable.  It would have made a European army invincible.

We will continue this summary of campaign lessons in a future post. 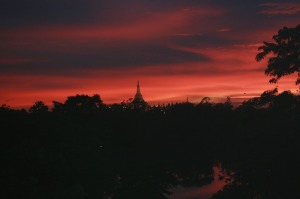