Skip to content
HomeLinnaeus And The Art Of Classification

One of the great names of eighteenth century science is the botanist Carl von Linné, more commonly known as Carl Linnaeus.  His primary importance to history lies in his innovative classification system for living organisms.  Before him, there was a chaos of competing names and terms for the swelling corpus of knowledge about plants and animals; after him, there was something approaching order.

He was born in southern Sweden in 1707, the son of a Lutheran pastor who also had an enthusiasm for cultivating trees and flowers.  This interest he passed on to his son, who occupied his young years roaming the fields and forests near his home.  These formative experiences gave him a dedicated love for plants and animals that was the defining feature of his life.  Medicine seemed a natural occupation, and he was enrolled at the University of Lund at the age of 20 as a medical student.  Further opportunities led him to the University of Uppsala; but he did not come from a wealthy family, and was constantly dogged by lack of resources.  Science offered a way out of poverty and a vehicle for fame.  By 1731 he was the tutor to the family of a local professor (a common practice at the time) who had 24 children.

Others recognized his promise and recommended his name to direct an exploratory botanical expedition to Lapland in the summer of 1732.  Rivals thwarted his ambitions in his native country, so he set out for greener pastures:  he was awarded a medical degree from the University of Harderwijk in Holland.  Soon after this he published the first of his great works, a large three-volume compendium called Systema Naturae.  He had the intensity, focus, and tenacity required for painstaking scholarship; soon after his first work he churned out Biblioteca botanica (1736) and Genera Plantarum (1737).  His reputation established, he set to work as a doctor in Stockholm.  In the days before government grants and funding for research, it was not uncommon in those days for experimental scientists to have other professions. 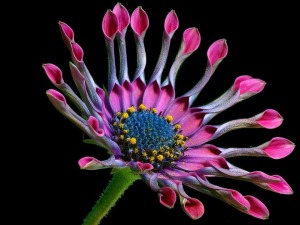 Appointed professor of natural history at the University of Uppsala, he was in a position to infect many students with his passionate love for botany.  With his Dutch connections he was able to send many young men with the Dutch East India Company on excursion all over the globe.  Additional publications followed:  Philosophia Botanica was released in 1751 and Species Plantarum in 1753.  The problem that had come to trouble Linnaeus by this point was the lack of a generally accepted classification system for plants.  The field had exploded in the previous century, as the Age of Exploration opened up new vistas in the Americas and Oceania.  Yet there was no efficient way to organize or collate all the data that was being collected.  It was possible to find competing names for the same plants and animals.

Linnaeus’s innovation was to propose a system that went from the general to the specific:  plants would be classed in descending order by class, order, genus, and species.  His system relied heavily on the reproductive “organs” or capacities of plants.  Plants reproduce in a variety of ways, and it was his idea to use this fact as an aid in classification.  The system, of course, was not perfect, but it was a massive advance compared to what existed at the time.  Critics noted that some of Linnaeus’s categories are more fluid and arbitrary than he was willing to admit; but here again, it is difficult to complain too much considering the tools he had to work with.  The final verdict has been rendered by time:  with some modifications, the Linnaean system in Latin still rules the roost today.

It is easy to overlook his importance.  We take for granted today our expanded knowledge of the natural world; but in Linnaeus’s day things were not so neat.  Coming a century before Darwin, he found it imprudent to challenged the theology of his day; he almost certainly suspected the roles of evolution and natural selection but chose not to press the issue.  We note that he classified humans and apes in the same order (as primates), which is a tacit admission of a relation.  He was also (in a general sense) aware of how hybridization occurred in plants.

But scientific ideas depend on the right moment as much as on the right theorist; we note that even Copernicus wisely decided to forego publication of his masterwork during his lifetime.  Nevertheless, the influence of Linnaeus on science and culture was profound.  He came from nothing to become a master of his field, and a spokesman for life on earth.