Skip to content
HomeIbn Qalaqis On The Importance Of Travel 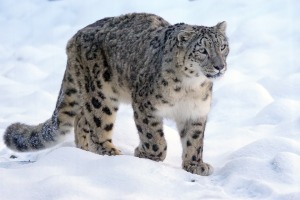 The poet Nasrallah Ibn Abdallah Al-Qalaqis (نصر اللّه بن عبد اللّه القاضي الأعزّ ابن قلاقس) was born near Alexandria, Egypt in 1137.  He was a master of language and a composer of many exquisite verses, and was also an intrepid traveler.  The name by which he is generally known (Ibn Qalaqis) is derived from the Arabic word for colocasia, a plant cultivated in his day for its medicinal qualities.  His biographer tells us (with a twinkle in his eye) that “He had so little beard that his face was quite bare and, for that reason, verses were composed against him, which I abstain from mentioning on account of their indelicacy.”  One wishes that these lampoons might have been preserved, if only to see how little insults have changed over the centuries.

Here is an example of his love poetry, as it is quoted by the biographer Ibn Khallikan.  It demonstrates the unchangeable nature of love’s frustrated affections:

What harm would it do that gazelle [maiden], were she not to leave us,

And were she to hear one wounded lover condole with another?

What harm to one whose society is a paradise, were she not to see him whom

She rejected suffering from torments like those of hell?

As long as I courted her, that slender waist, like to a pliant branch in a garden,

Enfeebled my body by the passion it inspired in me,

So that I became a mere breath, like the zephyr of that garden.

She, with the beauty-spot on her cheek, slumbers, neglectful of her sleepless lover….

Why should a gazelle [maiden] not remain with us?

I allowed her to anger me uncontrolled, for a man should be mild

When angered by his fellow-creature.

I said to her, when she passed all bounds and whilst my heart was in grievous torture:

“Excuse a heart which, through an effect of love, wanders like a poet in every valley.”

Of which the smell could not suffice me but the taste!

I tried to absorb it from her lips and said: “This is really the liquor of Paradise!”

He traveled a great deal, and seems to have been constantly on the move.  He studied in Cairo and Yemen; in 1169, he relocated to Sicily for a time.  He believed that travel was of critical importance, and memorialized its praises in his poems.  One of his sayings about travel was this:

Men are very numerous, but I am destined to keep company with only sailors and caravan-drivers.

Travel in his day was not the luxurious experience it is in our own time; but he retained a sense of humor despite its travails.  In August of 1168, he was aboard a ship that wrecked soon after leaving port, and all his possessions were lost.  He returned destitute to his patron, a local governor, and recited these lines to him:

When we departed, generosity called us back, and we returned to your residence;

Fortunately this miserable experience did not dampen his enthusiasm.  In another qasida, he said the following about the world-changing benefits of travel.  The analogies are unforgettable:

Travel, if you wish to acquire real worth;

It is by travelling that the crescent becomes a full moon.

Water, whilst it runs, acquires good qualities; when it settles, it becomes corrupt.

It is by removing from their place that precious pearls pass

From the sea to the necks of the fair.