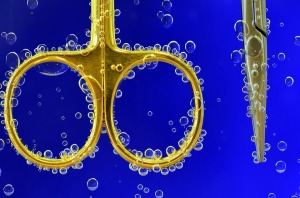 When a new leader assumes a position, it is often necessary for him to undertake significant reforms.  If he wishes to make lasting changes to the system, he should undertake to do so both quickly and boldly.  To wait too long is to risk seeing one’s foes united against you; and when embarking on a course of reform, it must be made clear that the old ways of doing things will no longer do.  Bold adjustments are often more effective than half-hearted measures.

It was this principle of leadership that the late Roman emperor Julian the Apostate deployed upon first assuming the purple.  His rule was a short one–lasting only from 361 to 363 A.D.–but during this time he was unafraid of steering the ship of state in bold new directions.  Sometimes these new directions were accepted by the people; other times they were stoutly resisted.  Julian was notable for being a passionate advocate of the old pagan religion of the ancient Greeks.  He was also a respectable philosopher in his own right; no other emperor wrote with such erudition, not even Marcus Aurelius.  Julian despised Christianity for a number of reasons (which are best left for a separate discussion) and was determined to see it phased out in favor of the old worship.

One of his first acts as emperor was to order an ambitious program of repair and reconstruction of the old Hellenic temples in the eastern Mediterranean.  One of his most ardent mouthpieces and advocates was the rhetorician Libanius, who says:

If any city had temples still standing, he was delighted at the sight and thought them deserving of the greatest kindness, but if they had demolished all or the greater part of them, he called them polluted:  he offered them a share in the benefits he dispensed, as being his subjects, but not without annoyance.  In this activity, then, in setting the world under the guidance of the gods and effecting a reconciliation, he was like a shipwright who fits out a big ship with a new rudder after she has lost her old one, but the difference was that Julian restored to us our original protectors. [Orations XVIII.129. Trans. by A.F. Norman]

Although Julian’s anti-Christian campaign ultimately proved futile (for the people no longer felt as devoted to the old gods as they did to the new religion), his restoration program preserved for posterity many monuments and temples that might otherwise have vanished from neglect or malice.  More effective was Julian’s efforts to “clean house” when it came to administrative and bureaucratic matters.  He was a man of austere tastes and very ascetic habits.  The imperial court in Constantinople at that time was filled with bureaucratic functionaries, cooks, barbers, priests, secretaries, guards, and various other parasites of all types.  Most of these people had little to do but stay on the government payroll and occupy their time with scheming and plotting.  Here again Libanius paints us a picture:

He next turned his attention to the state of the imperial court, where he found a useless horde of people maintained to no purpose.  There were a thousand cooks, as many barbers, and even more butlers.  There were swarms of waiters, eunuchs more in number than flies around the flocks in spring, and a multitude of drones of every sort and kind.  There was one refuge for such idle gluttons, to have the name and title of being one of the emperor’s household, and in very quick time a piece of gold would ensure their enrollment.  All these, maintained to no purpose by the imperial purse, he regarded not as servants but as nuisances, and so he expelled them forthwith. [XVIII.130]

This purge of the imperial court is also confirmed by Ammianus Marcellinus (XXII.4), who goes into great detail about how the parasites hovering around the halls of power in the capital sapped the vitality of civic life.  But the corruption did not end there.  Ammianus also assures us that military discipline had seriously declined before Julian became emperor.  Soldiers preferred to spent their time in effeminate plotting and scheming, instead of focusing on mastery of their trade.  Instead of sleeping on beds of stone or wood, they preferred to sleep on “beds of feathers and folding couches.”

Julian was also careful to prune away the numerous “imperial agents” (agentes in rebus) that had multiplied before he took office.  His predecessor, the emperor Constantius, was a schemer himself who apparently did not mind being surrounded by a horde of useless bureaucrats.  These secretaries and mid-level functionaries were dangerous in that they could serve as focal points for conspiracies and intrigues against the emperor; at the very least most of them had do-nothing jobs, and enjoyed fattening themselves at public expense.

But Julian was no mindless autocrat, fixated on setting himself up as an infallible ruler.  He understood the necessity of a government of checks and balances, working in harmony to advance the public good.  He took steps to restore the old senate of Constantinople, which had long since languished in authority and prestige.  In an edict that he issued in February, 362, he sought to protect senators from unfounded accusations and imperial intimidation.  Remarkable is the language of the edict; in it, Julian specifically considers himself a member of the senatorial class, rather than above it.  He genuinely believed that the healthy functioning of government required the existence of an independent legislative and advisory body.  He also encouraged the formation of local assemblies and councils in the various departments of the eastern empire.

To make bold changes, bold steps are sometimes necessary.  When the machinery of government has become so clogged with special interest groups, lobbyists, functionaries, bureaucrats, hangers-on, schemers, and useless personalities looking for opportunities for graft, then a leader will need to take muscular steps to reform the system, despite all the screaming and shouting that will naturally result.  The presence of such people does nothing but impede the rightful work of government.  Political paralysis gives way to factionalism, and the people begin to lose hope that meaningful reforms will ever come.  Modern leaders and governments in general have forgotten–if they ever knew it in the first place–that they were put there to solve problems, not to perpetuate them or the parasitic classes which they too often serve.

Read Pantheon today and gain a new perspective on the world:

One thought on “The Emperor Julian Cleans House With Bold Reforms”