Skip to content
HomeXenophon’s Dream, And The Power Of Character 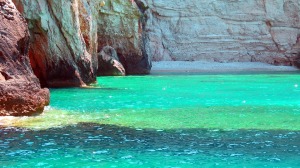 When a man is under the duress of extreme events, he sometimes finds himself wracked by indecision.  He will mull over various courses of action in his head; he will script out different scenarios in his imagination; and he will ponder his predicament from multiple perspectives.  And yet, when he has finished with these troublesome cogitations, he may find a course of action still eludes him; but at some point, a moment of inspiration will arrive to pierce the gloom, and confer on him the guidance he has desperately been seeking.  When this happens, he must unhesitatingly seize the present hour for action, and proceed with his rendezvous with Fate.

As a young man, the Greek professional soldier and philosopher Xenophon volunteered to participate in a military expedition raised by the Persian prince Cyrus the Younger around 401 B.C.  Greek mercenaries were highly valued in those days, as they came from a respected military tradition.  They were disciplined, hardy, and knew how to fight as a group.  Cyrus’s purpose was to seize the Persian throne, which he believed was rightfully his, from his brother Artaxerxes II.  Xenophon (c. 430 B.C.–c. 354 B.C.) was an idealistic, pious young man looking for an adventure and a liege lord to serve; he had been a student and follower of the philosopher Socrates, but had latent abilities as a military commander as well.  His account of the expedition to Persia, called the Anabasis, is one of the great works of ancient Greek literature.  Xenophon speaks of himself in the third-person, but always in a modest way; his honest and intense personality shine through on nearly every page.  He tells us that he did not originally plan to joint the expedition:

There was a man in the army named Xenophon, an Athenian, who was neither general nor captain nor private, but had accompanied the expedition because Proxenus, an old friend of his, had sent him at his home an invitation to go with him.  Proxenus had also promised him that, if he would go, he would make him a friend of Cyrus, whom he himself regarded, so he said, as worth more to him than was his native state.  [III.1.4; trans. by C. Brownson]

Cyrus gathered his mercenary army, called the “Ten Thousand,” and proceeded to march inland in an attempt to confront Artaxerxes.  In 401 B.C. the rival armies clashed in Babylon at the Battle of Cunaxa; and although the Ten Thousand could claim victory, their leader Cyrus was slain in the melee.  This reversal now rendered the purpose of their expedition moot, and the Greeks were faced with a terrible situation.  They were cut off, isolated, and without adequate supplies deep in hostile territory.  Artaxerxes would have preferred to have them all killed, but decided to make use of treachery.  A Persian satrap named Tissaphernes lured the Greek military leadership to what was supposed to be truce talks.  He then had his opponents killed or arrested, among them the Spartan general Clearchus:

When they reached Tissaphernes’s doors, the generals were invited in–Proxenus the Beootian, Menon the Thessalian, Agias the Arcadian, Clearchus the Laconian, and Socrates the Achaean–while the captains waited at the doors.  Not long afterward, at the same signal, those within were seized and those outside were cut down.  After this some of the barbarian horsemen rode about over the plain and killed every Greek they met, whether slave or freeman.  [II.5]

When news of this secondary disaster spread among the Ten Thousand, morale hit rock bottom.  The men were disconsolate; they were friendless, trapped in the middle of Asia, and had very little in the way of supplies.  It is difficult for us to imagine, in this era of air power and easy access to resupply, just how isolated an army in this situation could truly be.  Xenophon tells us that he, like everyone else, was unable to sleep.  He pondered his current predicament over and over again.  He did not know what the right course of action was.  He was a young man, but was possessed of a very strong character and good judgment; Socrates’s philosophical training had fortified him well for hardship.  One night, in the depths of despair, he was visited by a dream. 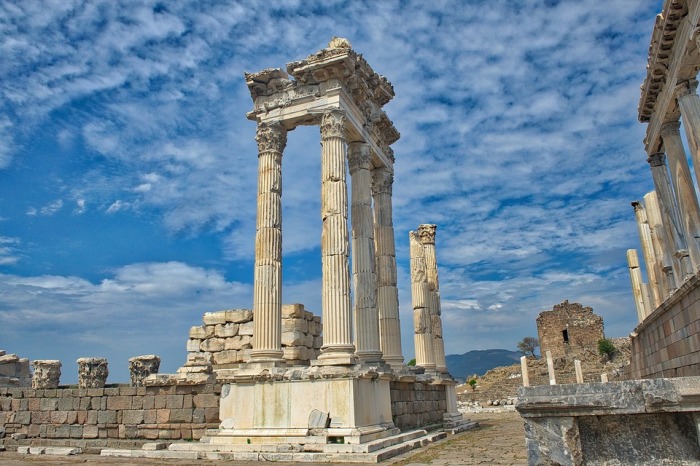 He tells us (III.1) that in his dream he saw a bolt of lightning hit his father’s house and set it on fire.  He then awoke suddenly; he believed he had been visited by some kind of sign from Zeus.  He was not sure if the dream should be interpreted positively or negatively, but he knew something significant had happened.  He describes his thoughts:

Now what it really means to have such a dream one may learn from the events which followed the dream–and they were these:  firstly, on the moment of his awakening the thought occurred to him:  “Why do I lie here?  The night is wearing on, and at daybreak it is likely the enemy will be upon us.  And if we fall into the King’s hands, what is there to prevent our living to behold all the grievous sights and to experience all the most dreadful sufferings, and then being put to death with insult?…” [III.1]

But he knew now what he must do.  Xenophon called together some of the Greek captains and gave them his opinion.  He told them that no one was making adequate preparations for their defense, and that the Persians would soon be attacking them.  We must act now, he said, and act quickly, so that we do not become victims like the captains and generals who tried to parley with Tissaphernes.  We are better men than they, he said, and the gods would be on our side:

Besides, we have bodies more capable than theirs of bearing cold and heat and toil, and we likewise, by the blessing of the gods, have better souls; and these men are more liable than we to be wounded and killed, if the gods again, as on that former day, grant us victory…let us take the lead ourselves and arouse the rest to valor.  Show yourselves the best of the captains, and more worthy to be generals than the generals themselves.  As for me, if you choose to set out upon this course, I am ready to follow you; but if you assign me the leadership, I do not plead my youth as an excuse; rather, I believe I am in the very prime of my power to war off dangers from my own head.  [III.1] 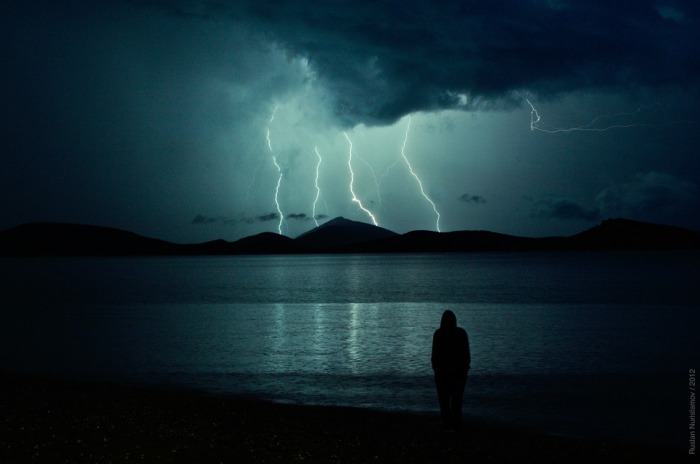 What military commander today would make a point of claiming his men had “better souls” than the enemy?  And yet this invocation bespoke of the power of philosophical training in forging a strong man’s character; Xenophon had a great spirit, and the Socratic training of his morals and character had made it even better.  Would that we had such leaders today, men imbued with idealism and piety, ready to undertake struggle and sacrifice for something greater than themselves!

Xenophon tells us that all present except one were persuaded by his words.  This man, named Apollonides, was a negative defeatist.  He went on and on about how their situation was hopeless, and that they should try to make more efforts to talk to Artaxerxes and negotiate some kind of surrender.  Xenophon cut him off sharply.  He chided Apollonides, telling him that the dead Greek captains and generals had already tried that course, and it had gained nothing except their ignominious deaths.  And the Greeks who had been taken alive, he said, were they not at this precise moment being tortured and degraded by Tissaphernes’s men?  Xenophon mocked his opponent, calling him unfit for command, as well as an effeminate disgrace; Apollonides eventually scuttled away in shame.

This was how Xenophon managed to assume a leadership position in the army of the Ten Thousand.  The army went on to endure an incredible number of trials, escapes, adventures, and fighting retreats as it made its way back to friendly territory.  As we have already noted, Xenophon was not originally a professional military man; before joining the expedition he seems to have had little or no practical military experience.  As Sir Francis Bacon says, in his essay Of The True Greatness of Kingdoms and Estates:

Walled towns, stored arsenals and armouries, goodly races of horse, chariots of war, elephants, ordnance, artillery, and the like:  all this is but a sheep in lion’s skin, except the breed and disposition of the people be stout and warlike…Neither is money the sinews of war (as it is trivially said), where the sinews of men’s arms, in base and effeminate people, are failing.

That is, weapons and provisions are illusions, and do not make a man or a people strong:  only strong character can do this.  Yet hardship has a way of raising up men of good character to leadership positions.  During times of peace and quiescence, men of great character and leadership ability are often passed over or hidden away.  Their talents and abilities are rarely appreciated by those who know only comfort and security.  When we neglect men of talent, character, and masculine virtue, and exalt the incapable, the corrupt, the venal, and the incompetent, we put our very security at risk.  But in times of crisis, everything can change.  The situation selects the man; and the man masters the situation through force of will.

10 thoughts on “Xenophon’s Dream, And The Power Of Character”